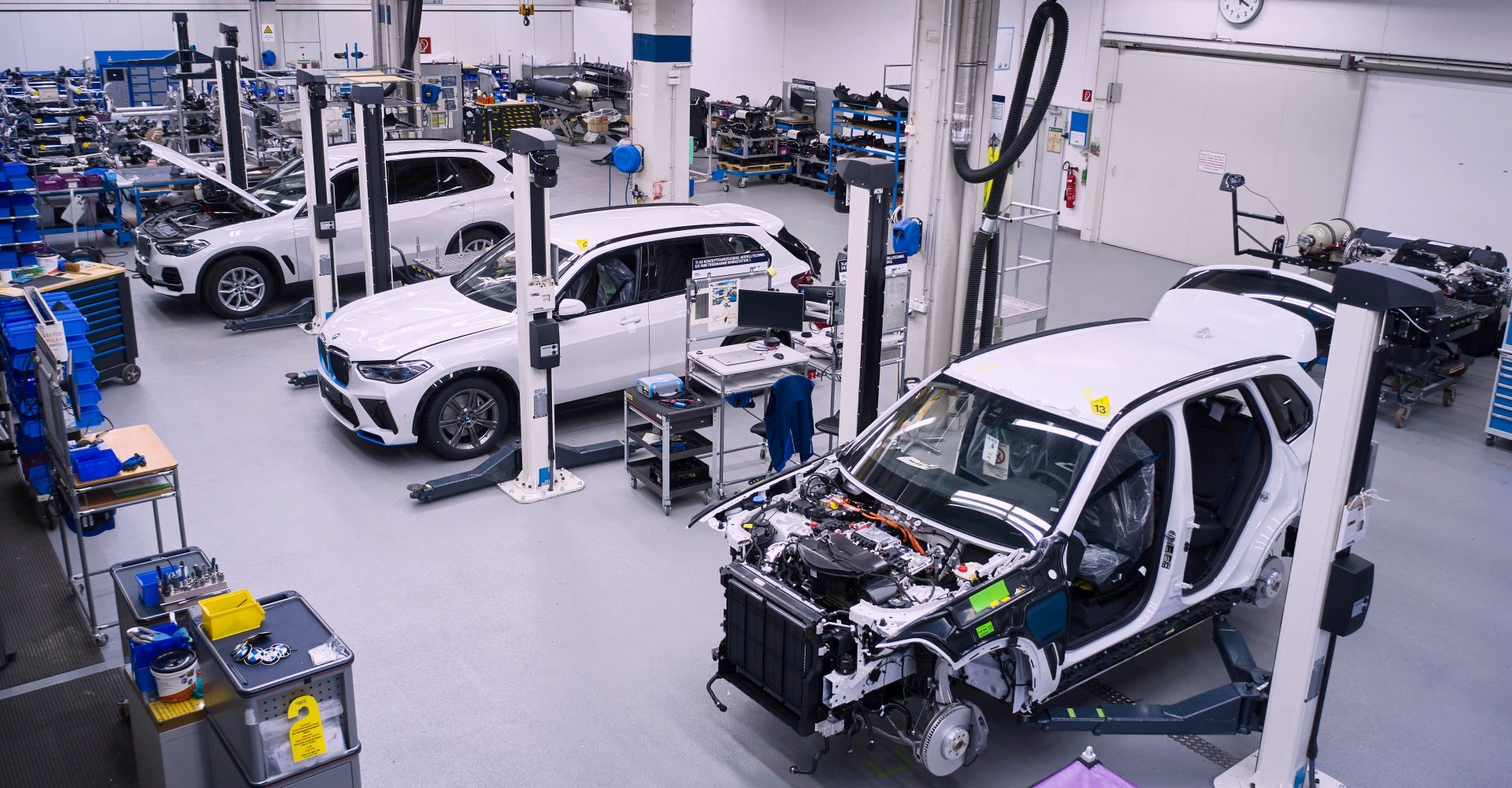 BMW has started production of a small number of test iX5 Hydrogen models.

Due to arrive on the roads in the spring of 2023, production will be taking place at BMW’s ‘pilot plant’ at its Munich Research and Innovation Centre. Around 900 people work at the site, operating in areas such as the body shop, assembly and concept vehicle construction.

The base vehicles are supplied from BMW’s plant Spartanburg in the USA. However, once in Germany they’re fitted with a new floor assembly which allows them to accept two hydrogen tanks in the central tunnel and under the rear seats.

The car’s 12- and 400-volt systems, battery, electric motor and fuel cell are all added at this stage too. The electric motor uses BMW’s latest eDrive technology and already features in many of the firm’s fully electric and plug-in hybrid models. The fuel cell, which is located under the car’s bonnet, is made at BMW’s site in Garching, to the north of Munich.

Frank Weber, member of the board of management of BMW AG responsible for development, said: “Hydrogen is a versatile energy source that has a key role to play as we progress towards climate neutrality.

“We are certain that hydrogen is set to gain significantly in importance for individual mobility and therefore consider a mixture of battery and fuel cell electric drive systems to be a sensible approach in the long term.

The completed vehicles will be used as ‘technology demonstrators’ in ‘selected regions’, according to BMW.