When it comes to previous owners, Top Gear isn’t a name you really want on your car’s log book.

Even though Jeremy Clarkson lost a bet to change his name to Jennifer, he’s not exactly one careful lady owner…

Cars that go through Top Gear’s hands tend to have a brutal time of it, no matter how expensive they are.

While cars taken on to the public road get a bit of stick, it’s nothing compared with how they’re treated on the Top Gear test track – like this BMW M3:

Unfortunately for one chap from Kent, it was to end up as his BMW M3. 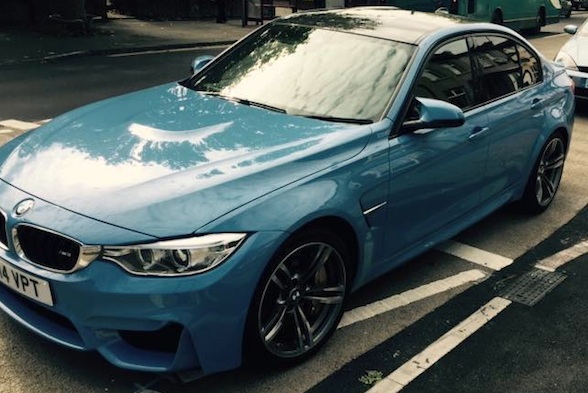 Rob Willis of Dartford caught sight of his car being utterly pummelled by Clarkson on an old episode of Top Gear (probably on Dave) and realisation dawned. His car was a bit of a pup, constantly plagued by strange noises and odd behaviour.

The dealership from which he’d purchased his second-hand BMW hadn’t passed on this vital piece of information – though to be fair it may not have even known – and the car was quickly swapped for a BMW 330d, with plenty of compensatory goodies.