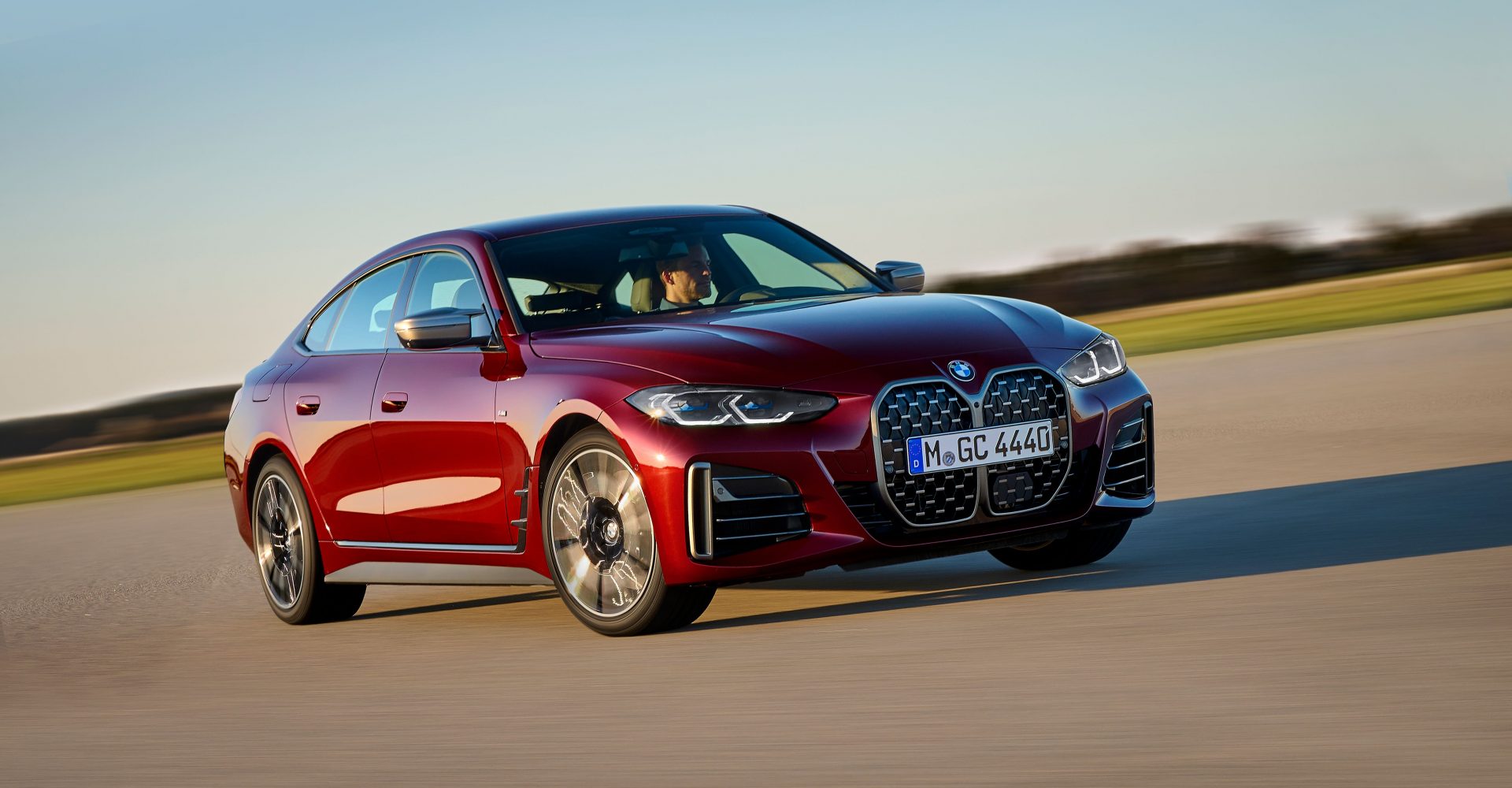 BMW has revealed the more practical Gran Coupe version of its 4 Series.

It makes the model a four-door for easier access to the more spacious rear seats, but retains swoopy, coupe-like styling to distinguish it somewhat from the 3 Series saloon.

The Gran Coupe is based on the regular 4 Series and therefore gets the same design updates, including the controversial front grille. It also means it’s slightly bigger than its predecessor, with the width accentuated by the vertical air intakes on the outer edges of the bumper.

The top-spec model is the M440i xDrive, which gets slightly sportier styling touches to the exterior with grey and gloss black accents to make it stand out from the rest of the range.

This model gets a 3.0-litre six-cylinder petrol engine making 369bhp and 500Nm of torque that allows it to sprint from 0-60mph in 4.7 seconds – yet BMW reckons it should still return about 35mpg.

BMW says it has specifically tuned the 4 Series Gran Coupe to be fun to drive, and has fitted M sport suspension across the range, with only the M440i getting upgraded adaptive suspension as standard.

Other technical highlights include a lightweight braking system with optional M Sport upgrades, and an M Sport differential to improve cornering ability.

Specific to the Gran Coupe, BMW says headroom has improved over the previous model for front passengers, while those in the rear now get ‘significantly more’ legroom. Meanwhile, the boot has an automatic opening and closing mechanism.