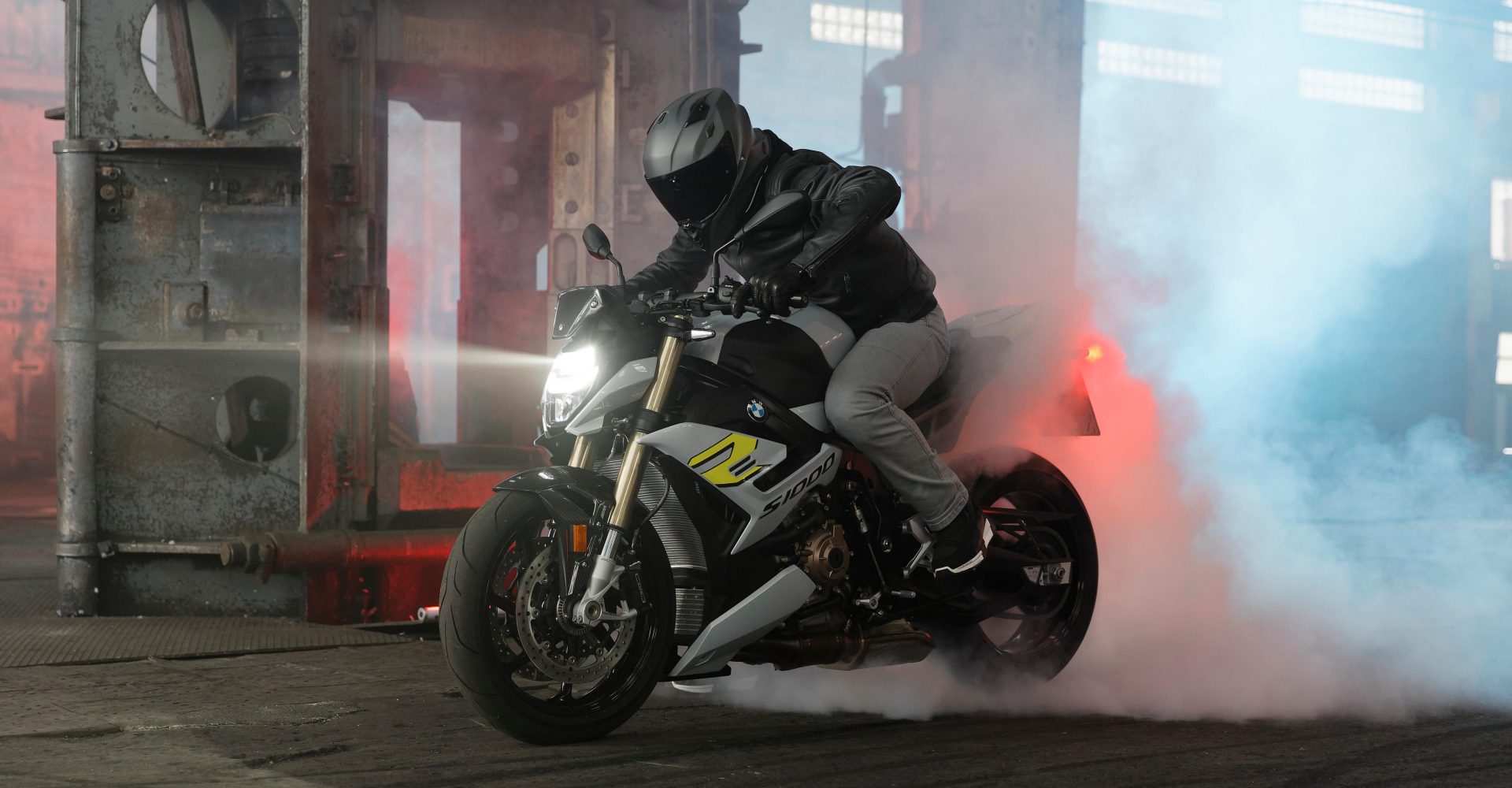 BMW has introduced a new version of its powerful S1000R motorcycle.

Replacing its predecessor – launched in 2014 – the new S1000R is now lighter and even sharper than before.

Based on the S1000RR, the new bike brings 165bhp at 11,000rpm and 114Nm of torque, combined with an ultra-low weight of just 199kg. The engine is based within a chassis which takes cues from the RR too, helping to bring the weight down by 6.5kg over its predecessor. The new frame is narrower than before, while the handlebars can be adjusted too.

A new lightweight exhaust has been fitted, both to reduce weight and ensure that the bike meets EU5 emissions standards.

Gear ratios for the S1000R have been lengthened, too, in order to reduce noise and fuel consumption when travelling at higher speeds.

The S1000R also features a 6.5-inch TFT screen which gives the rider access to all of the bike’s key functions. For instance, they can view an app-based arrow navigation system for directions to their destination. However, a stripped-back ‘Pure Screen’ setup removes any extra information and leaves just key readouts such as speed.