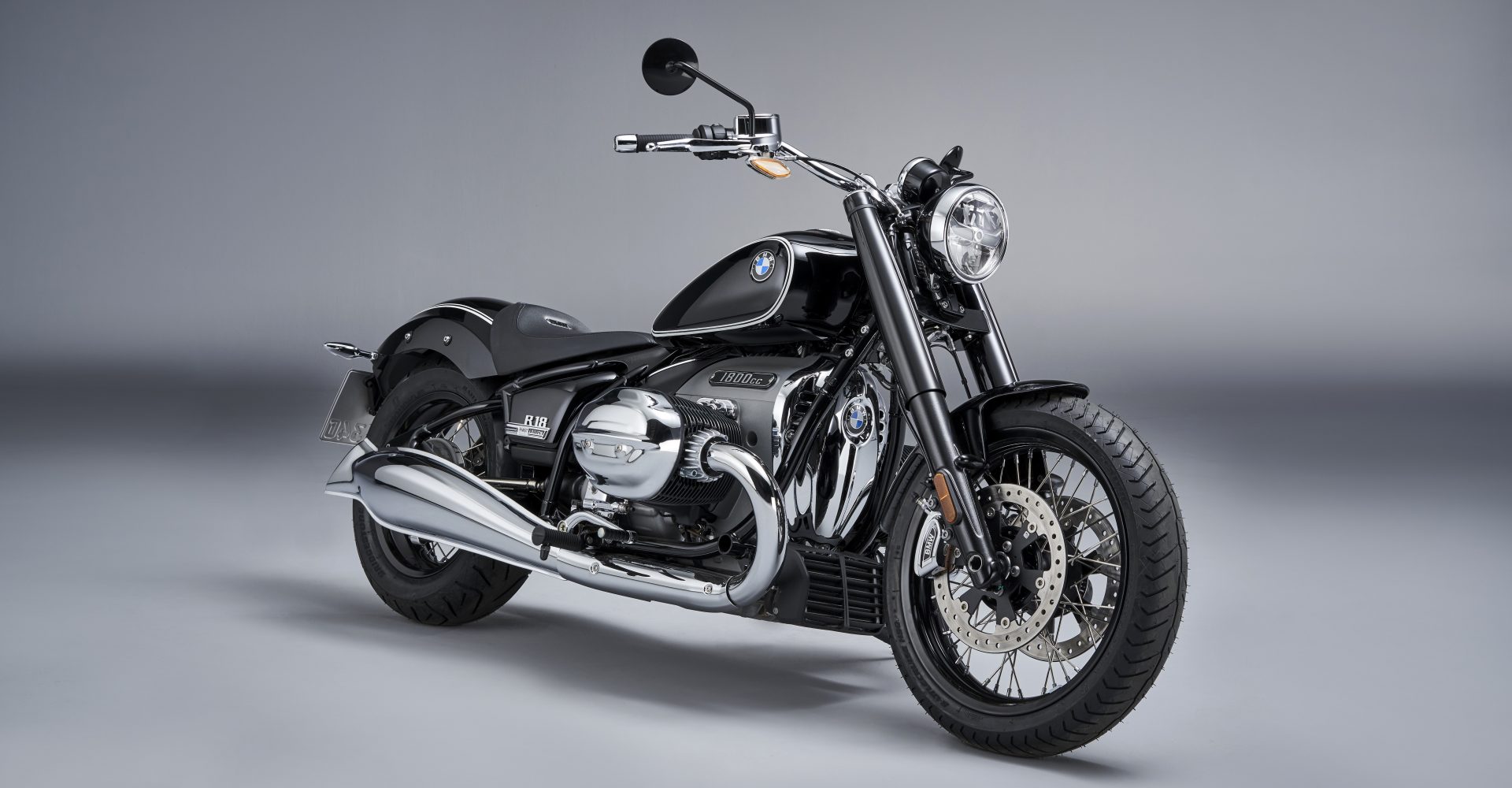 BMW has revealed its all-new cruiser motorcycle – the R18.

That motor is the most powerful BMW boxer engine ever made, packing more than 158Nm of torque and 89bhp, powered through a six-speed gearbox. There’s even a reverse gear, though this is driven from the starter motor.

Housed within a steel cradle chassis, the R18’s engine offers 150Nm from 2,000 to 4,000rpm, meaning there’s plenty of low-down grunt available for overtaking or merging onto motorways.

However, the R18 incorporates many high-tech features despite its throwback looks. Separate riding modes are available – Rain, Rock and Roll – alongside traction control, cruise control, hill-hold control and even keyless ignition.

First Edition-specification bikes will be available initially, featuring plenty of chrome elements and pinstriped paintwork. A ‘First Edition’ chrome clasp on the side covers will also be incorporated.

BMW has also made the R18 conversion-friendly, so that owners are able to more easily change the look of their bike. The rear frame of the bike can easily be removed or replaced, while the hydraulic lines for the brake, clutch and cable harness get easy attachment points so that the handlebars can be changed.

All this design and technology does come at a cost – with the R18 First Edition arriving with an £18,995 price tag. First models are expected to arrive in September.