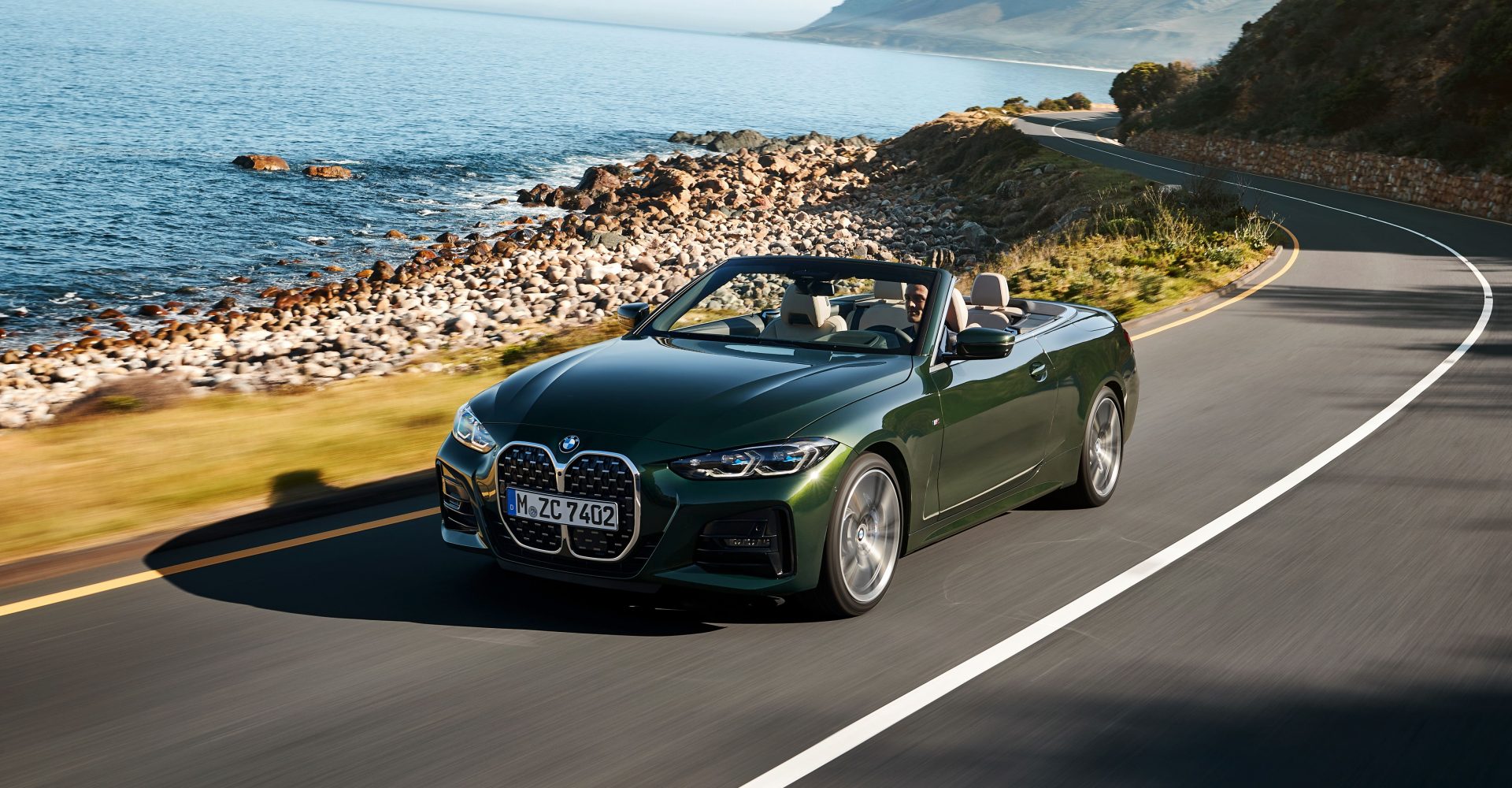 BMW has revealed its new 4 Series Convertible, bringing a drop-top variant to the recently-introduced model.

With first deliveries expected in March and UK prices starting from £45,785, the new 4 Series Convertible joins the regular hardtop 4 Series coupe in the range.

All cars come in M Sport specification as standard and come with full LED headlights regardless of trim level. The folding fabric roof, meanwhile, has been designed to deliver the robustness of a retractable hard top with the ‘appeal of a fabric roof’, according to BMW, combining large panels and a flush-fitting rear window. Several layers of insulation also ensure that the roof retains the car’s refinement, yet it’s 40 per cent lighter than the outgoing car’s metal retractable roof. It’s able to open or close within 18 seconds at speeds of up to 31mph.

Inside, all cars get leather upholstery as standard as well as three-zone climate control, electric seats and a reversing camera. As already mentioned, all cars come in M Sport specification as standard, which brings large front air intakes and a sculpted rear apron as well as 18-inch alloy wheels and full M Sport suspension.

A digital instrument cluster measuring 12.3 inches is fitted as standard, sitting alongside a 10.25-inch display which houses all of the main infotainment functions. Both Android Auto and Apple CarPlay are supported, too.

A new M440i xDrive model has been added too, bringing a six-cylinder petrol engine and sitting as the flagship in the range. As well as a full M Sport differential, it gets contrast red brake calipers and 19-inch light M alloy wheels.

It’s joined in the range by two four-cylinder petrol units – badged 420i and 430i – while a four-cylinder diesel engine badged 420d will also be available. A more powerful 430d will also hit the market, albeit later in 2021. The former will achieve up to 67.3mpg, with the latter returning a claimed 50.4mpg.

At the top of the range of diesels sits a twin-turbocharged M440d xDrive. As well as the added capability of all-wheel-drive, this model can return up to 44.8mpg while emitting 165g/km CO2.

All cars come with an eight-speed automatic transmission as standard.

A wider range of assistance systems has been included in the new 4 Series Convertible compared with its predecessor, bringing features such as lane departure warning, speed limit info and park distance control.