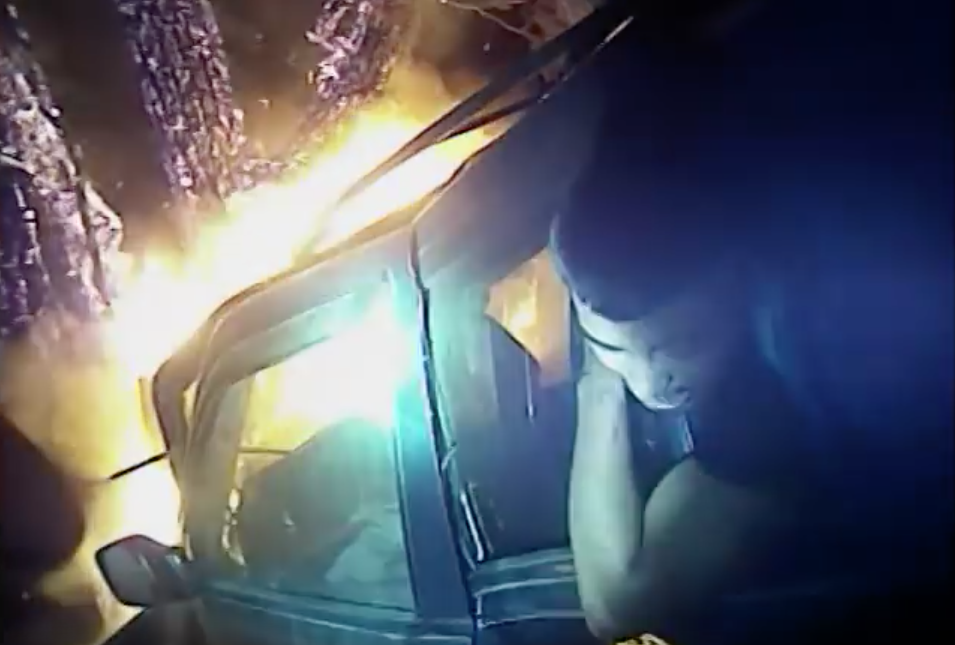 Police officers in America have been getting a bad rap recently. Too often, we see video released that shows them shooting first and asking questions later.

Fortunately, new bodycam footage recorded in Georgia, USA, is a timely reminder that most cops excel at what they do and are indeed out to protect us.

The dramatic video begins with a frantic phone call from a man reporting that a car is on fire outside his house. Senior Police Officer Dan Whitney raced to the scene and found a man trapped in a small rear window, trying to escape.

Unknown to the policeman, the driver was still trapped in the vehicle and died in the crash.

Determined to rescue the passenger, Whitney grabbed a fire extinguisher to put out what flames he could and buy himself some time. He then smashed a window and summoned all his strength to pull the door open, freeing the man.

So next time the news is focusing on a bad cop, remember there are plenty more officers out there doing good.