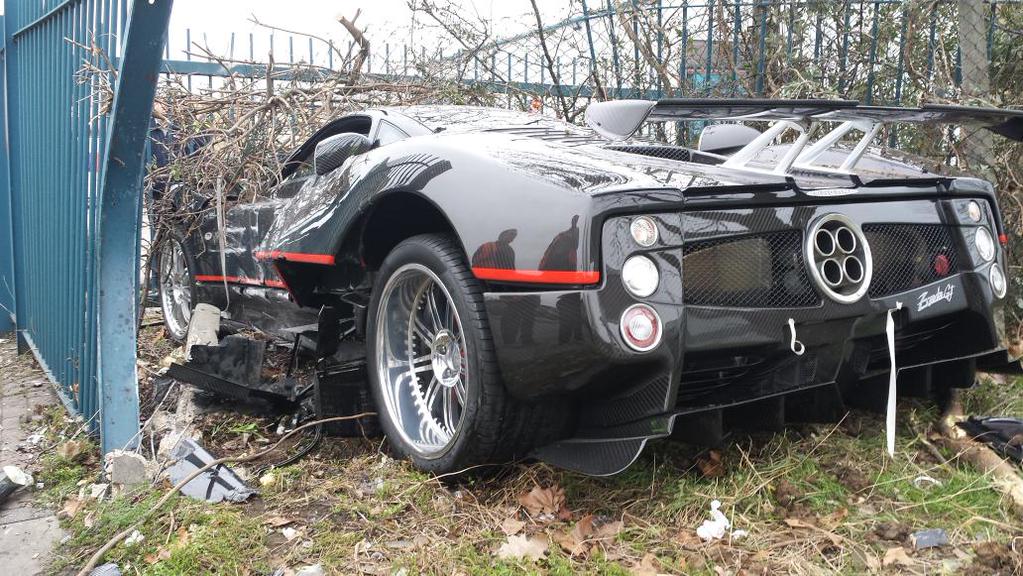 Details have emerged of the Pagani Zonda F crash in London that we broke the news of in February.

Turns out it was someone’s bodyguard who was responsible and the car – worth around £1m – was uninsured.

Andy Danso had been driving the sports car back from its MOT in February when he ran it into a sturdy metal fence in Wembley.

He originally told police he’d had to swerve to miss a “silver car”. But CCTV caught him out by showing there was no such vehicle around, and he’s now admitted that the accident was caused by him adjusting his seat. Apparently he was too embarrassed to tell police what had really happened.