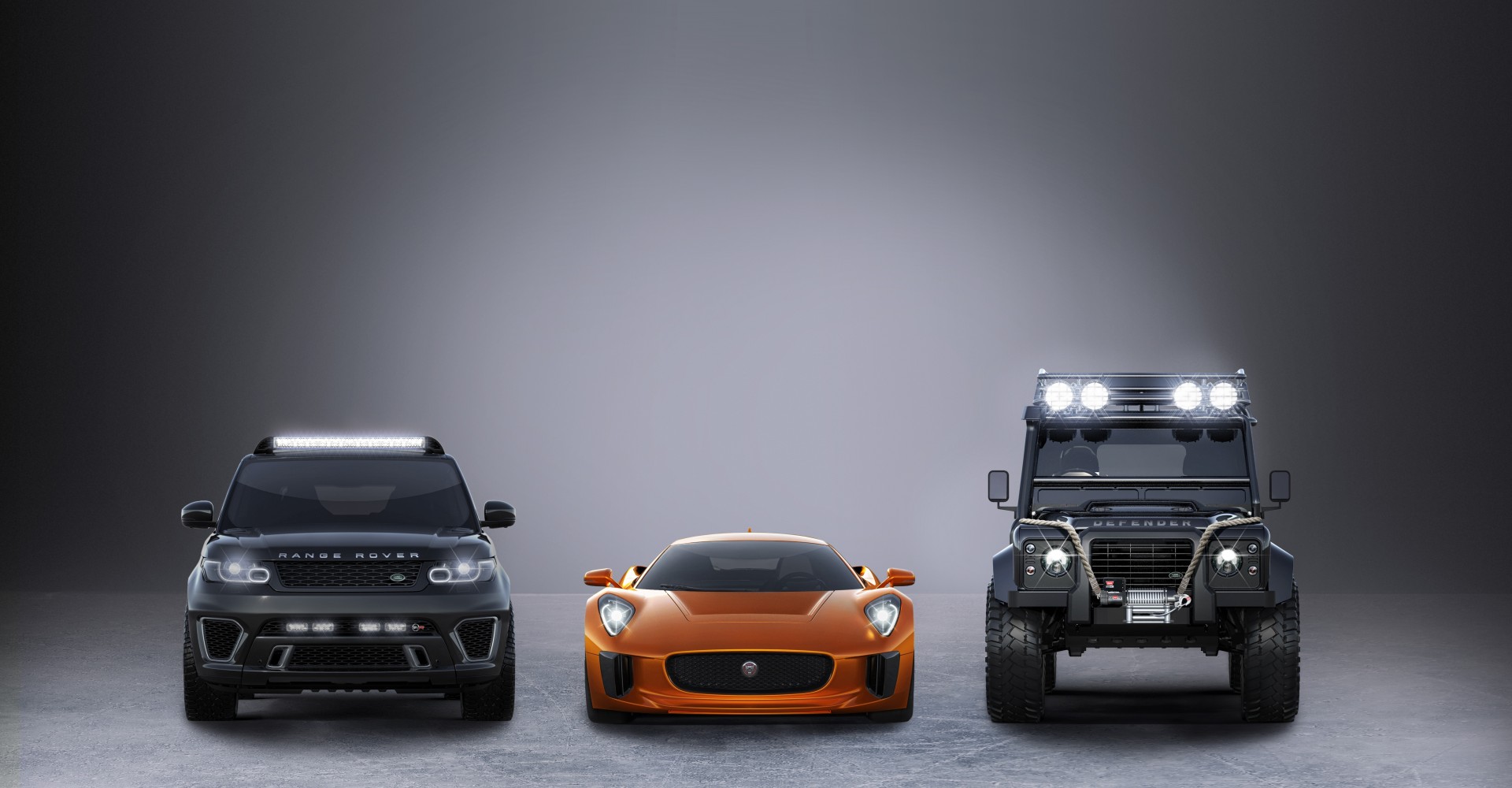 But will super-agent James Bond be shaken or stirred by the hypercar freshly announced as appearing in his next movie outing?

Pictured in the middle of the trio above, it’s going to be driven by the chief villain, played by Christoph Waltz, in a “spectacular” (so the hype goes) car chase around Rome, with Bond – aka Daniel Craig – in the new Aston Martin DB10. Sometimes the bad guys really do get the good breaks as well . . .

That’s not the only mouthwatering motor that Jaguar Land Rover is unleashing in all its cinematic glory.

Also appearing in the film, called Spectre and due for release on November 6, will be a Range Rover Sport SVR – the zippiest, most powerful Land Rover ever, we’re told – and a Defender Big Foot. All of them are the handiwork of the suitably cloak-and-dagger-named Jaguar Land Rover Special Operations.

As Bond/JLR geeks well know, Jaguar and Land Rover vehicles are no stranger to the 007 movie franchise. The most recent appearance was in 2012’s Skyfall, which saw the rugged Defender 110 Double Cab Pick Up appear in the opening sequence.

Bond will no doubt need a good towel-down after this great British marque-off. (What do you mean that’s just a gratuitous excuse to show this, ahem, iconic clip?)