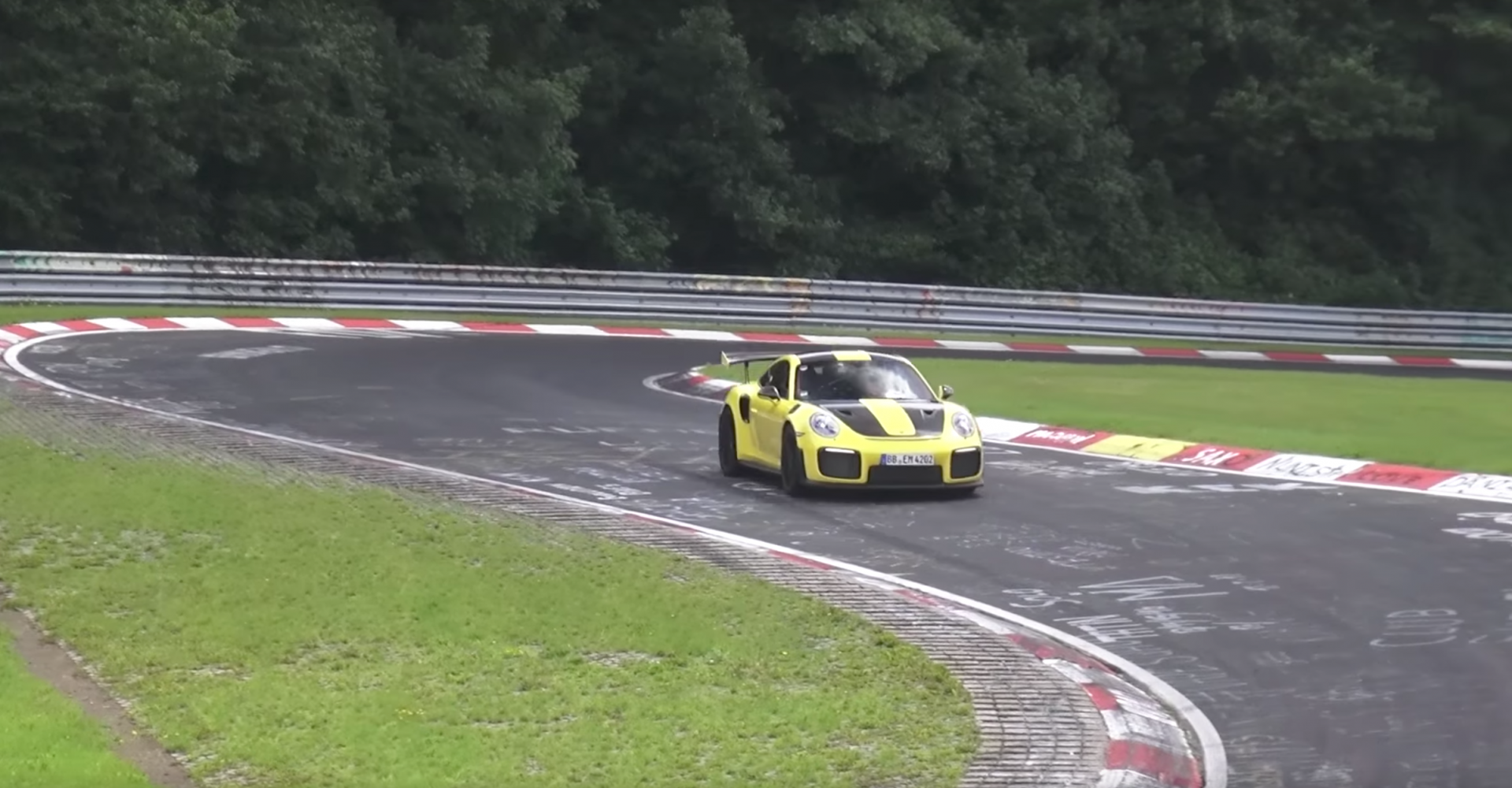 We can’t wait to get our hands on the new Porsche GT2 RS here at SuperUnleaded. What isn’t appealing about a stripped-out, rear-wheel-drive sports car with nearly 700bhp?

Until that time, however, we’re going to have to make do with internet videos such as this one, which shows not just one but two GT2 RS pounding around the Nurburgring.

According to motoring blog Carscoops.com, the yellow car seen in the video is a Porsche factory vehicle that’s preparing to set an official Green Hell lap time.

The fastest Porsche to lap the notorious track is the 918 Spyder, with a time of 6:57. The boss of Porsche Motorsport, Frank-Steffen Walliser, has reportedly claimed that the GT2 RS could be looking at a sub-seven-minute time as well.

If this video is anything to go by, it would seem that Walliser isn’t too far wide of the mark. The GT2 RS is FAST.