It’s one of the oddest things to be proud of, but our road signs in the UK are really rather good.

You learn to appreciate them if you do any driving on the continent or in the USA. The clear fonts and obvious pictograms leave you in little doubt as to what’s going on and what to look out for.

So when we hear that one’s being changed, it had better be with good reason. On the face of it, though, this isn’t much of an alteration to the school crossing sign: 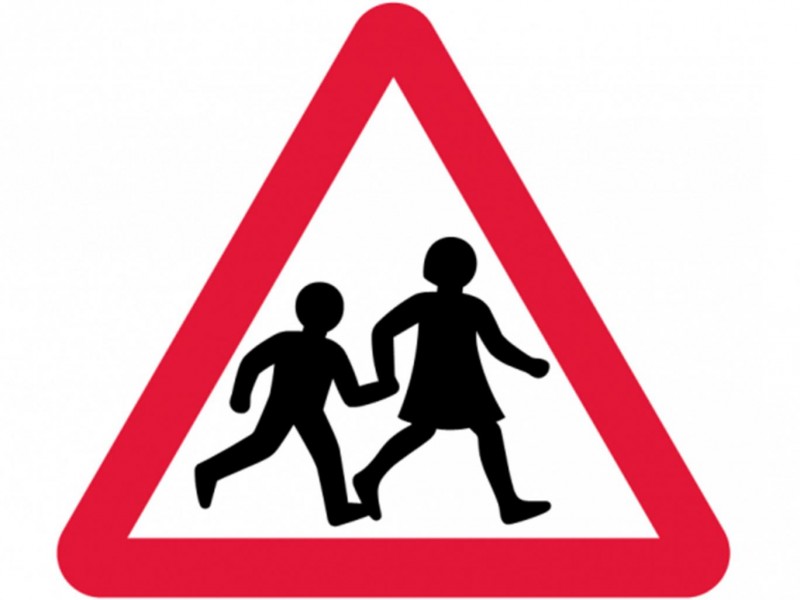 As you can see by the side-by-side shot in the main picture, you’re not exactly going to fail a driving theory test thanks to this change. In fact, it’s going to be difficult to spot the difference at 20mph – and to be honest, even sitting and examining them for half an hour won’t reveal much.

The good news is that the designer is the same as the original: Margaret Calvert. Along with Jock Kinneir, Calvert designed all of the UK’s road signs and even the typefaces used on the signs in the 1960s. The girl in the image is modelled on Calvert herself, leading her younger brother across the road.

It turns out that the redesign is owed in part to the fact that Calvert’s original design didn’t copy across faithfully to recent versions, with the process of digitising the image repeatedly over time from the hand-drawn original causing some degradation.

A spokesperson for the Department of Transport said:

As part of our recent reforms to the traffic signs regulations, we have updated the artwork for the school crossing sign, which had become degraded from the original over time. This has been produced at no cost to the tax payer. There is no requirement for authorities to replace any existing signs, but over time the new version will start to be seen as existing signs are replaced at the end of their life.

As for the differences, we spotted seven after a close examination. Answers on a postcard…