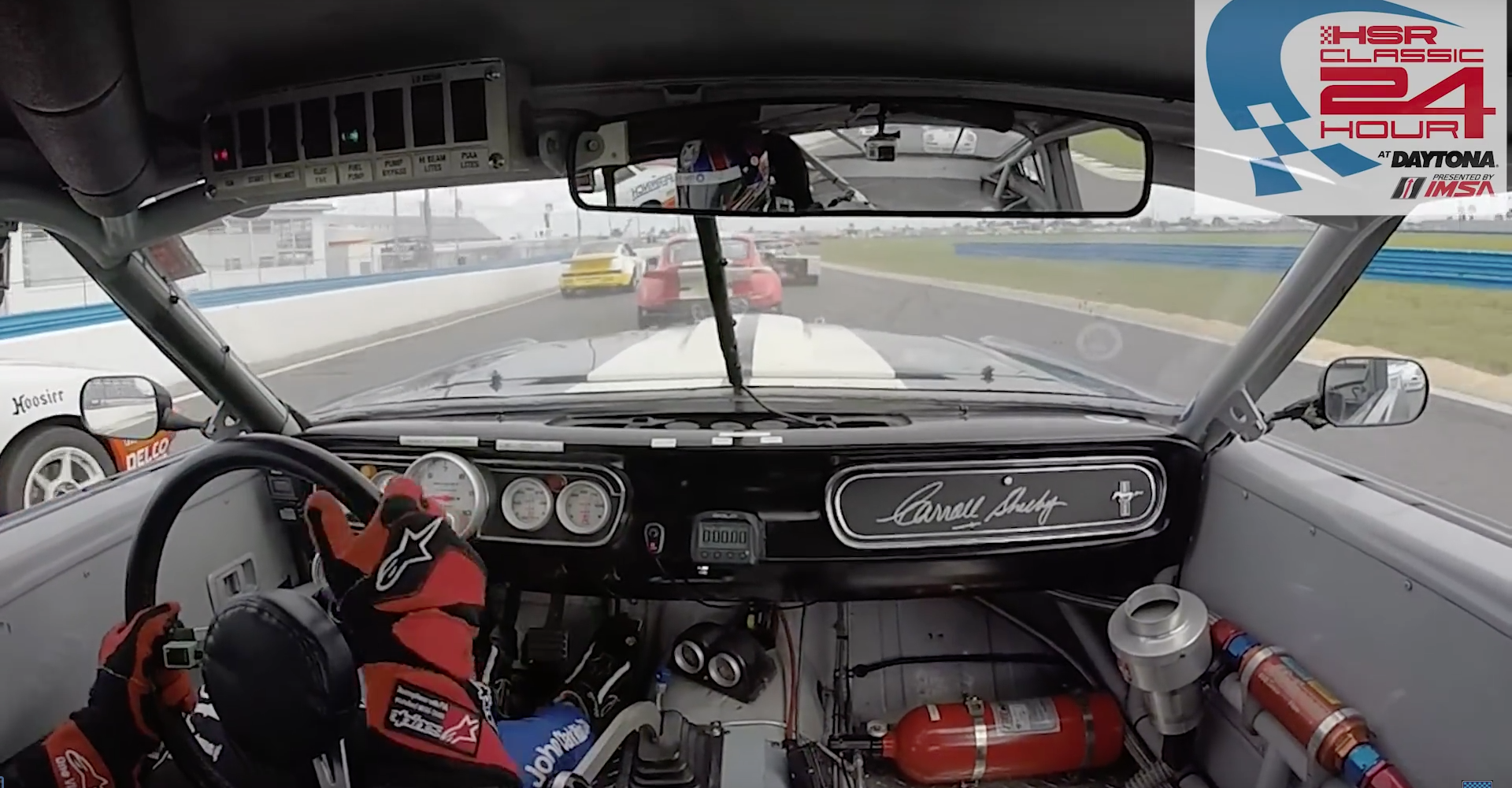 It’s not a lot of fun being stuck behind much slower traffic intent on dawdling along and ruining your day.

So we really felt for British racing driver Oliver Bryant – a ten-year veteran of GT3 class racing – when he started this open formula Historic Sportscar Racing Class F race at Daytona International Speedway in 25th place and with what seems to be 24 much slower cars ahead of him.

Bryant, who appropriately enough lists his occupation as a racing driver coach, very quickly sets about the pack and over the course of the next three laps passes every single one of them.

Class F is an open category, so the cars range from proper classics such as old Porsche 911s and the odd 914 right up to modern Caymans and a Lotus 211. Bryant’s weapon of choice? A stroked 1965 Shelby Mustang – the oldest and best-sounding car in the race.

Sadly, though, it didn’t last, as Bryant retired 15 laps from the end, but this virtuoso passing performance has more overtakes than an entire season of F1…