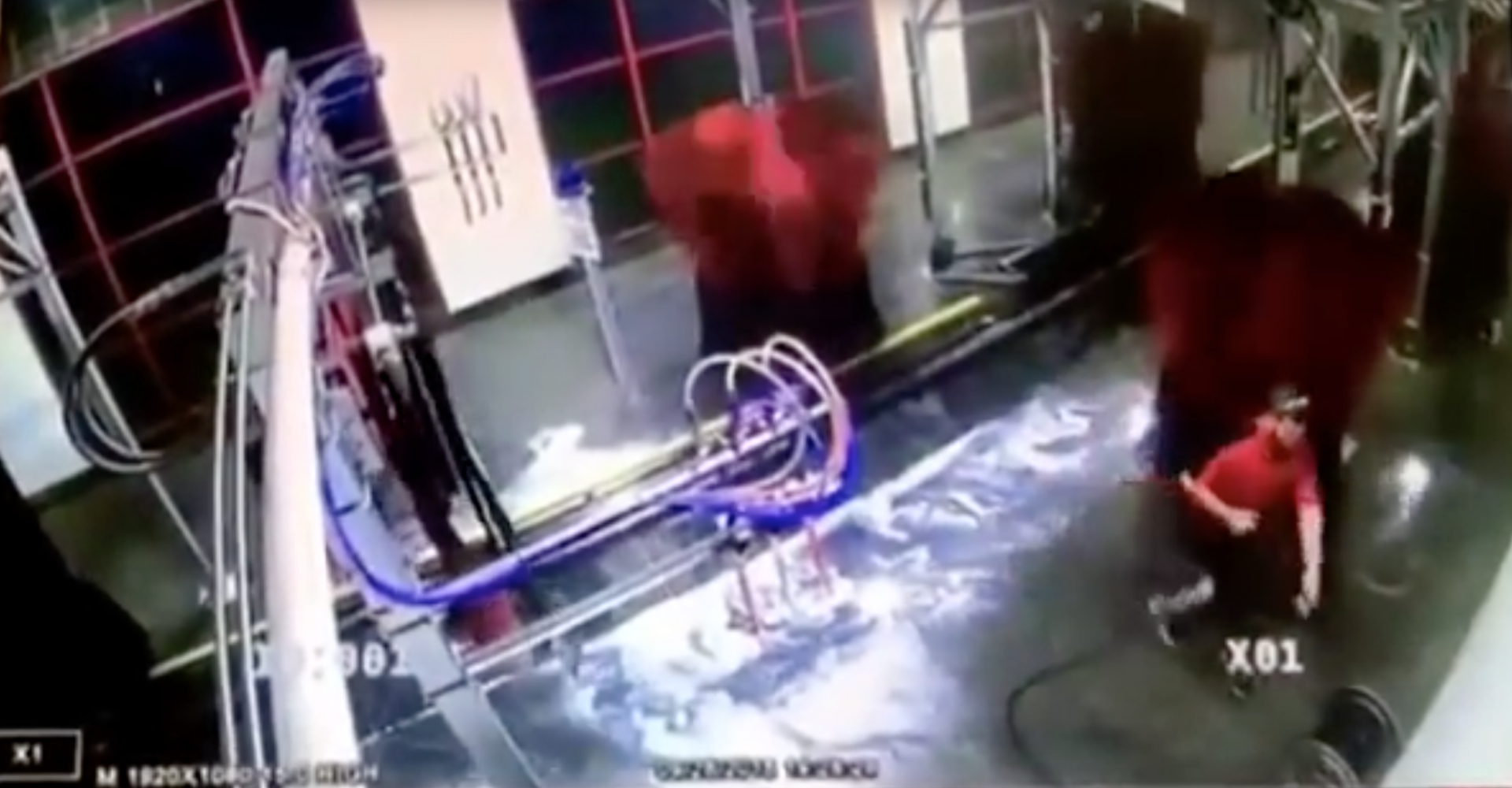 Dead or Alive’s 1985 No 1 hit is no doubt going to become very popular at one Louisiana car wash after manager Josh Hood was accidentally caught up in the giant spinning brush.

While cleaning the car wash area, the hose Hood was holding became entangled in the spinning brush, dragging him in with it.

Despite his valiant efforts to escape, Hood was taken on one final floor-scraping spin before the brush spat him out.

Only suffering from slight road rash on his knees, the ex-serviceman commented:

That was scarier than anything I’ve been through in the military. I thought I was gonna hit steel poles around it as I was spinning.

Watch the full spectacle below: