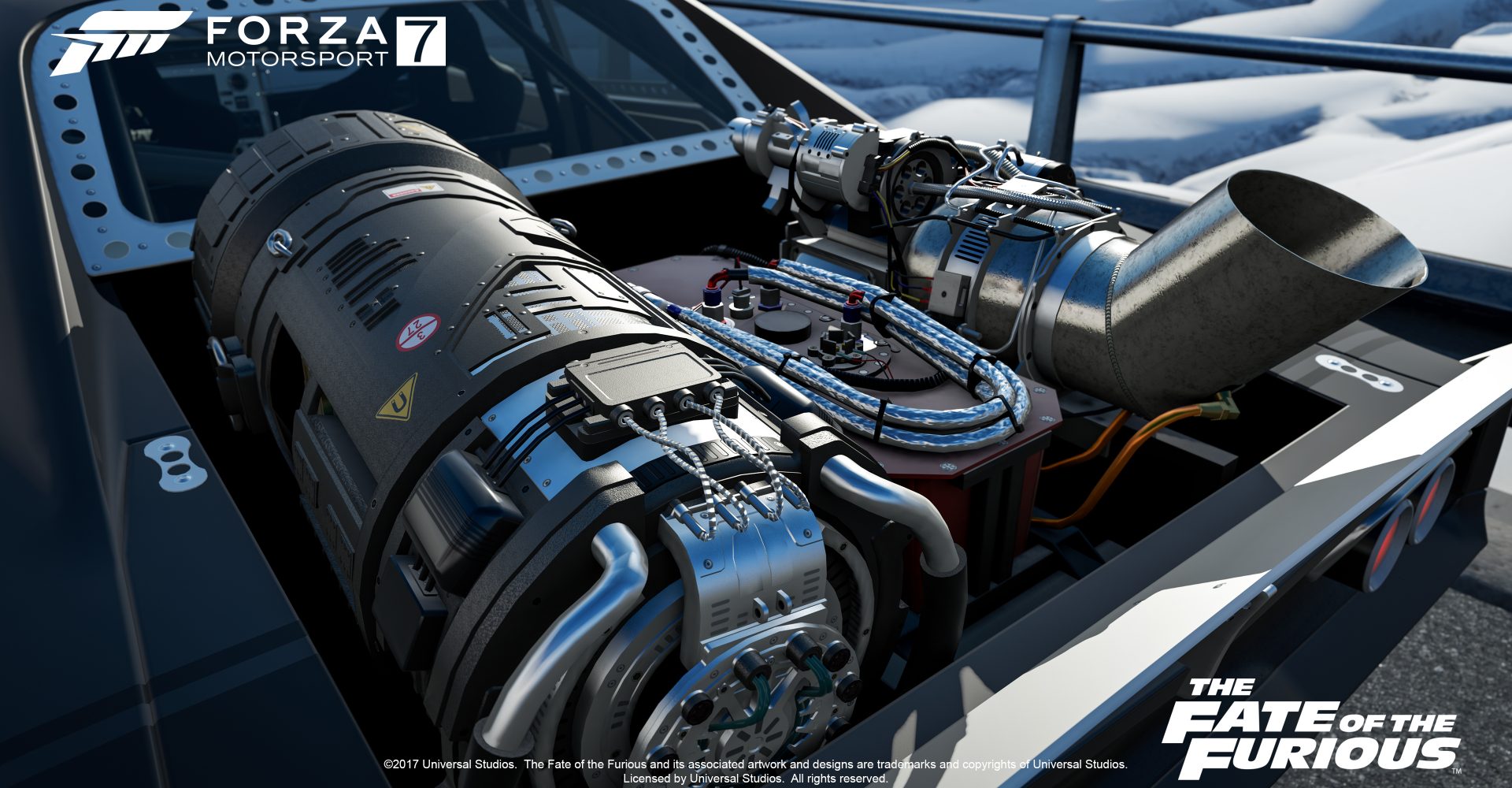 The long-standing partnership between Forza and Fast and Furious has just spawned something new — The Fate of The Furious car pack.

If you’re in Britain, you’re probably wondering what on earth The Fate of The Furious is. For some reason, we got it as Fast and Furious 8 — and now its star cars are coming to the upcoming Forza Motorsport 7. So, what’s included? 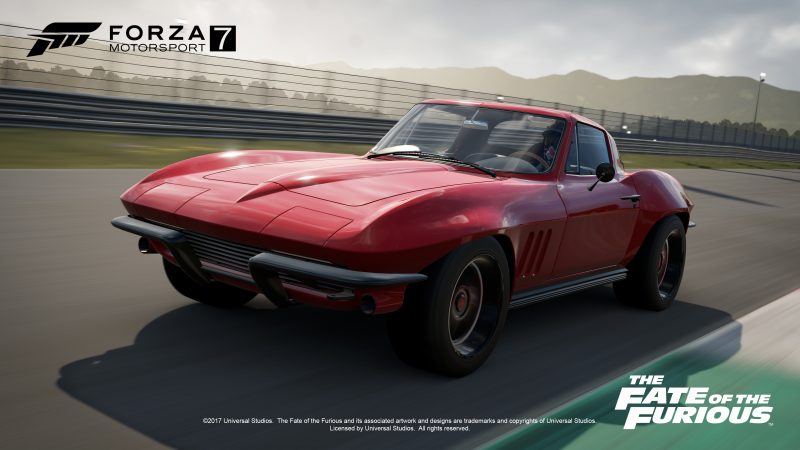 It kinda looks like a shark with flared wheels arches. Oh, and it’s got 400bhp sent through the rear wheels. Want! 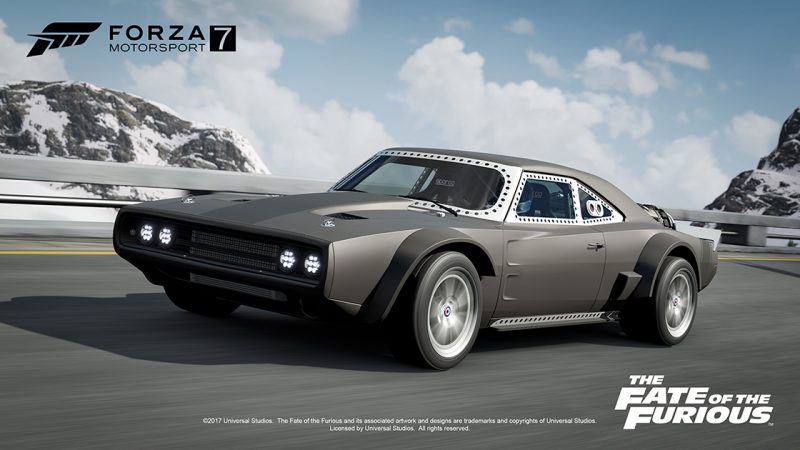 Fast and Furious films aren’t complete without Vin Diesel driving a Dodge Charger — so it’s only right one was included in this car pack.

Unlike your usual Charger, though, this one is built for ice racing and features all-wheel drive plus a Chevy V8 engine spitting out tons of horsepower. 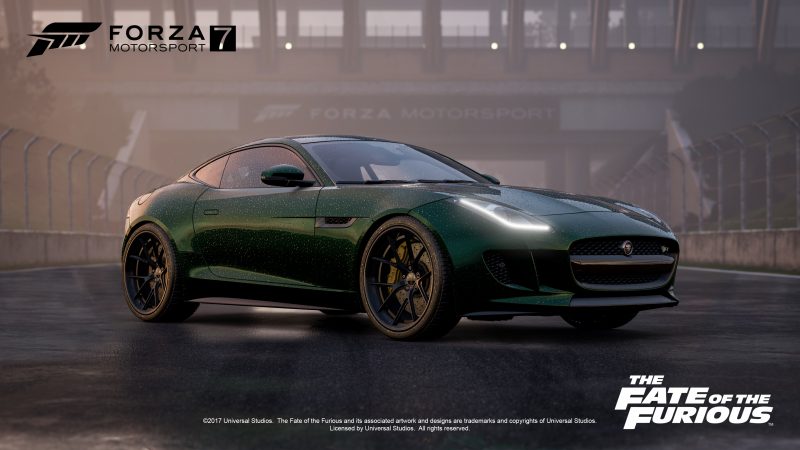 Not a whole lot has changed on this Jaguar F-Type, driven by Jason Statham, over the standard car — but it’s certainly a stunner. 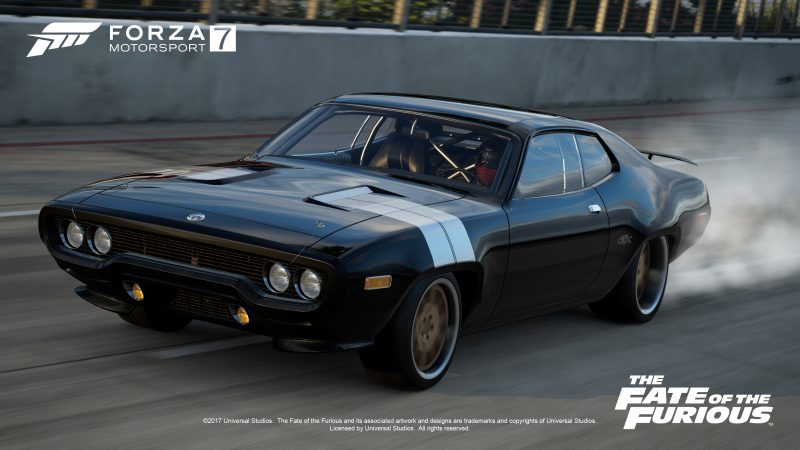 The Plymouth GTX was one of the very last of the original muscle cars, and in stock form its Road Runner 383 V8 was good for 335bhp.

How powerful is this one? We don’t know, but we’re betting it’s a whole lot more than 335… 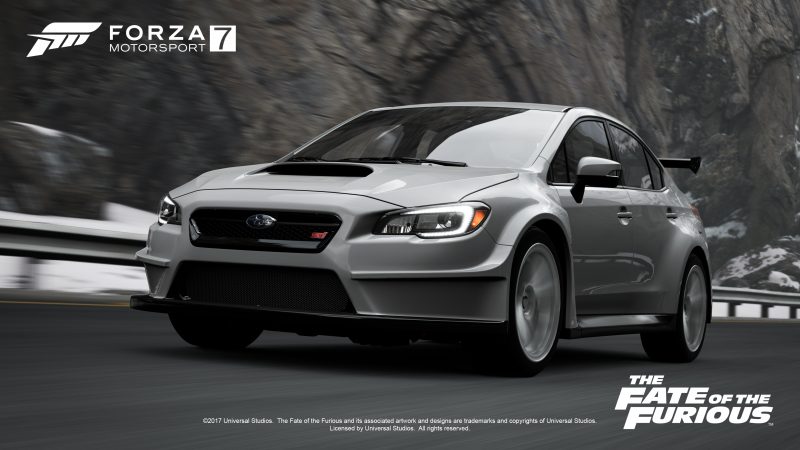 The WRX STI is a car that can’t be accused of lacking grip normally, but this one takes that a step further.

Thanks to a huge wide-body kit, picnic-table-sized rear wing and a reduction in weight, we imagine this Japanese beats will feel glued to virtual circuits.

Now, if only it could be painted with WR Blue Mica… 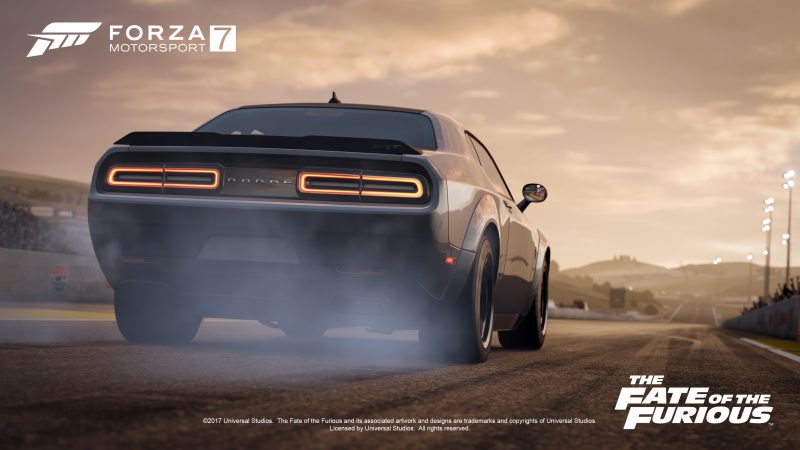 840 brake horsepower. EIGHT HUNDRED AND FORTY! No more needs to be said. 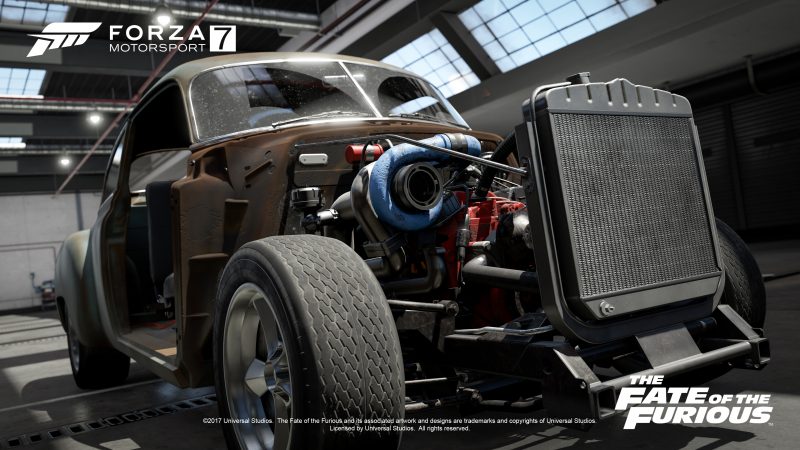 This one, however, is not that at all. Aside from the obvious stripping of body panels, it’s had a Garett turbocharger from a marine bodged on to it — good for 30 pounds of boost. However, unlike in the film, it shouldn’t catch fire. 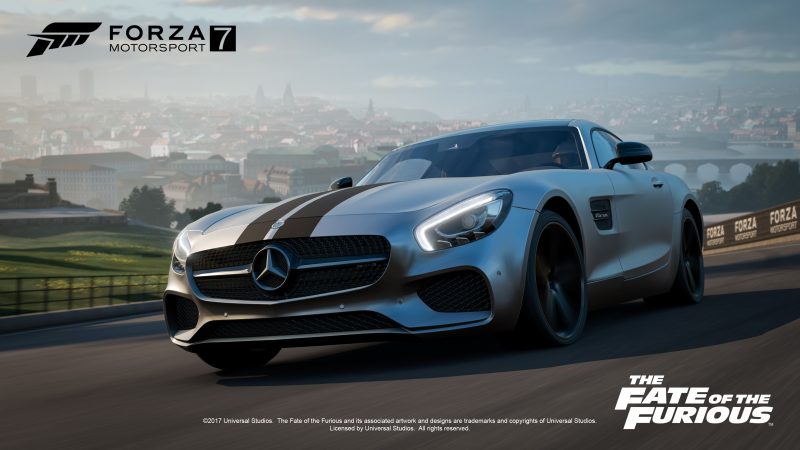 OK, so we’re not actually saying anything is different on this AMG GT-S compared with the standard car — except for the stripes.

The car is no slouch, though. It features a twin-turbocharged 4.0-litre V8 engine that develops 577bhp. 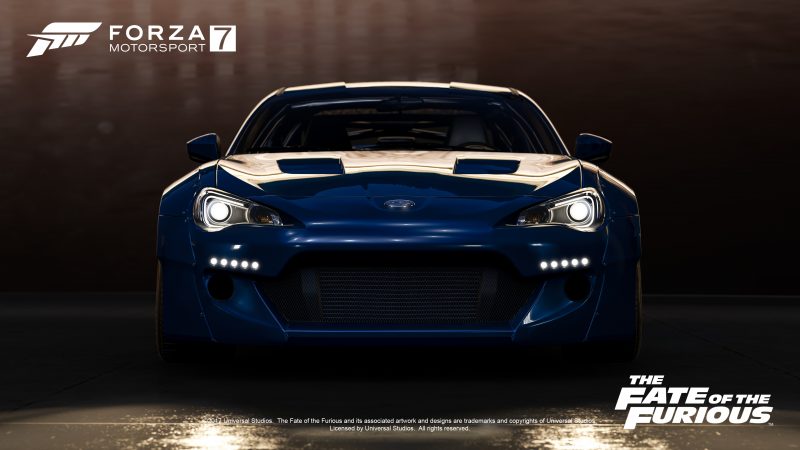 Underneath, little has been changed to this Subaru BRZ (so, it’s not just Subaru that refuses to put more power in!) but it does sport a mighty Rocket Bunny kit.

Can we all just take a moment to appreciate those bolt-on wheel arches, please? 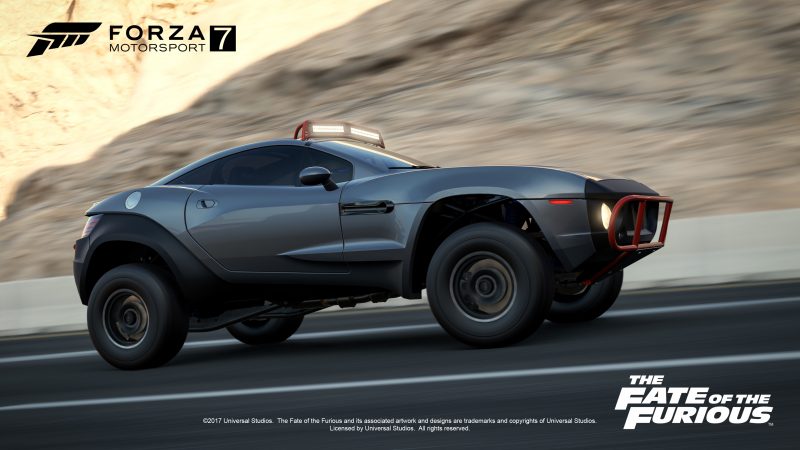 We’re not sure how useful the off-road capabilities of the Rally Fighter will be in a circuit racing game, but those lights definitely look like they could illuminate an entire planet.

Fancy getting the Fate and Furious car pack for Forza Motorsport 7? It’ll be available for £10 when the game is released on October 3 on Xbox One and PC. However, if you buy either the Deluxe or Ultimate edition of FM7, you’ll receive the pack for free — the latter of which is out this coming Friday. Hurray!