Now this is a proper restoration project!

Among the incredible collection of motorbikes Bonhams is offering at its autumn sale this weekend is this Singer Motor Bicycle dating from about 1901.

The Singer Cycle Company was founded in 1896 by George Singer. By 1900, it had started work on a pioneering motor wheel, designed by Perks and Birch.

The result of this innovation was the Singer Motor Bicycle, a meeting point between the bicycle and the motorcycle. It featured a vertical engine – available with an output of either two bhp or 2.5bhp – carburettor and ignition gear, all of which were housed inside the rear wheel.

Included on the bike are two ‘light assistance pedals’ to be used if the engine isn’t producing quite enough power. But designer Perks was so confident that these weren’t needed, he would take the bike to hill-climb events and complete the course while holding the pedal drive chain in one hand. 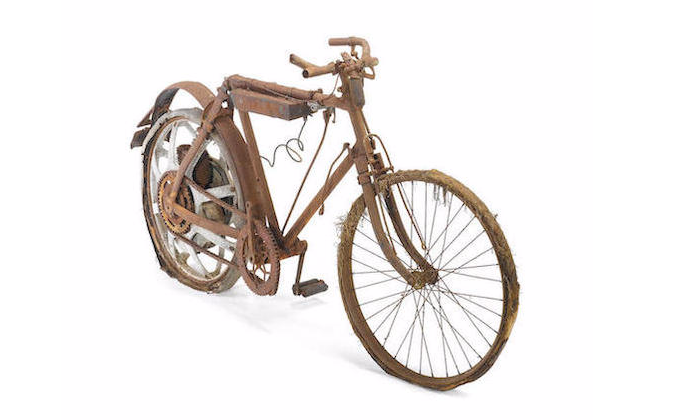 However, this particular example won’t be capable of that in its current state, as it’s missing its seat, carburettor, a pedal and several of its control linkages. The rear chain sprocket is present and larger than usual, though, suggesting this bike was used for a competition at some point.

Bonhams is putting the vehicle under the hammer at its Autumn Stafford Sale at Staffordshire County Showground on Sunday, with an estimate of £8,500 to £12,500. For your money, you get the bike, a set of old-fashioned tyres and some chrome cycle rims. 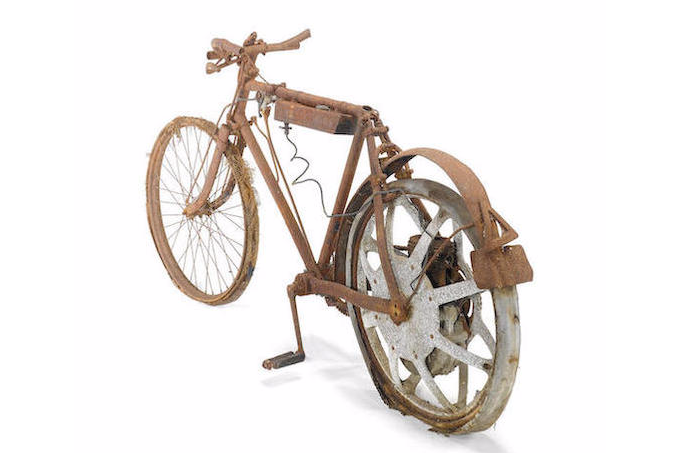 Unfortunately, there’s no visible frame or engine number, nor are there any registration documents, so all that’s known about this bike’s history is that it was built at the Singer factory in Coventry. Still, it’s an impressive piece of motorbike history.