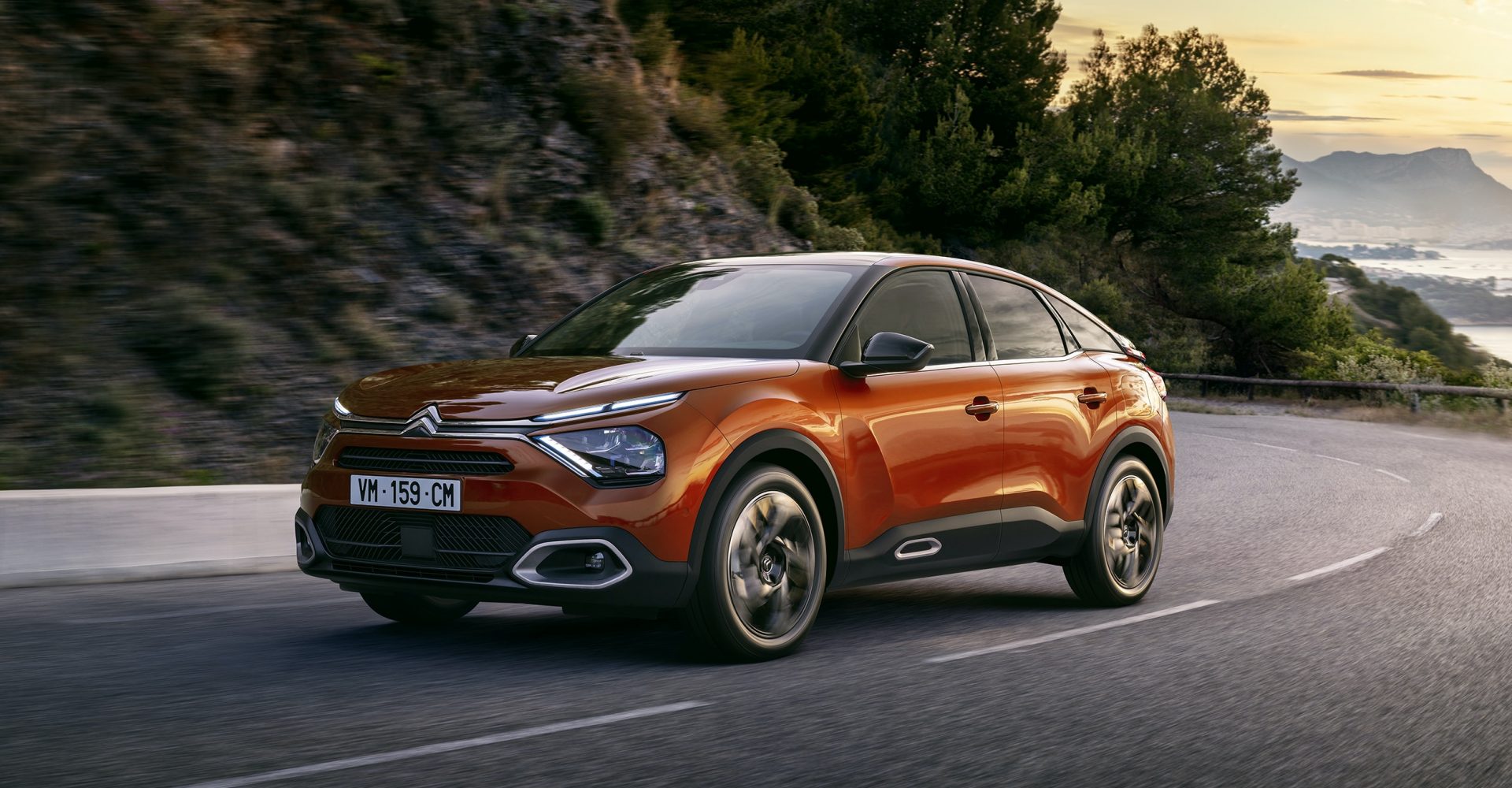 Citroen has revealed its latest-generation C4, bringing a fresh new look to the model alongside a new electric powertrain option.

Having previously been teased in images released in June, this is the first time that we’ve seen the new model in full.

In stark contrast to the previous-generation car, the new C4 has been raised up to give it a more commanding presence on the road, while the interior boasts more technology than before while still delivering the same level of comfort offered by the car it replaces.

The interior is dominated by a 10-inch high-definition touchscreen infotainment system, while a special tablet holder has been integrated into the area ahead of the passenger, allowing them to comfortably view their devices while on the move.

The e-C4 utilises a 50kWh battery which, Citroen claims, will return up to 217 miles between charges. It joins conventional petrol and diesel options which will be revealed in more detail later on.

A range of advanced assistance systems have been incorporated into the car’s design, with highway driver assist and a level two semi-autonomous driving system included as standard.

Customisation has been given increased emphasis with the new C4, with customers able to choose 31 different combinations for the exterior alongside six different ‘ambiences’ for the interior.

The fitment of Citroen’s Progressive Hydraulic Cushions helps to provide a supple ride, which have been combined with advanced comfort seats to help make the C4 as comfortable as possible.

The exterior of the car debuts new V-shaped LED headlights and taillights, while the grille represents an evolution of the one fitted to the previous-generation C4. The car’s ride has been lifted too, combining the looks of both a hatchback and a crossover.

Production will be starting after the summer, with deliveries across Europe expected after that. Order books are expected to open in September.