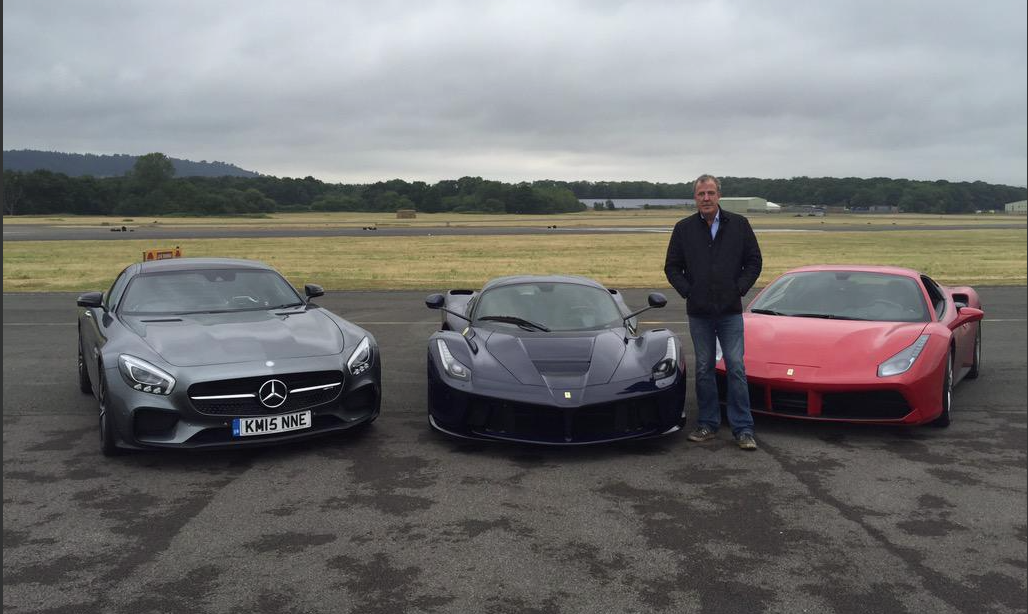 Jeremy Clarkson has burned rubber for the last time around the Top Gear test track.

There was no way Clarkson was completing the lap in the reasonably priced car, though, as he had three beasts to choose from instead.

Right. About to do my last ever lap of the Top Gear test track. What car should I use? pic.twitter.com/xbaZkEi3sE

The weapons available were a Mercedes AMG GT, a Ferrari LaFerrari and a Ferrari 488 GTB.

After one last hoorah, Clarkson took to Twitter to express his emotions…

Don’t start, Jezza, you’ll set us all off.

In typical Clarkson style, he also admitted that he pulled off “the motherf**ker of all tail slides through Chicago”.

Clarkson is rumoured to have a Top Gear rivalling show in the pipeline, however for now, it is goodbye to Jezza and co.