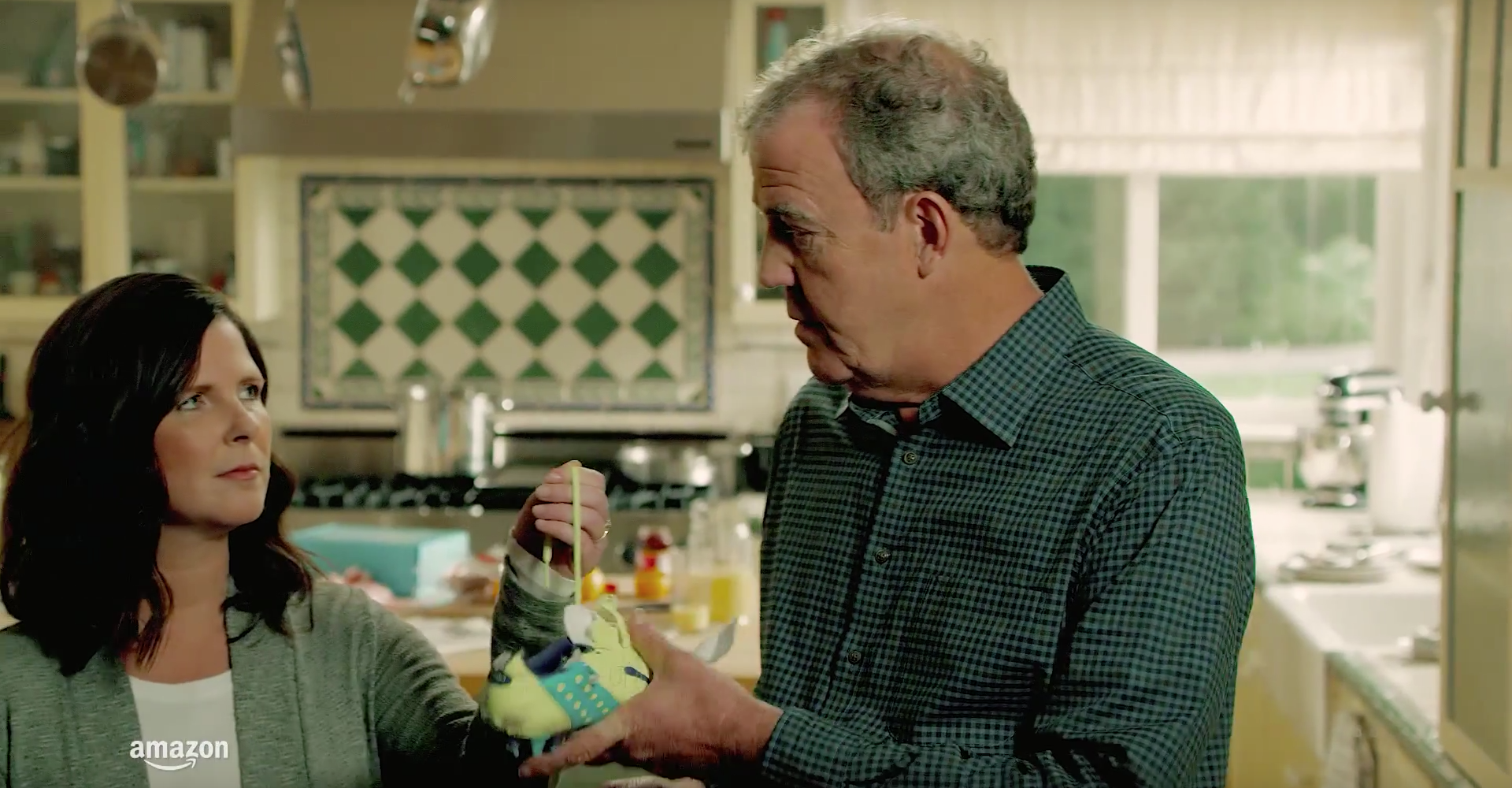 Amazon certainly knows how to exploit its resources, doesn’t it?

After an extremely high-profile and big-money move for the former Top Gear frontmen, the Seattle-based former bookstore is quite clearly keen to get at least Clarkson in front of its cameras at every opportunity.

First there was the Amazon Fire TV stick advert:

Is it just us or does he seem somewhat outside his comfort zone? Why, it’s almost as if realisation has set in that he’s well and truly sold his soul and there’s absolutely nothing that he can do about it.

With the new and as-yet-unnamed show pencilled in for 2016, we’re idly wondering exactly what Clarkson is going to advertise for Amazon next.

In the meantime, he probably could have done with the 30-minute delivery service just to get his co-hosts together to film the new show today, as this tweet reveals…

Everything going very well on our first big shoot. Except two of us can't get to the location. And the one that can is broken.