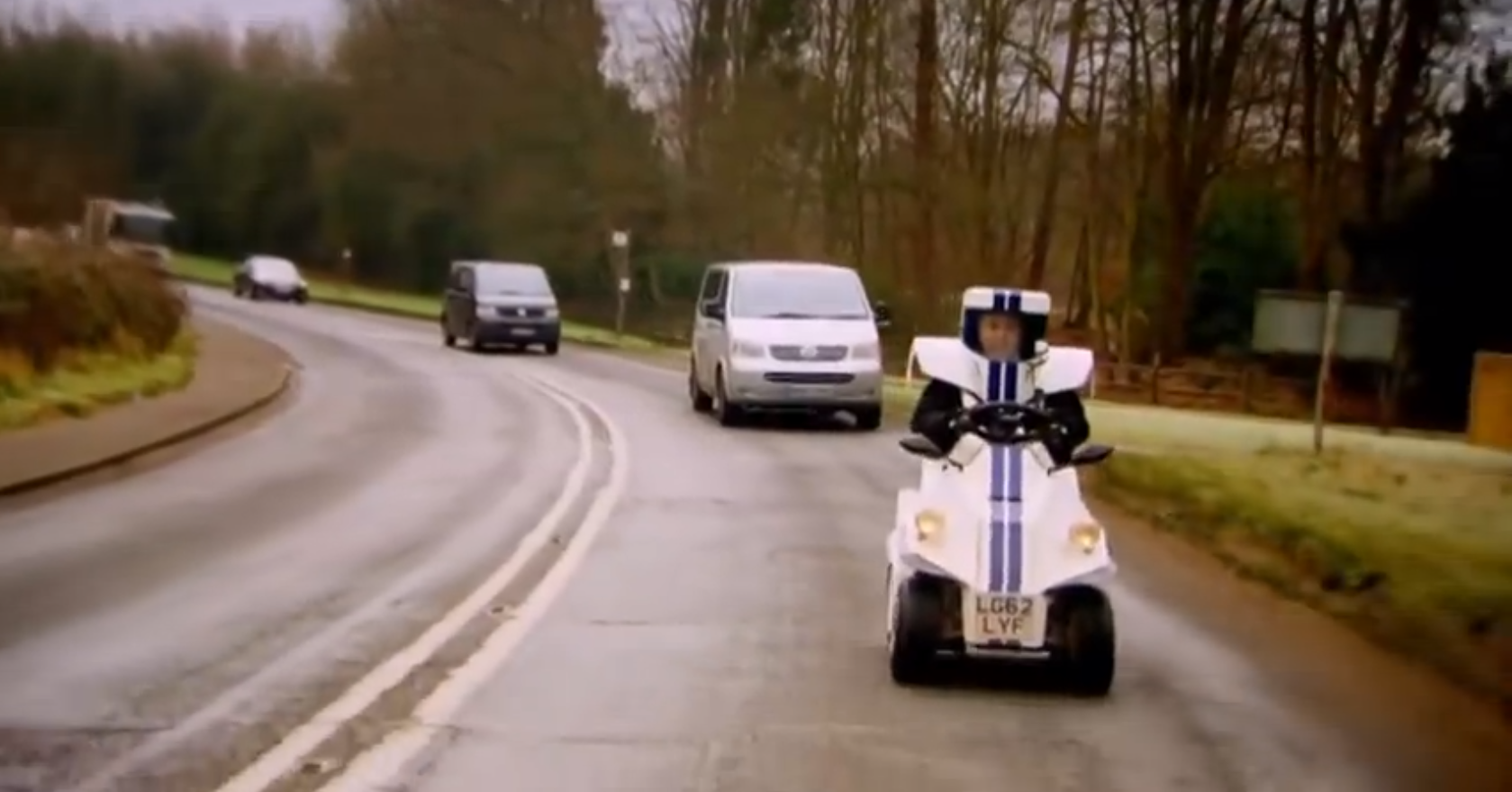 Jeremy Clarkson may have been the wrinkled face of Top Gear since 2002 – and has appeared on the show since 1988 – but he could have now presented his last show. All thanks to a… “fracas”.

While we wait to find out what will happen to the controversial journalist, why not savour some of his best moments over the years in the videos below.

Celebrating Clarkson’s P45 seems a good way to prepare for the possibility that the presenter has just been handed his P45 by the BBC.

Notoriously crash-happy presenter rolls Reliant Robin. Many, many times. All while admiring the beauteous place that is Barnsley.

You’d think that a BMW M135i and VW Golf GTI twin test would be the perfect opportunity for serious  journalism. Mr Clarkson, however, crashes. In a straight line (3:07).

Clarkson has destroyed many horrific cars in his time. This clip sees him smash a Volvo into a tree and shoot a Yugo with a tank. Perfect.

Watching fluffy-haired Jezza censor himself in front of old school junk-collectors is just as entertaining as his more outspoken moments.

More Clarkson: 17 Reasons Why We Need Clarkson Back On The Tele Now

More Clarkson: Our Suggestions For A Stand In Presenter So We Don’t Miss Out On Top Gear