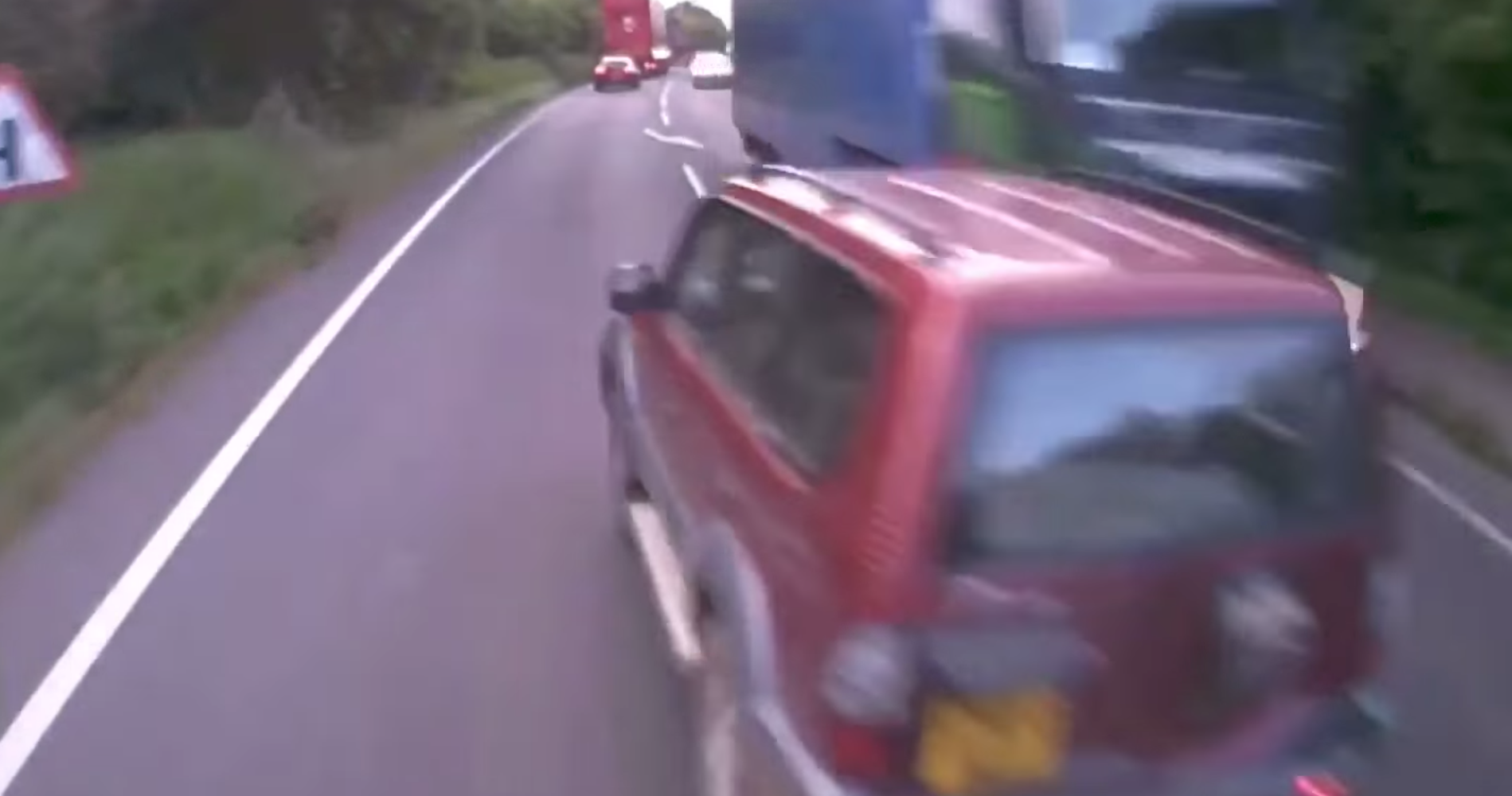 We think we may have just found a potential nominee for the next round of the Darwin Awards – that ‘celebration’ of  instances of mankind’s jaw-dropping and ultimately terminal stupidity.

The nominee in question? The driver of this Toyota SUV, who was captured performing an incredibly dumb last-minute overtake by a lorry driver’s dashcam.

The near-miss took place on the A5 just past Towcester, and footage shows just how close the SUV came to smashing head first into an oncoming lorry.

Understandably, the lorry driver who recorded the moronic piece of driving was pretty upset.

To teach the driver a lesson, he confiscated the man’s keys while he was stopped at a junction then threw them away.

Watch the full encounter below, but be warned, there is a small amount of coarse language. Ironically, at the end of it, the lorry driver can be heard being warned by his onboard system that he’s not wearing his seatbelt as he heads off again…