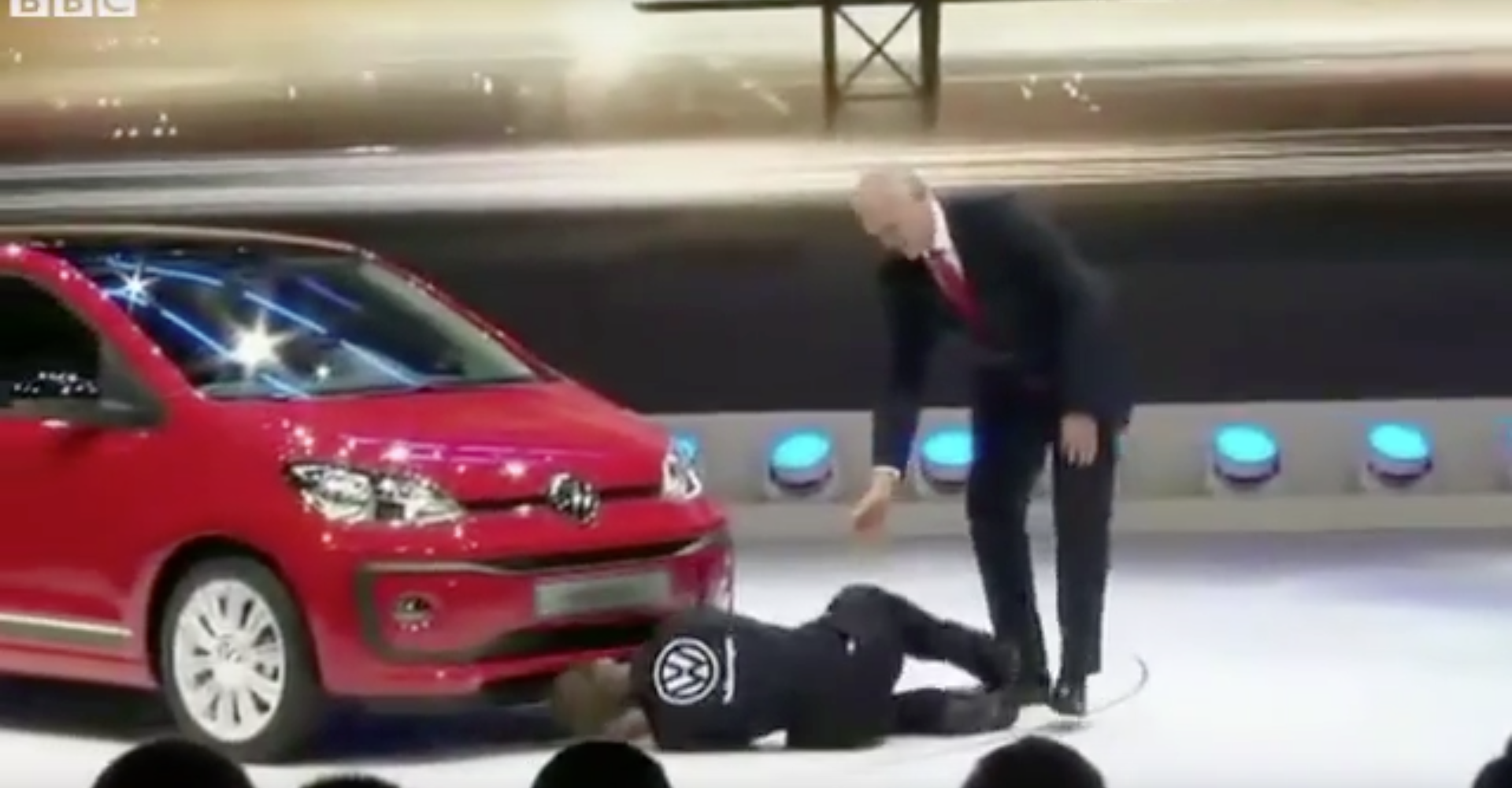 No matter how much it wants to make a fresh start, Dieselgate just isn’t going away for Volkswagen.

Or at least not when you have serial pranksters like Simon Brodkin roaming around.

Brodkin’s probably more famous as his ‘chav’ alter-ego Lee Nelson, but in recent years he’s taken to sending up famous figures by turning up where he shouldn’t. As Lee Nelson he’s disrupted sets by Stereo Kicks (live on the X Factor!) and Kanye West at Glastonbury. As another one of his characters, dozy footballer Jason Bent, he’s mingled with England’s World Cup squad and warmed up with Manchester City – getting a six-month conditional discharge for pitch encroachment offences for that one.

His most famous recent stunt was, as Jason Bent, invading a FIFA press conference and throwing $600 at now-disgraced ex-president Sepp Blatter as a bribe for holding the 2026 World Cup in North Korea – leading to one of the great images of 2015. 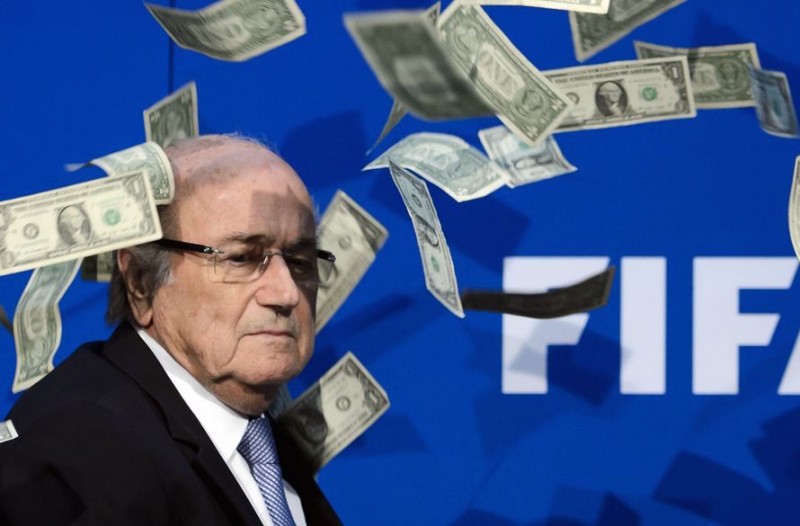 The target this time was Volkswagen. Leaping up onto the Geneva stage dressed in Volkswagen overalls, he told mystified VW board member Jürgen Stackmann that he was going to ‘fix’ the car on stage, before crawling under it with a box marked ‘cheat box’.

Brodkin also told the assembled crowd and cameras that “no-one’s going to find out about this one” and “Mr. Mueller said it would be okay if no-one finds out about it.”.

Set your reactions to cringe and watch the prank unfold in full below: