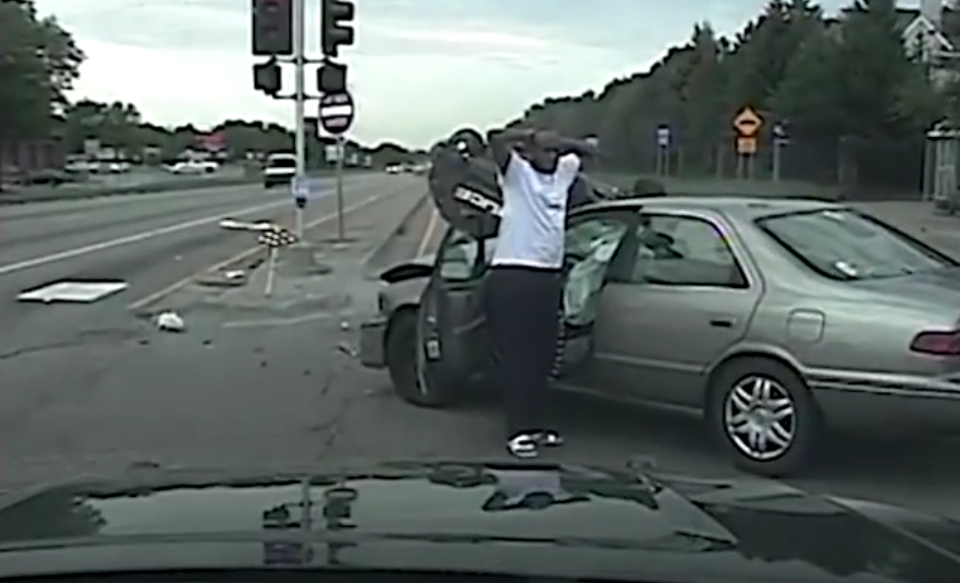 If you think you’re having a bad day at work, spare a thought for this police officer in Minnesota.

While waiting to turn left, the Fridley officer sees a car blast through a red light at high speed. Fortunately, no one is passing through the intersection and a crash is avoided. Or at least it would have been if this officer hadn’t been so keen to give chase.

Turning on the blues and twos, the police Ford Explorer accelerates through the junction – and approximately five seconds later gets T-boned by an innocent motorist. It’s all quite low speed, so nobody gets hurt, but the impact is enough to send the officer’s 4×4 on to its side.

As the following police car pulls up to the scene of the crash, the innocent driver in all of this can be seen with his hands behind his head looking really rather nervous. We totally sympathise with the motorist, because even though it wasn’t his fault, it must be pretty nerve-racking wrecking a cop car!

The dashcam footage from both the police car behind and the Explorer itself demonstrates just how quickly it all went wrong!