THIRTY years ago to this very day, Ford opted to show off its performance police car credentials with a classic image of a police-liveried RS200 Group B rally car having pulled over a Sierra RS Cosworth. Today the Blue Oval is celebrating the anniversary of that famous photo shoot with this modern homage, this time featuring the RS200 as the bad boy and the current Focus RS as the police pursuit vehicle.

Shot in the same lay-by on the same stretch of the A12 in Essex, the new photo apes the old one, with a police officer handing out a free naughty ticket to the errant driver. 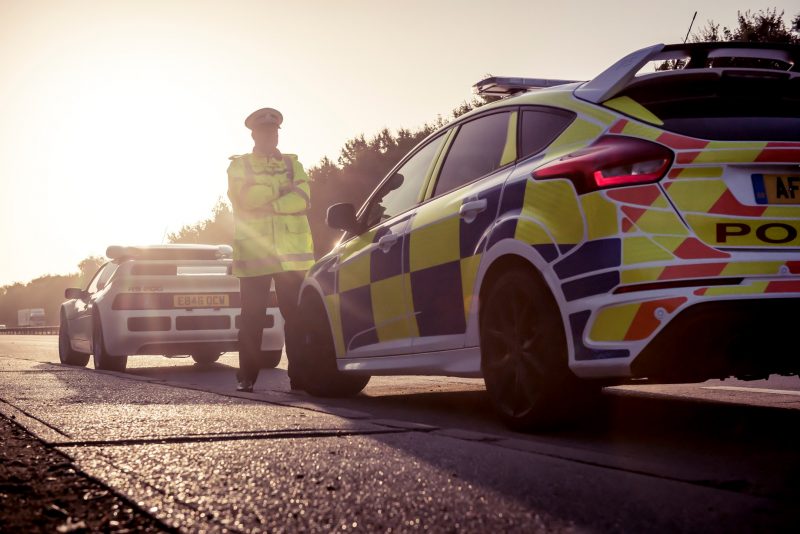 Ford even issued a press release that was practically identical to the one issued 30 years ago.

That aside, the news that police are getting hold of the RS, potentially as both liveried and unmarked cars, should strike fear into the hearts of habitual speeders and law-breakers everywhere.

You can see the promotional video of the stunt below, including a drag race between the 345hp Focus RS and the 250hp RS200.

We note that Ford didn’t use the 450hp RS200 Evo from the image, though – that race may have had a different result…