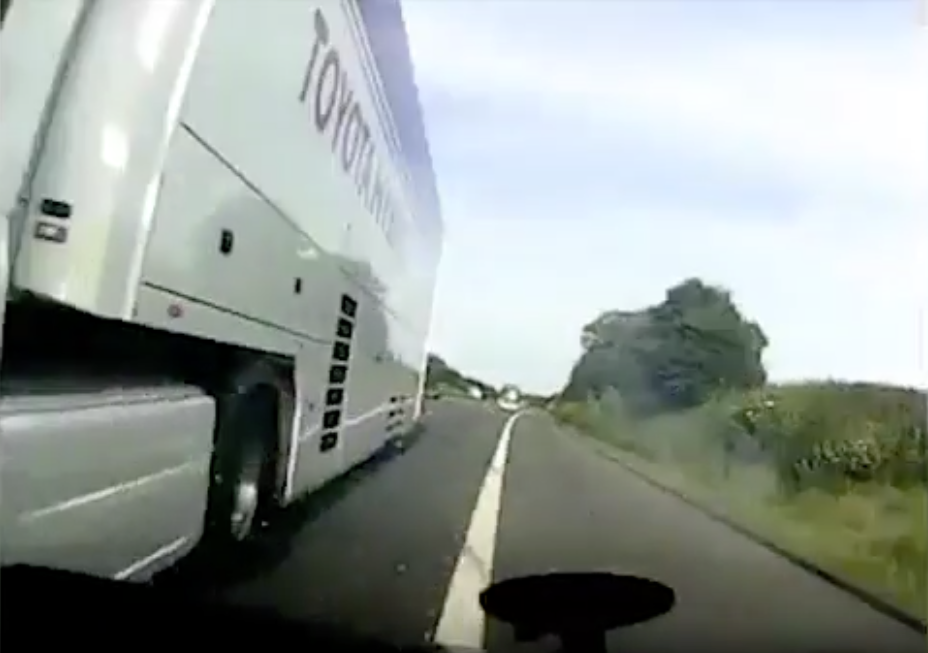 It’s not every day that close calls are caught on camera.

But this couple did just that, after they were rear-ended by a lorry while driving down the M25.

Pretty scary isn’t it? Apparently Iain Reid and his wife were on the way to the cinema when a lorry driver failed to notice their car travelling down the middle lane and smashed right into them.

Yeah, we’re not sure how he failed to spot them either.

Thankfully, despite exiting the carriageway backwards, neither one was badly injured – though apparently Mrs Reid is still suffering with some back problems.

It’s quite a brutal video – but it makes it even more clear that the pair were extremely lucky.