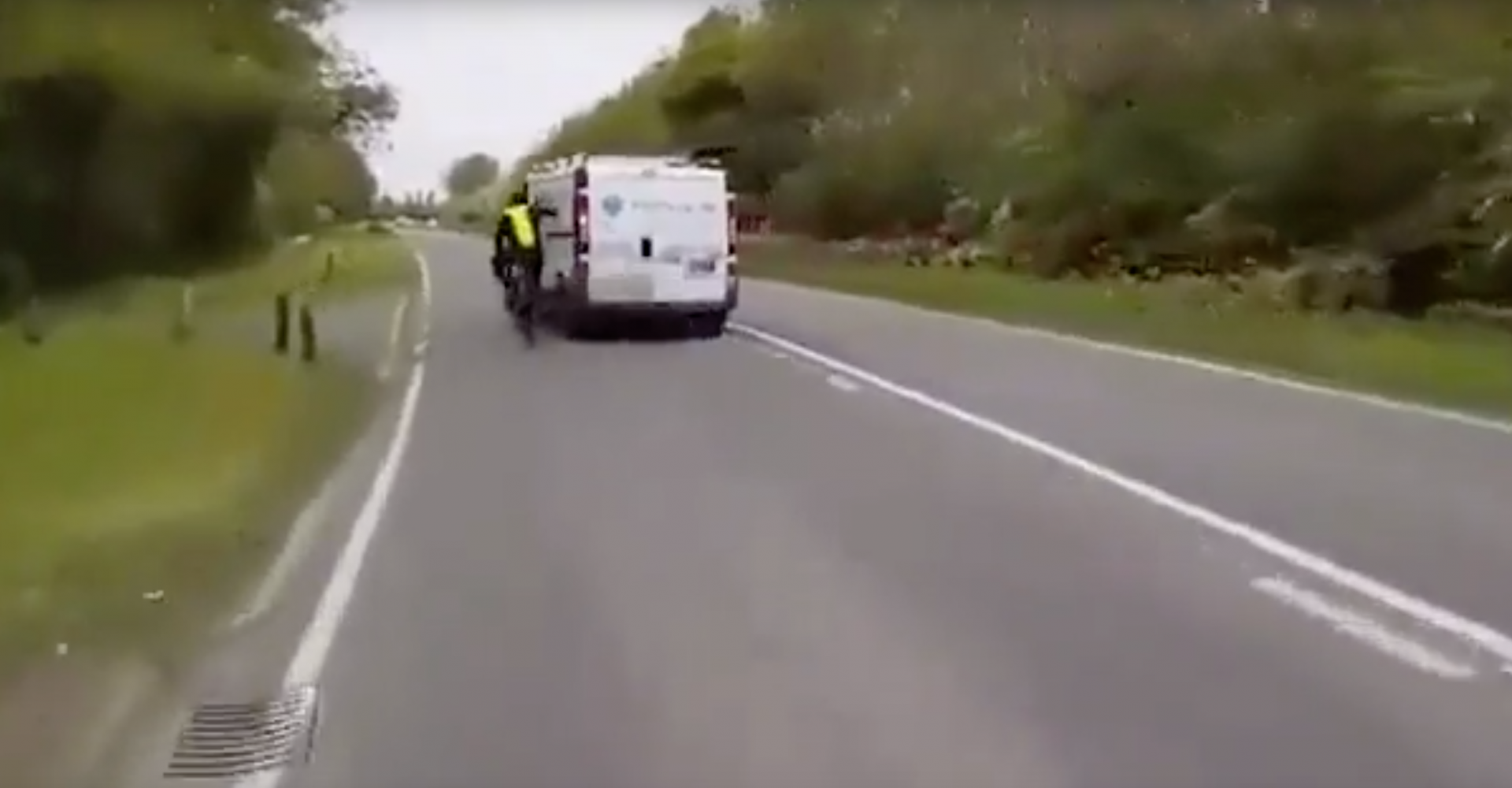 When it’s a nice sunny day, there’s nothing more enjoyable than hopping on your bike and going for a cycle, especially if you’re in the beautiful Sussex countryside.

The last thing you expect, though, is for a white van to force you off the road in a spat of road rage.

But that’s exactly what happened when two cyclists were out on the A272, which snakes its way through the Sussex Downs.

The helmet cam video, captured by another cyclist following behind, captures the shocking moment the driver of the Vidette UK van violently swerves into the cyclist as he’s overtaking, causing the cyclist to career off the road and over the grass verge.

This incident could easily have led to a serious injury or even worse.

Sussex Police are dealing with the matter and the driver of the van has since been sacked.