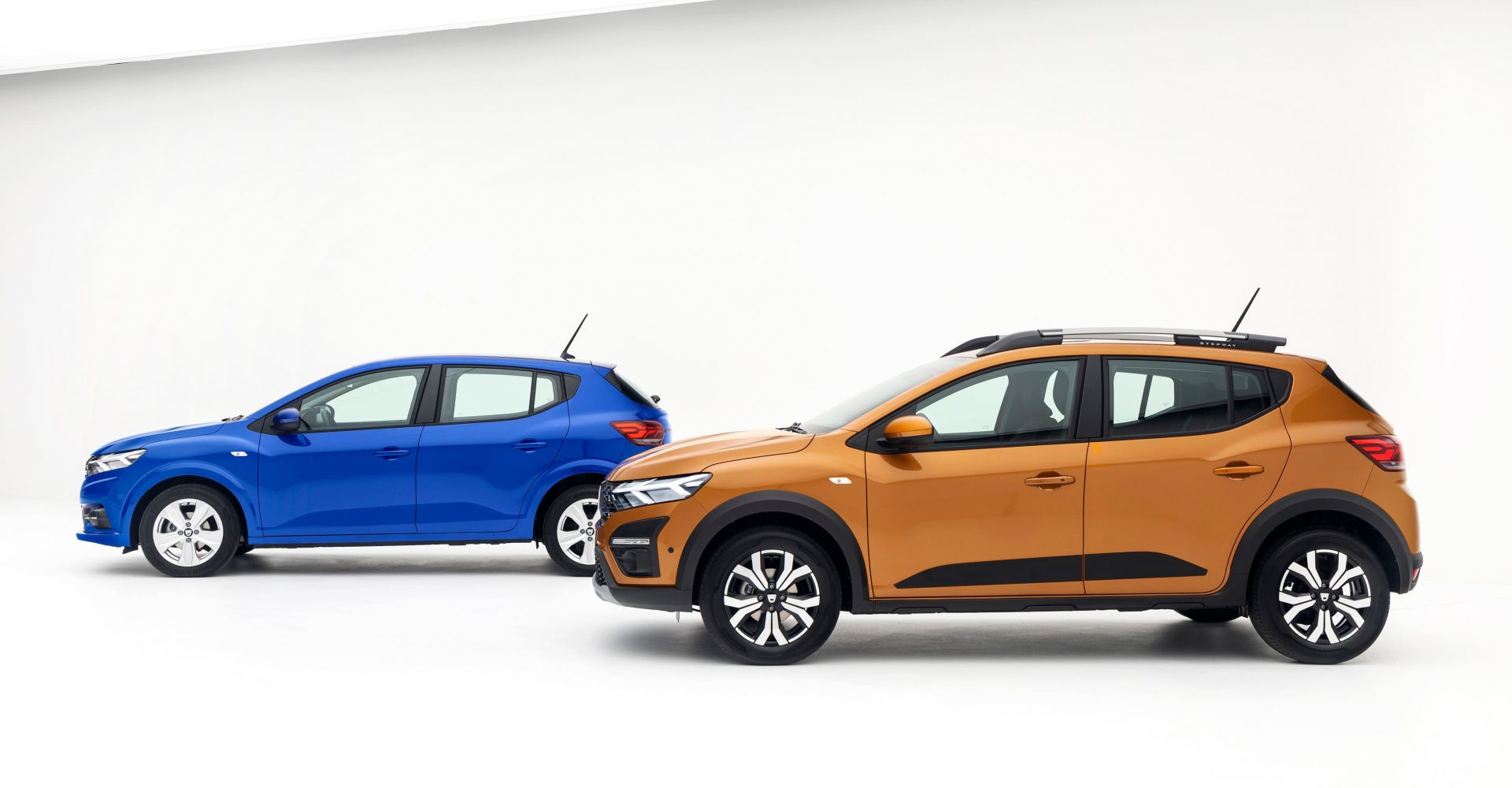 Dacia has completed its range refresh with the addition of a new Sandero and Sandero Stepway.

The models have become popular as the least expensive new cars on sale in the UK, something that is unlikely to change despite an expected price increase when the pair go on sale in February 2021.

Both cars now sit on a new platform, which brings with it advancements in technology such as increased active and passive safety features, new engines and new transmissions.

The cars’ dimensions are the same as before, but the exterior styling is slightly different, with smoother lines and a more sloped windscreen. Both front and rear lights now get Dacia’s new Y-shaped light signature, while LED headlights are standard across the range.

The higher-riding Stepway version gets a ribbed and domed bonnet, chrome Stepway logo under the front grille and a metal skid plate front and rear to protect the car when taken off the beaten track.

It also gets modular roof bars that look like regular items, but they’re adjustable using a provided key. They can be dismantled to create a roof rack that can carry up to 80kg.

Convenience features vary depending on model and trim, but standard equipment includes a smartphone holder, on-board computer screen and speed limiter. Other equipment such as automatic air conditioning, keyless entry, reversing camera and automatic windscreen wipers come as standard too.

The Sandero is also available with an entry-level naturally aspirated 1.0-litre engine, which can only be had with a five-speed manual.

The new Dacia Sandero and Sandero Stepway both go on sale in February 2021, with deliveries expected to begin in the Spring.