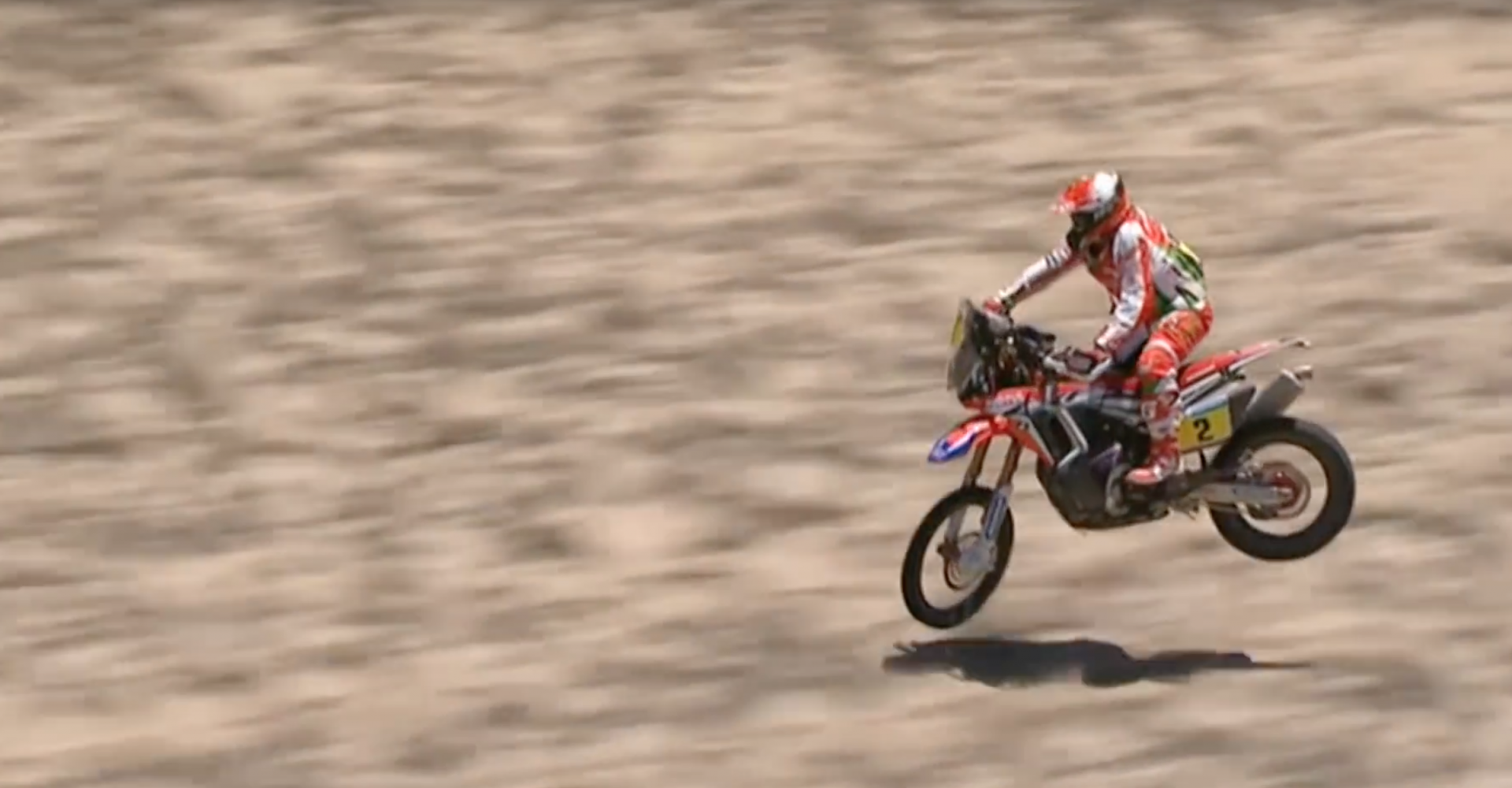 The Dakar Rally is possibly one of the toughest motorsport endurance events there is.

Covering almost 6,000 miles across the unpredictable terrain of South America, competitors in cars and on bikes and quads compete for the prestigious title in each category.

Since its inception in 1978, more than 70 people – including 28 competitors – have been killed in the Dakar Rally, giving truth to its unofficial title of ‘the world’s most dangerous motorsport event’.

Despite its name, though, the endurance challenge is neither a rally nor is it held anywhere near Dakar – the capital of Senegal – any more. The Rally Raid, which is a name given to a long-distance event taking place over several days, was relocated from its original course across Africa after a terror threat saw the 2008 event cancelled.

Already, the 2016 event, which runs until January 16, has seen a number of crashes, many of which could have been race-ending if it wasn’t for the perseverance of the challengers.

And when Paulo Gonçalves lost control of his Honda CRF450RALLY in Stage 8.

Also in Stage 8, Sebastien Loeb – who made his name in the WRC – rolled his Peugeot 2008DKR16 in an accident that saw the off-road vehicle sustain major damage.

The Frenchman and his team had to replace two wheels and the car’s transmission – a timely repair that meant Loeb is no longer in contention for the championship title.

However, in true Dakar spirit he decided to continue pushing in the challenge, commenting:

We came here to get experience first and foremost. [The crash] was only 10 kilometres from the end of the stage. It’s a bit frustrating, but that’s life, so we have to continue now.