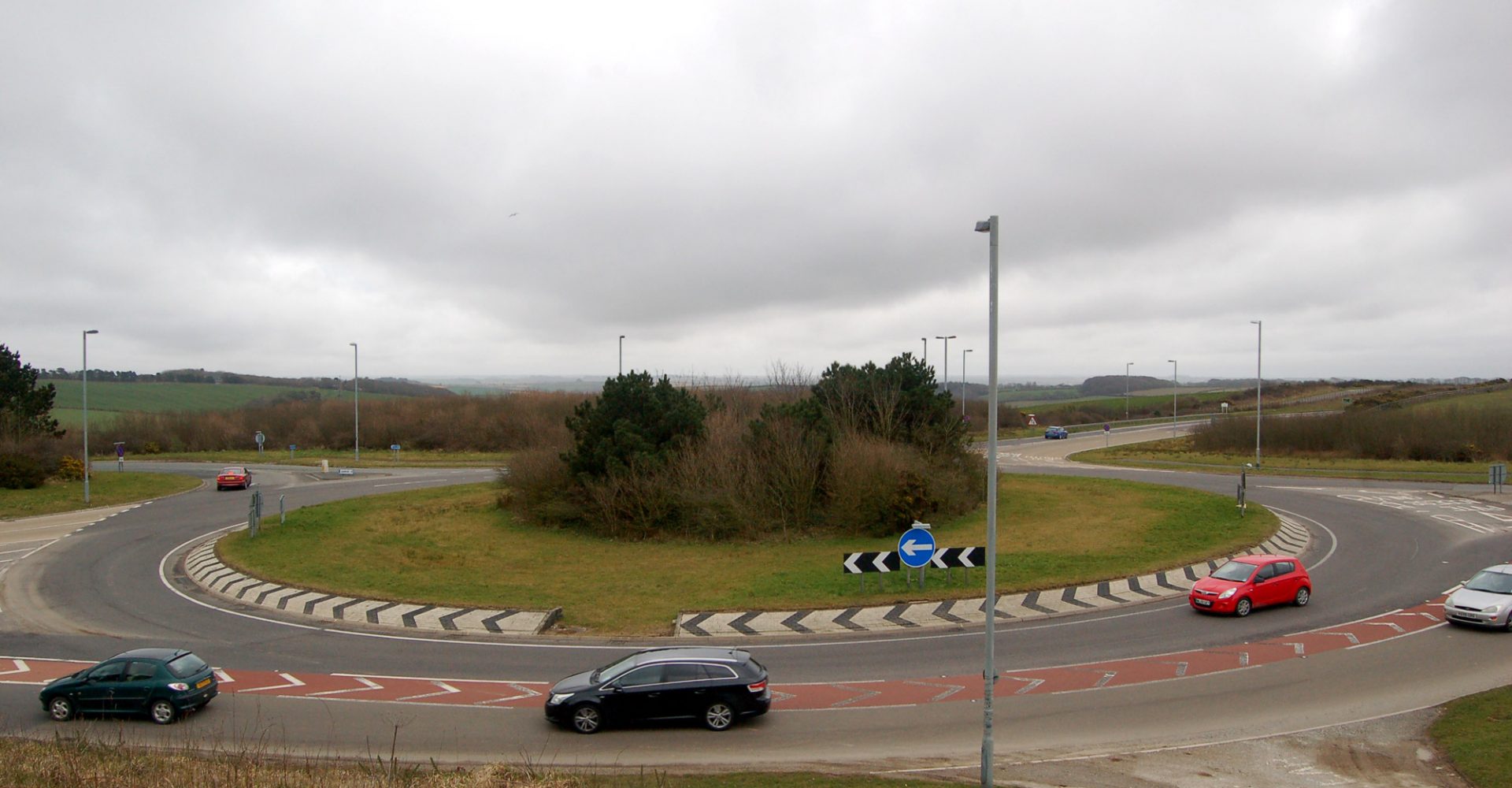 No, we aren’t talking about the British Touring Car Championship but a new roundabout in Derbyshire.

The roundabout – which is on a stretch of the A516 dual carriageway in Mickleover – has been blamed for several accidents since it was recently opened. The local council has been forced to take action after several crashed cars were left abandoned at the site. Poor lighting and a lack of signs have been blamed for the accidents.

Vehicles have ploughed straight over the roundabout – a flat grassed area. One motorist who crashed on the 70mph road early one morning said they simply couldn’t see the new roundabout. David Wilson told the Derby Telegraph: ‘It is a bad one, as you simply don’t know it’s there. Other people are going to crash there until something is sorted.’

Peter Hall, of Mickleover, said: ‘By my reckoning at least 10 vehicles have had accidents in less than 48 hours of this new junction opening, os it is probably the most dangerous roundabout in the country.’

Derbyshire County Council has said it is investigating the incidents ‘with a matter of urgency’.