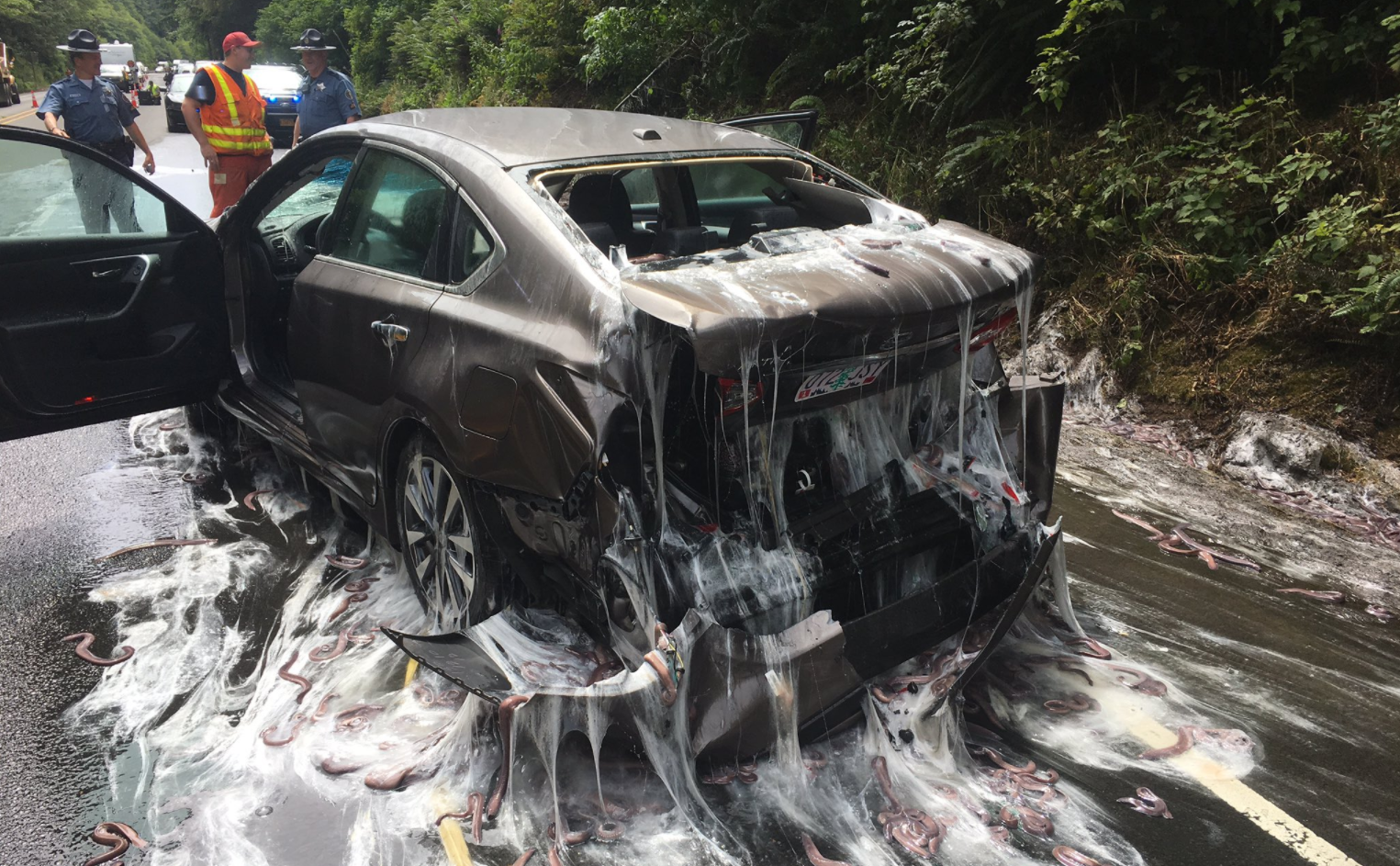 Imagine trying to explain this one to your insurance company.

Last week, a five-car pileup happened in Oregon after a truck full of eels overturned and spilled its load on to the highway. The slimy hagfish hit the Tarmac and immediately released a disgusting mucus as a defence mechanism.

Photos from the scene look like something from a horror interpretation of a Ghostbusters movie, with white goo clinging to the road surface, cars and the local environment.

There was so much mess that authorities had to use a bulldozer to clear it all up.

Fortunately, nobody was hurt in the crash – though sadly the same can’t be said for the eels.