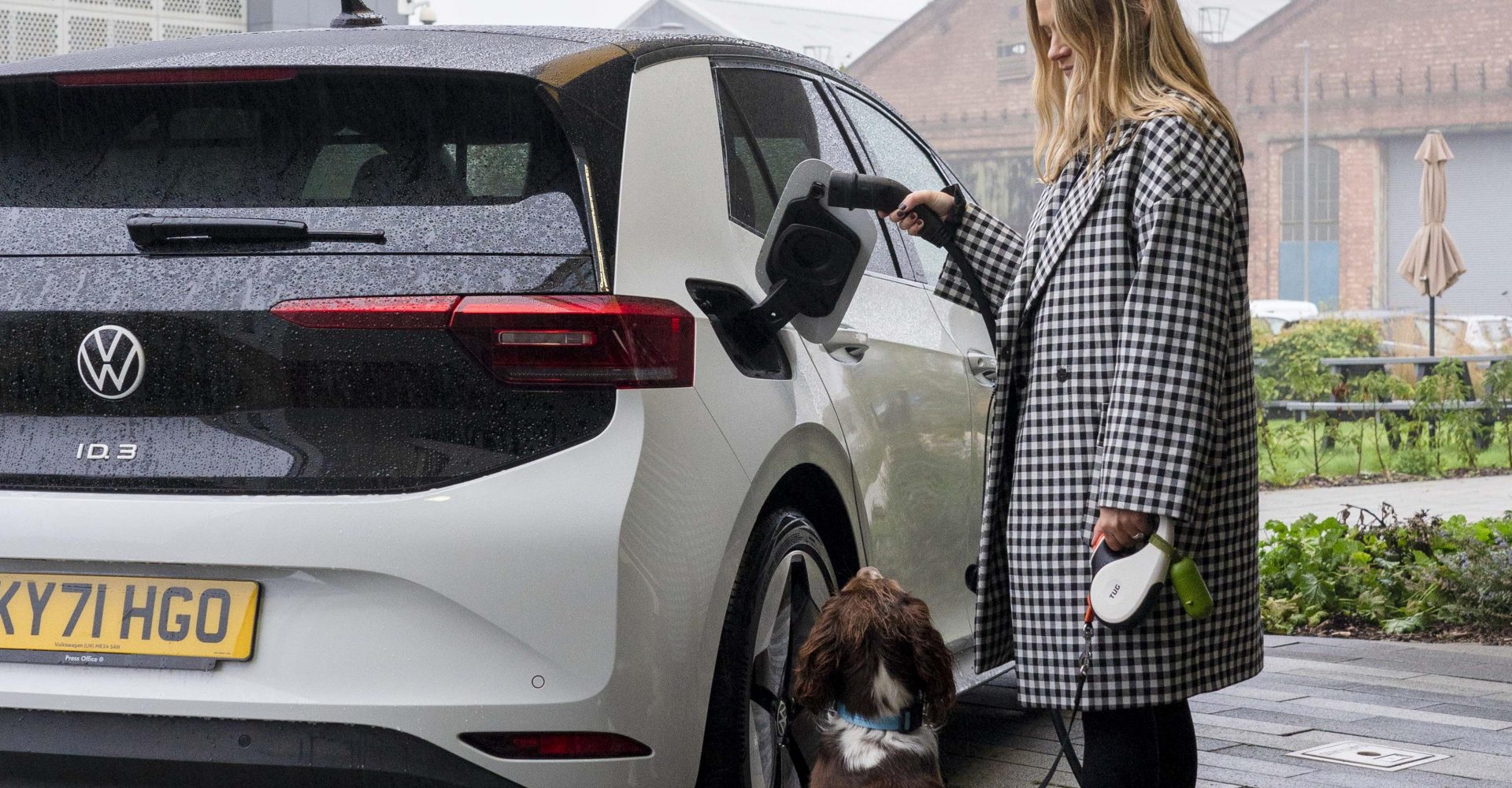 Dogs have been found to be more relaxed when travelling in an electric car than in a diesel-powered vehicle.

Online vehicle marketplace CarGurus partnered with the University of Lincoln on a new study, which looked at the effects on dogs of travelling in a diesel car versus an electric vehicle.

The two-day investigation used 20 dogs, each taken on two 10-minute car journeys – one in an EV and one in a diesel. During the trip, their behaviour was analysed.

Led by Daniel Mills, Professor of Veterinary Behavioural Medicine at the University of Lincoln, the study found that dogs were less settled in diesel cars compared with EVs. It also found that signs of car sickness were reduced in electric cars.

The investigation also found that there was no evidence to suggest that EVs have a detrimental effect on dog welfare, with the transition for dogs between travelling in a diesel car and an electric version being ‘smooth’.

While the dogs in the study lay down for around a third of the journey in both cars, in the diesel vehicles the dogs broke their laying position on average 50 per cent more than in an EV. This difference is likely down to the change in vibration levels, says the study.

Daniel Mills, Professor of Veterinary Behavioural Medicine, University of Lincoln, said: “We know most dogs will travel in a car at some point in their life, if not on a daily basis. Yet as EVs become more prevalent with motorists, until now there were no studies of their effect on dogs.

“Our results clearly show that dogs seem to be more relaxed in EVs, particularly when looking at behavioural traits such as restlessness.

“Additionally, an interesting and somewhat unintended revelation from the study came from the dogs that we identified as having potential symptoms associated with travel sickness.”