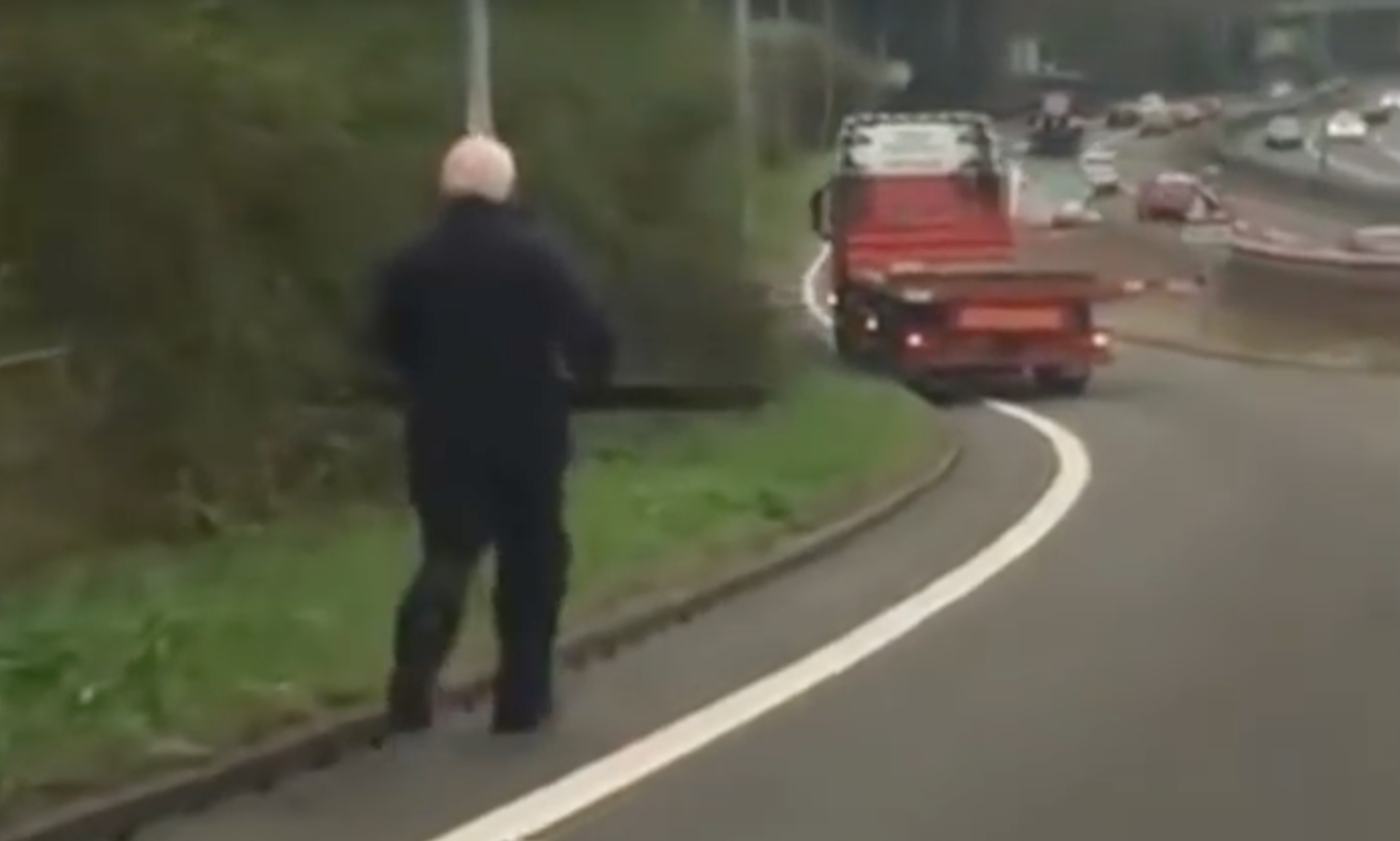 It’s fair to say that professional drivers are, and should be, held to stronger account than the rest of the roadgoing public.

Everyone makes mistakes, but when you’re in control of a 45-ton vehicle, a huge mistake can be problematic. When you’re no longer in control of it, things become a great deal worse.

For one unidentified lorry driver, an incident that seems to have stemmed from some forgetfulness could have resulted in catastrophe but for a bit of fortune.

Captured on a mobile phone held in portrait rather than landscape (we wish people would stop doing this), the driver can be seen chasing his flat-bed articulated lorry down a sliproad on to the A50 at Longton, near Stoke-on-Trent, in Staffordshire.

It appears that either the handbrake has failed or hasn’t been applied, and the leviathan is making its way to freedom via one of the county’s busiest dual carriageways.

Lady Luck weaves her magic though as, by chance, the lorry forges on to the carriageway and into the crash barriers in a decent gap in traffic, forcing a Porsche Boxster and a learner driver in a Peugeot 208 to brake rather heavily. Had it been rush hour, this would have been a significantly worse event.

You can see the video of the mishap below, though beware of some rather ribald language from the occupants of the vehicle filming it: