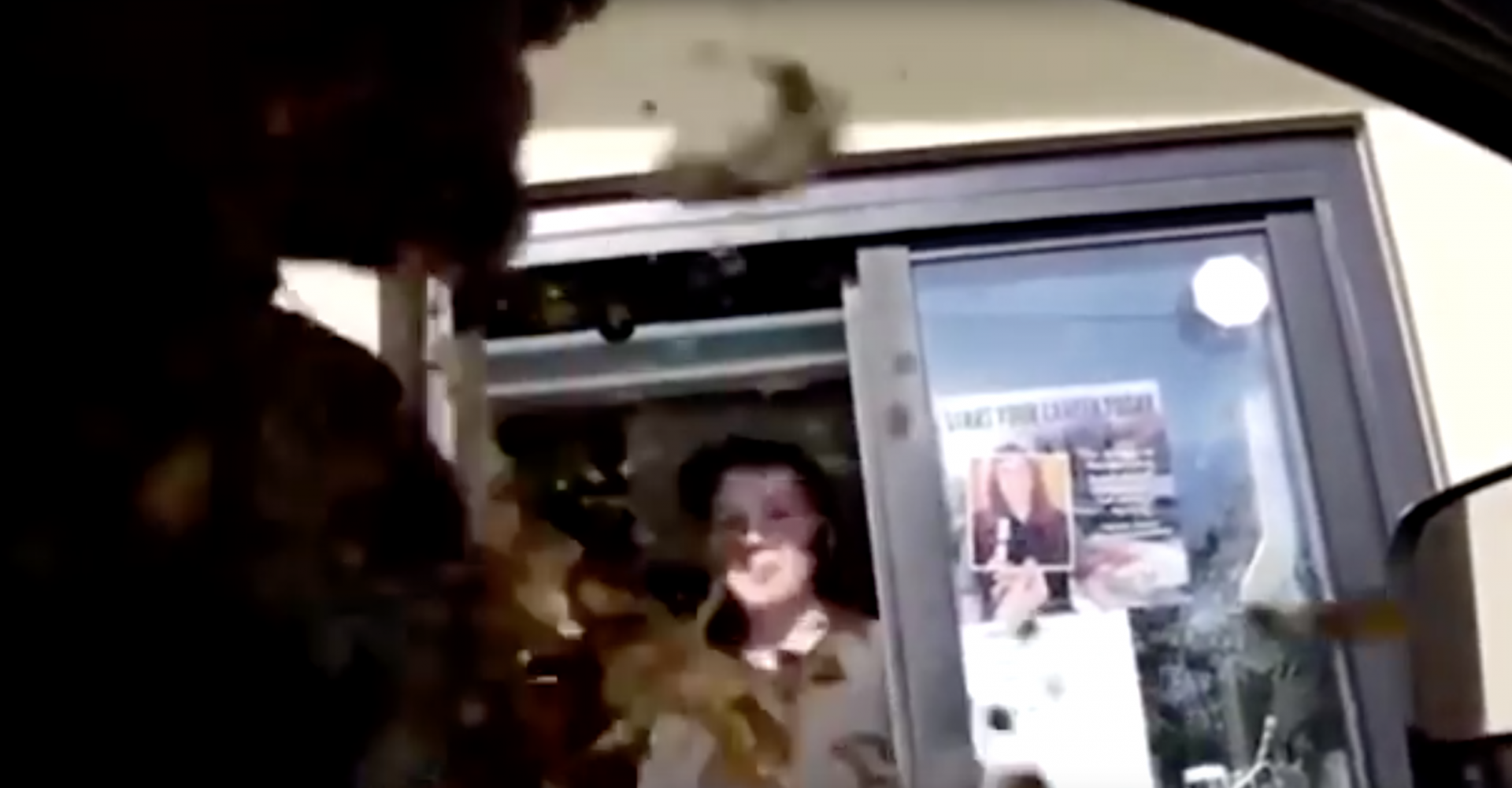 Everyone loves a good prank, even when they don’t entirely go to plan.

That’s what happened to a couple of American practical jokers who tried to prank a McDonald’s drive-through worker.

Footage uploaded to video streaming site LiveLeak by a user named QuakerBaker9 shows two men approaching the window of the drive-through and their unsuspecting victim.

As the young employee leans out of the window to pass the pair a large Coke and take payment, one of them suddenly toots the horn.

Obviously, the McDonald’s worker gets something of a fright and doesn’t respond to her tormentors in a pleasant manner.

After informing the pranksters they won’t be getting their drink, she then throws it at the driver along with his card.

Unsurprisingly, the drink explodes all over the car.

The driver, who appears to be rather stunned by the retaliation, biffs the remaining drink out of the window and takes off.

‘That’s what happens when you prank,’ his friend teases. ‘They get kinda mad!’

Fair play to the McDonald’s worker, we reckon.