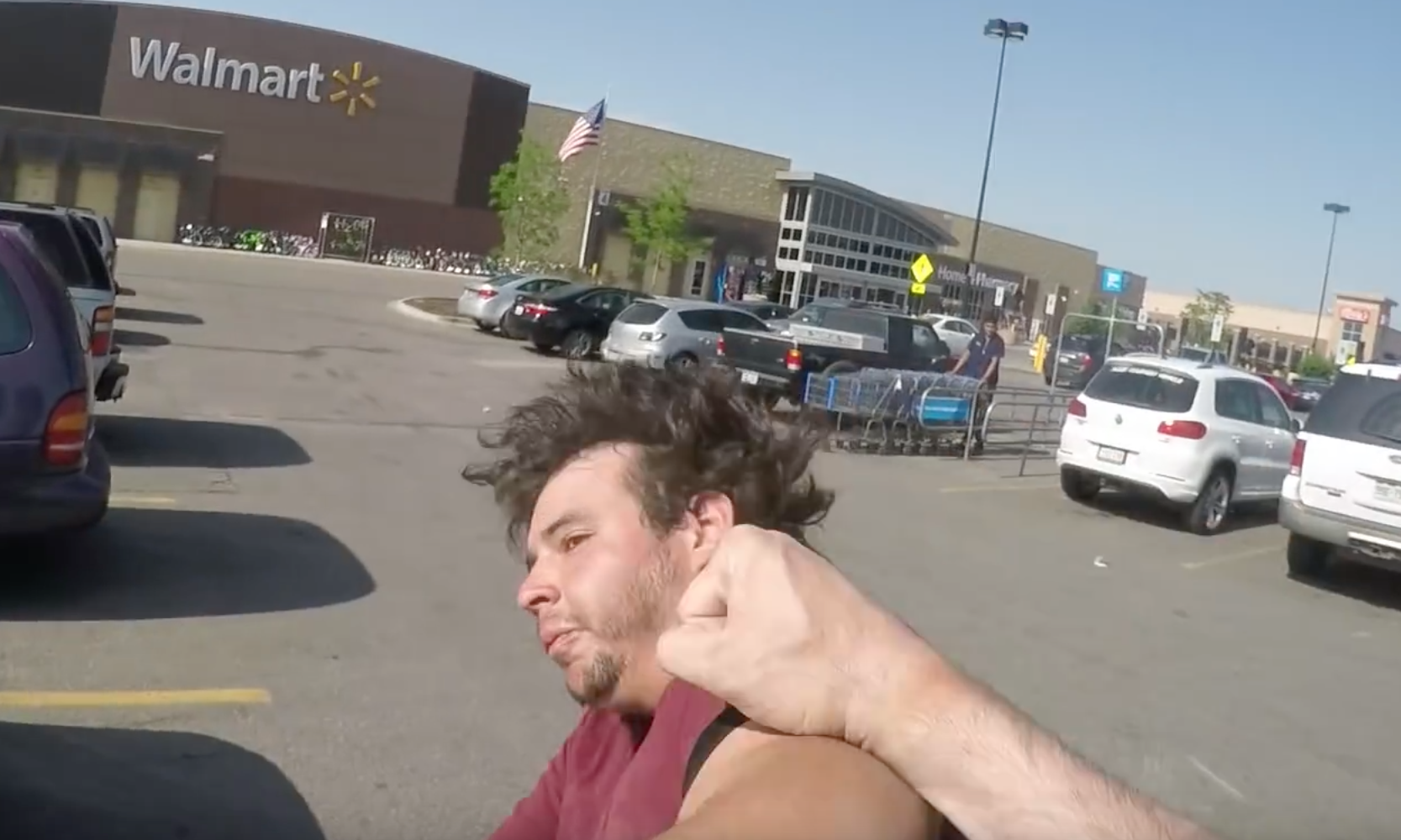 It’s an age-old battle. Bikers vs cagers; two wheels vs four; good vs bad. We could go on…

While the two co-exist calmly for the majority of the time, sometimes they clash – and when they do, it tends to end in insults and punches.

This latest incident, which happened in America, is no different. However, the back-and-forth sinks to hilariously juvenile levels.

It begins when a white Nissan Almera dangerously speeds past motovlogger Swarook in a suburban street.

Unable to contain his anger, the vlogger – who gives his name as Devin on his channel – chases after the Almera on his Kawasaki KLR 650, breathing heavily and performing some questionable manoeuvres in the process.

When he eventually catches sight of the saloon, he follows it into a Walmart car park and confronts the driver. But instead of sheepishly admitting his error, the sweaty driver immediately launches into a tirade of ‘your mamma’ jokes.

Squaring up to the biker, the driver repeatedly insists that he’d had sex with the biker’s mother (except he doesn’t use language as polite as that) and, er, humps the innocent motorcycle.

What did it ever do to him?

The argument lasts almost 10 minutes before blows are exchanged and onlookers rush over to intervene.

Watch the whole incident below and make your own mind up about who’s madder.