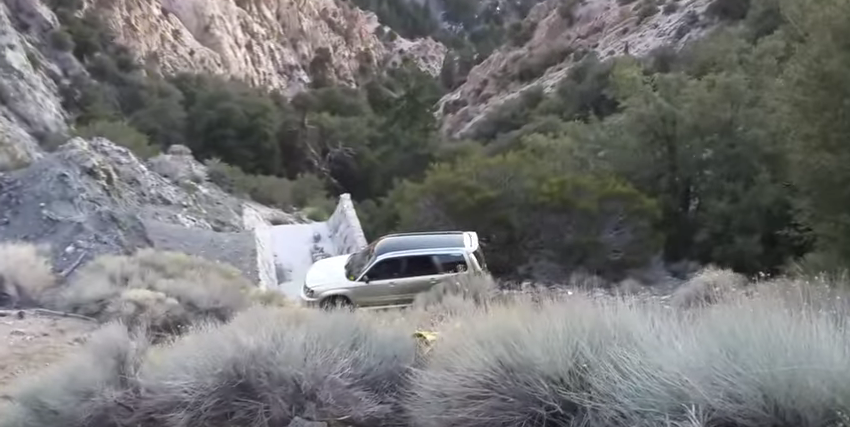 Everyone’s had a close call while driving. It comes part and parcel with piloting something with a motor, on roads, with other people who are doing exactly the same thing.

Well, this driver, pitching his Subaru Forester down canyon roads on the Angeles Crest Highway, has had a pretty massive one.

Being a motor-y kind of person, he guns it through said tunnel to hear his engine at full chat.

However, what he wasn’t expecting was the road to curve aggressively at the end.

It catches him out, and before long the back end of the Subaru steps out and sends him right to the edge of the road.

However, the ordeal doesn’t stop there. Rather than stopping at the edge of the road, the car continues up and over – giving the driver a full view of the dizzying chasm below.

Thankfully, the car comes to a stop on a small rock wall covering a drainage pipe – without this, both driver and vehicle would have tumbled down the entire cliff.

We don’t need to tell you to check out the video in full. It’s pretty jaw-dropping.