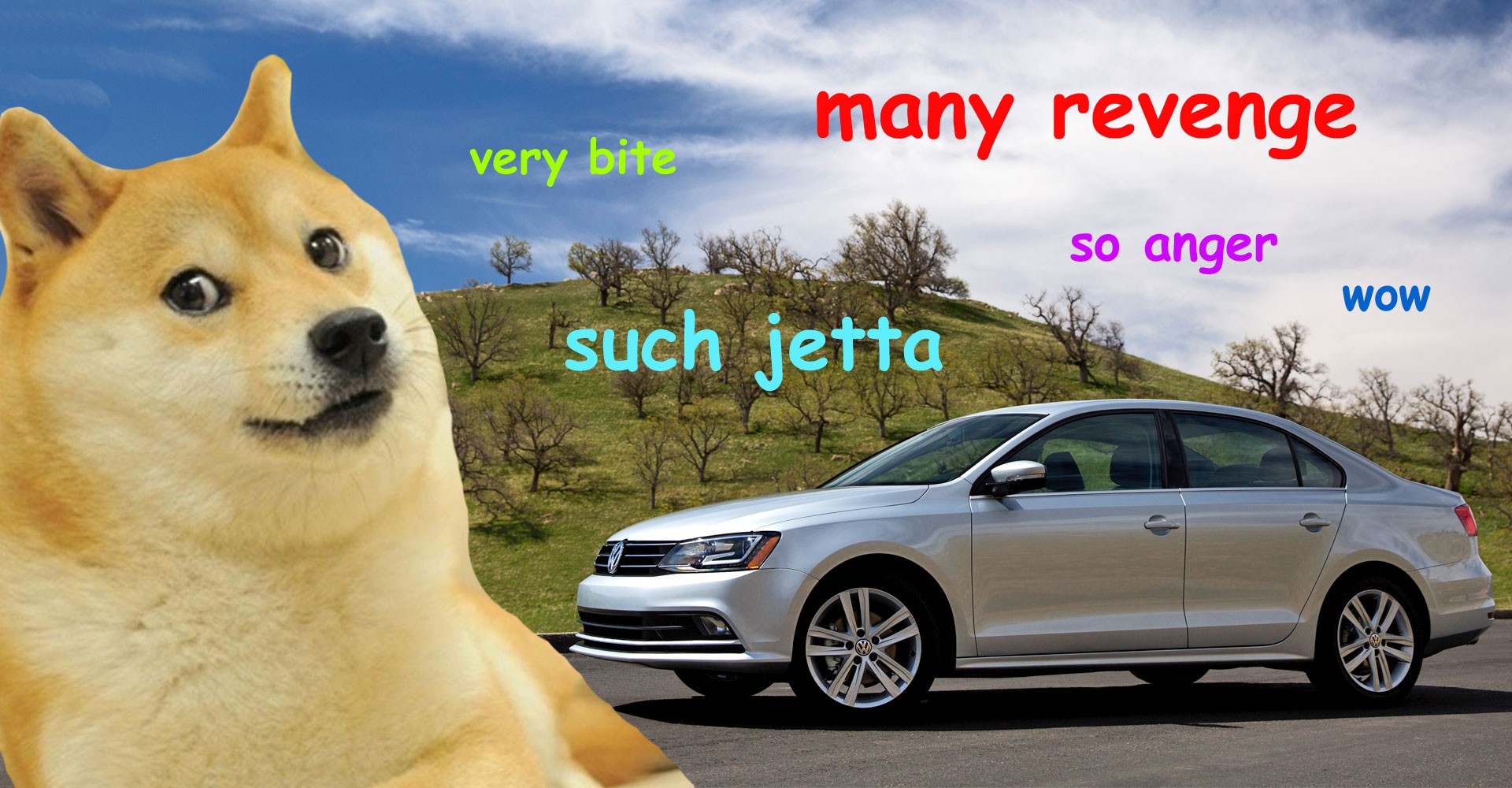 Karma is a bitch. Canine karma is even worse, as a driver in China has discovered to his cost.

Finding a stray dog lounging away in his home’s designated parking bay, the driver of this Volkswagen Jetta did what any self-respecting Cruella DeVille-like character would do, promptly ‘kicking it’ out of the way. Bit harsh.

Rover wasn’t going to take this lying down, though. Rather than retaliating there and then, the mutt popped back later with some of his doggy mates to incite a bit of canine retribution – not on the owner, but on his shiny Veedub’s bodywork.

In pics reportedly snapped by the driver’s neighbour, Muttley and co can clearly be seen gnawing away at the car’s front end – scratching and totally deforming the wheel arches, and even jumping aboard for a nibble of the windscreen wipers.

We can’t comment on the build quality of this presumably Chinese-built VW, but we do wonder if a Wolfsburg model would have been quite so chew toy-like…