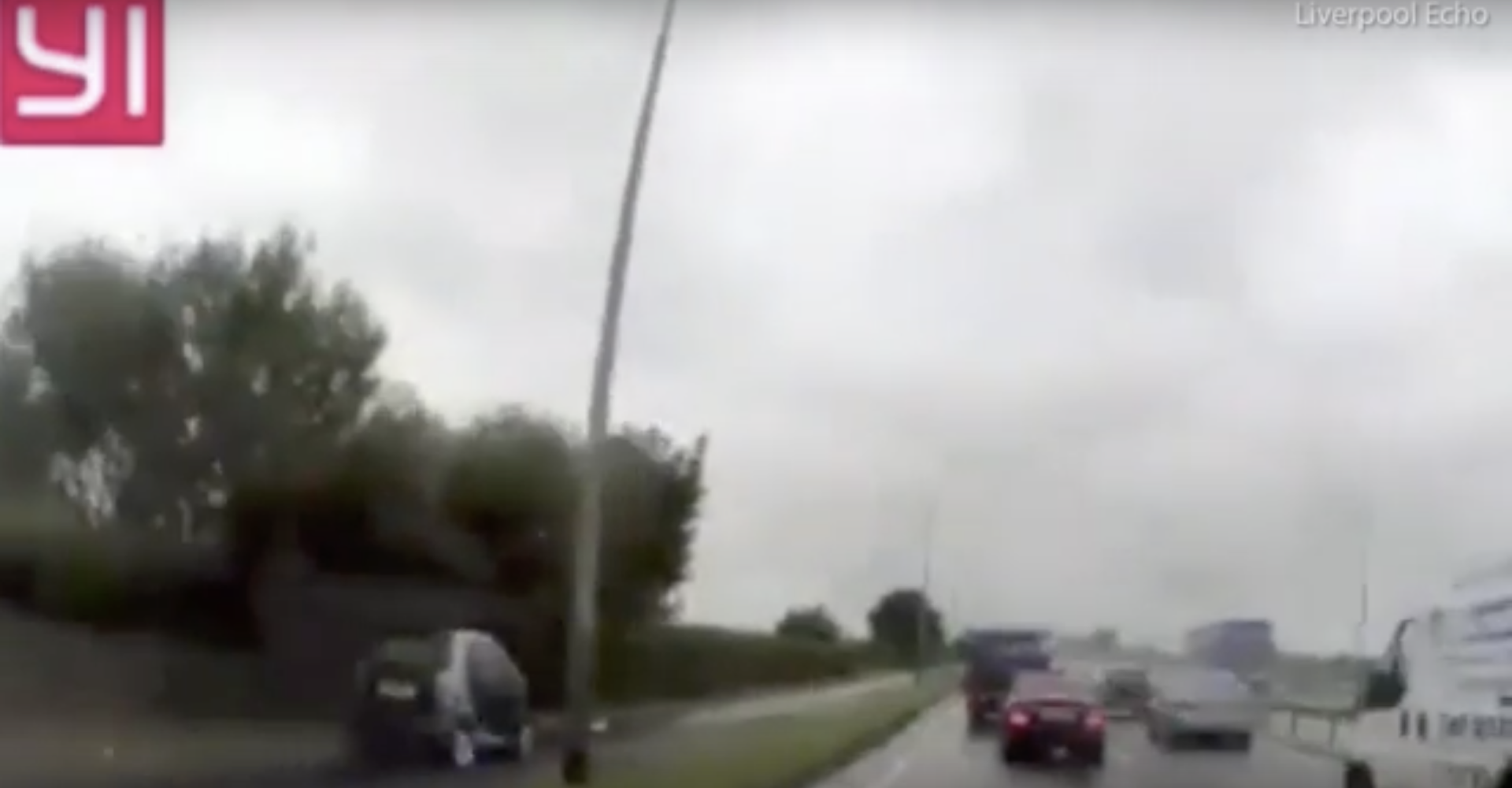 The Smart FourTwo is known for being tiny, but one not-so-smart driver thought they could try something sneaky to avoid traffic.

Dashcam footage caught by Jane Rooney, who lives on the Wirral, shows the driver of a Smart FourTwo taking to the pavement on the East Lancashire Road to fly past slow-moving traffic — narrowly avoiding a dog walker.

Rooney, 46, who used to be a driving instructor, told the Liverpool Echo: ‘It was a Smart car, but a stupid driver. I’m sure the footage will give people a quick laugh, but when you realise how dangerous their driving was and how easily someone could have been hurt, it’s disgusting.’

This isn’t the first time she’s caught poor driving on her dashcam. ‘I’ve seen a woman on her phone while her two children were in the back, lorry drivers pulling out in front of people and just general carelessness,’ she said.

Watch the madness in full below: