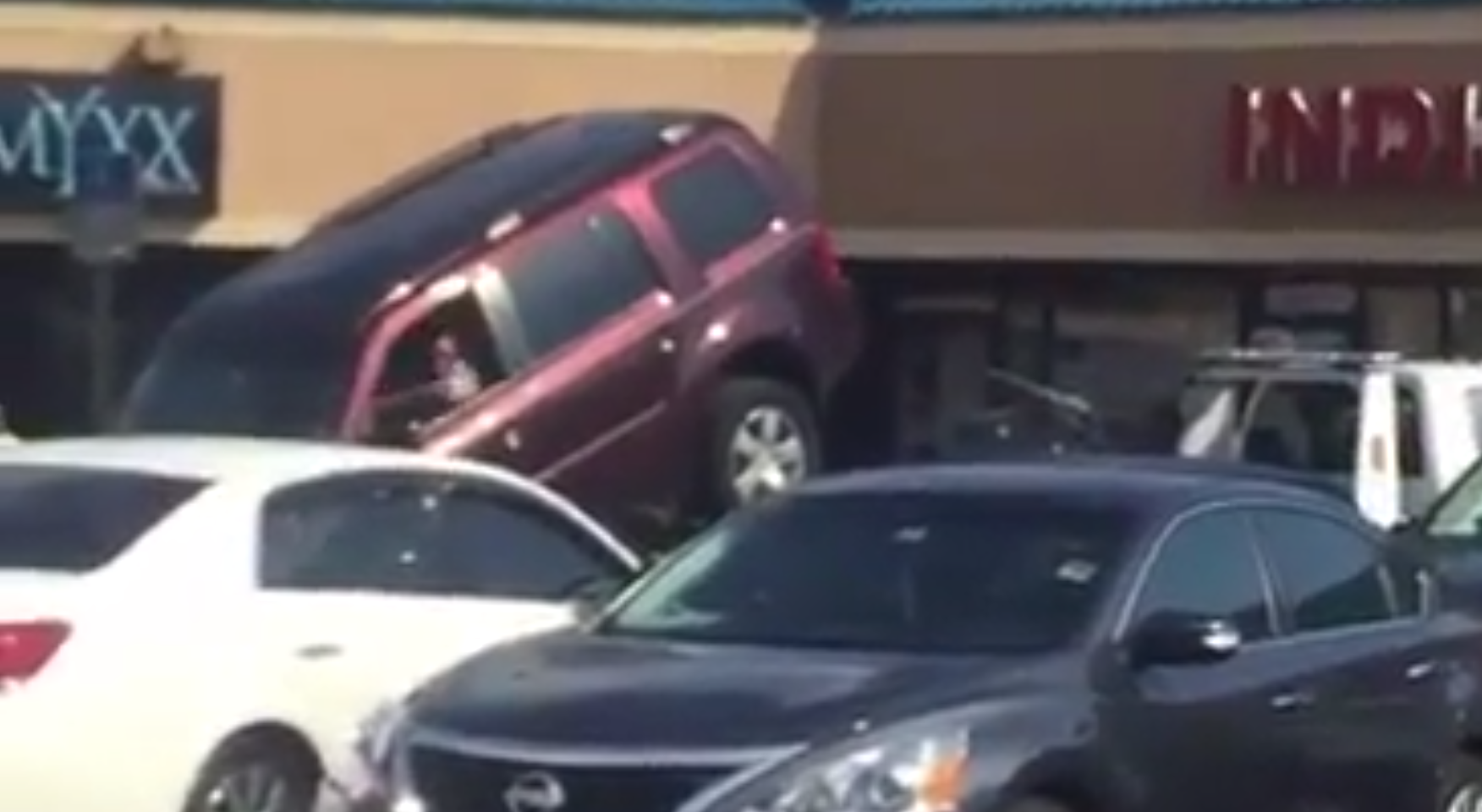 Now, we know we’re not meant to park in certain places, don’t we?

Double yellow lines, no stop signs yada yada, we could go on.

The signs saying ‘offenders will be towed’ bears down on all these marked spots, putting us off these handy but illegal spaces.

From time to time we all risk it though, don’t we? That is, until the tow truck actually arrives.

Well, in America, one man chose to live the dream and park in one of those areas, and found his car about to be towed when he returned.

What resulted was one of the best games of tug and war you’ll ever see.

In a show of absolutely defiance, the driver wrestles to drag the tow truck along, turning the wheel furiously in an attempt to break free.

You’ve really got to admire their optimism.

It seems that the whole thing took place in a shopping precinct, which does make it a slightly dangerous stunt to attempt. Maybe they were in a rush. Who knows?

It makes for excellent viewing. And luckily enough for you, the video’s just below.