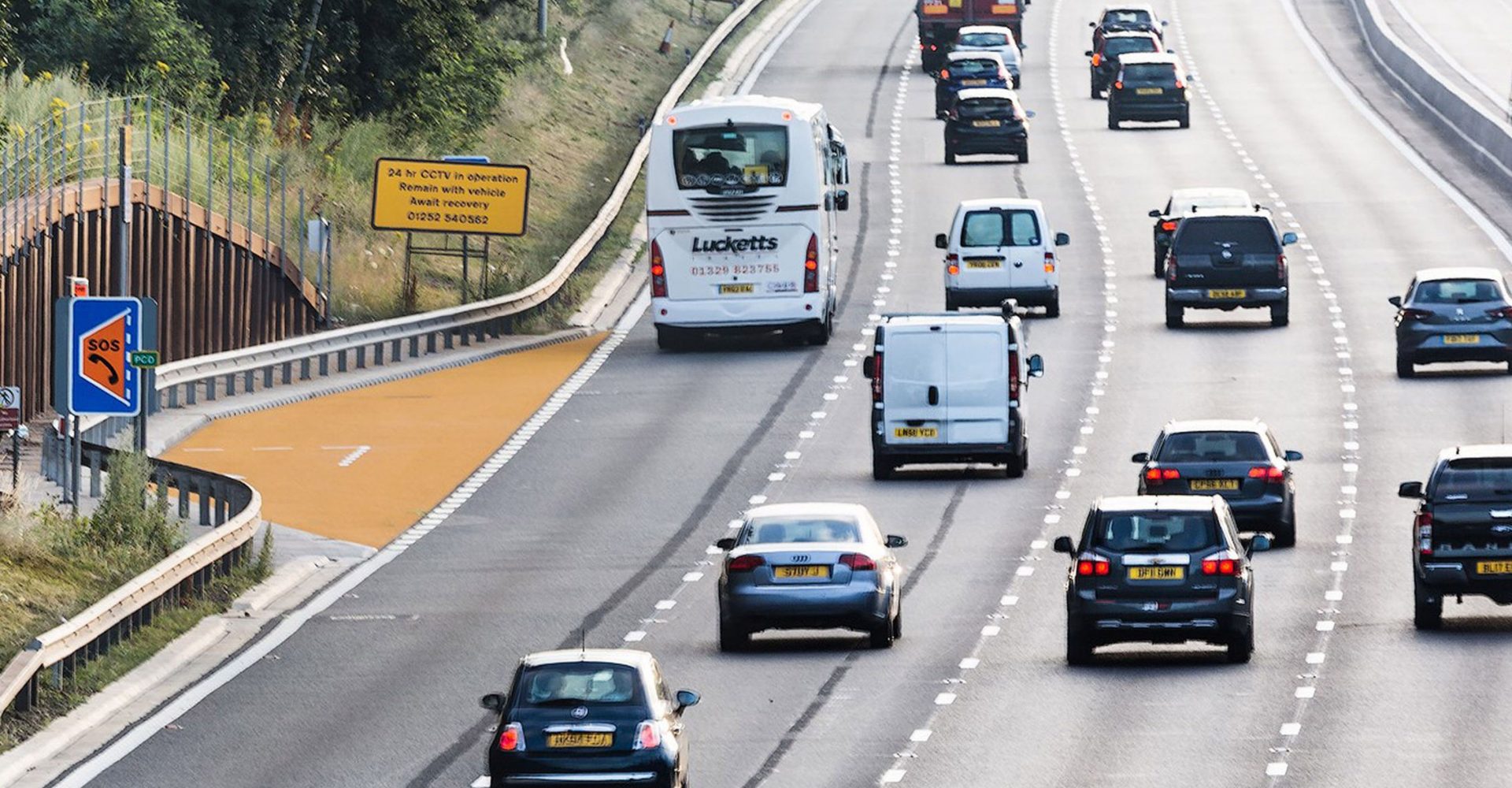 Pressure on Highways England to halt its smart motorway programme has increased after a new survey highlighted drivers’ safety concerns.

The RAC poll found 68% of drivers in England think removing the hard shoulder puts people whose vehicle breaks down in a live lane at greater risk.

Highways England has increased capacity on some of the country’s busiest motorways by converting more than 100 miles of hard shoulders to running lanes for traffic.

Emergency refuge areas (ERAs) have been placed up to 1.6 miles apart, but the survey found 72% of smart motorway users are worried about not being able to reach them if they break down.

Nearly three-fifths (59%) of those questioned think the distance between ERAs is too far.

All-lane running smart motorways permanently use the hard shoulder for live traffic, while dynamic schemes only open the lane to traffic during busy periods.

Once incidents such as a breakdown or collision are identified on smart motorways, lanes are closed via an illuminated red X on digital displays.

But there is concern about Highways England’s ability to detect stationary vehicles in running lanes, and the number of drivers who ignore lane closure signs.

The RAC is calling on the Government to ensure the latest stopped vehicle detection technology is retrofitted on all smart motorways, and for more ERAs to be built.

The organisation’s head of roads policy Nicholas Lyes said: “Our research clearly demonstrates that many drivers have some serious concerns about certain aspects of all-lane running smart motorways.

“We, and drivers generally, understand there is a need to increase capacity on our motorway network with traffic levels forecast to grow.

“However, this should only be done using the latest design features and technology so schemes are not only as safe as possible, but also make motorists feel safe driving on them.

“Sadly, only a fraction of all-lane running smart motorways operating today have SOS areas spaced at intervals of up to a mile and stopped vehicle detection technology installed.”

He told MPs “we know people are dying” on the roads, but said greater detail is required on how safe they are compared to full motorways.

This came after Highways England chief executive Jim O’Sullivan admitted dynamic smart motorways are “too complicated for people to use”.

He explained to the Commons Transport Select Committee that the roads are catching out some drivers when their routine changes.

“I don’t think we will be building anymore,” he said.

Some 1,753 UK motorists were surveyed as part of the RAC Report on Motoring 2019.

A Highways England spokeswoman said: “The Transport Secretary has asked the Department for Transport to carry out, at pace, an evidence stock take to gather the facts about smart motorway safety.

“We are committed to safety and are supporting the department in its work on this.”