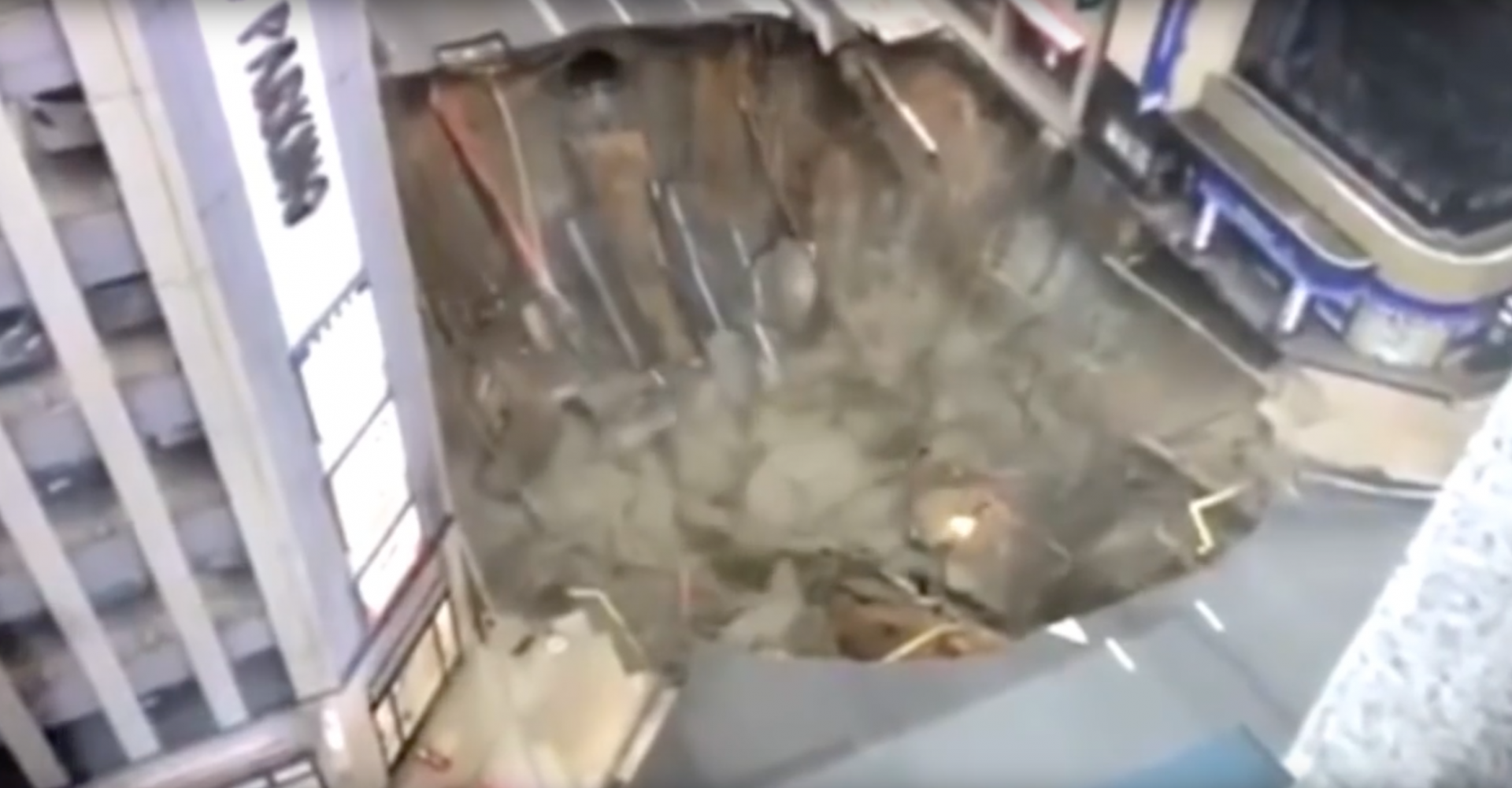 You know when you’ve made a catastrophic and embarrassing error and you just want the ground to swallow you up? Well, if you had one of those moments earlier this week, then you should have been on this street in Fukuoka, Japan.

Sinkholes seem to have been quiet recently, after a spate of earth-eating incidents over the past couple of years, but the planet clearly decided it was hungry again on Tuesday morning, when two sinkholes opened up near the Japanese city’s Hakata Station.

The two sinkholes rapidly joined to form one enormous crater that engulfed the street from pavement to pavement, leaving a gaping 98ft chasm that rapidly filled with water.

Thankfully, nobody was seriously hurt in the incident, which could have been a major disaster had the road been busy at the time. In fact, local broadcaster NHK said the only injury sustained was an elderly woman who slipped on some stairs during the resulting power cut.