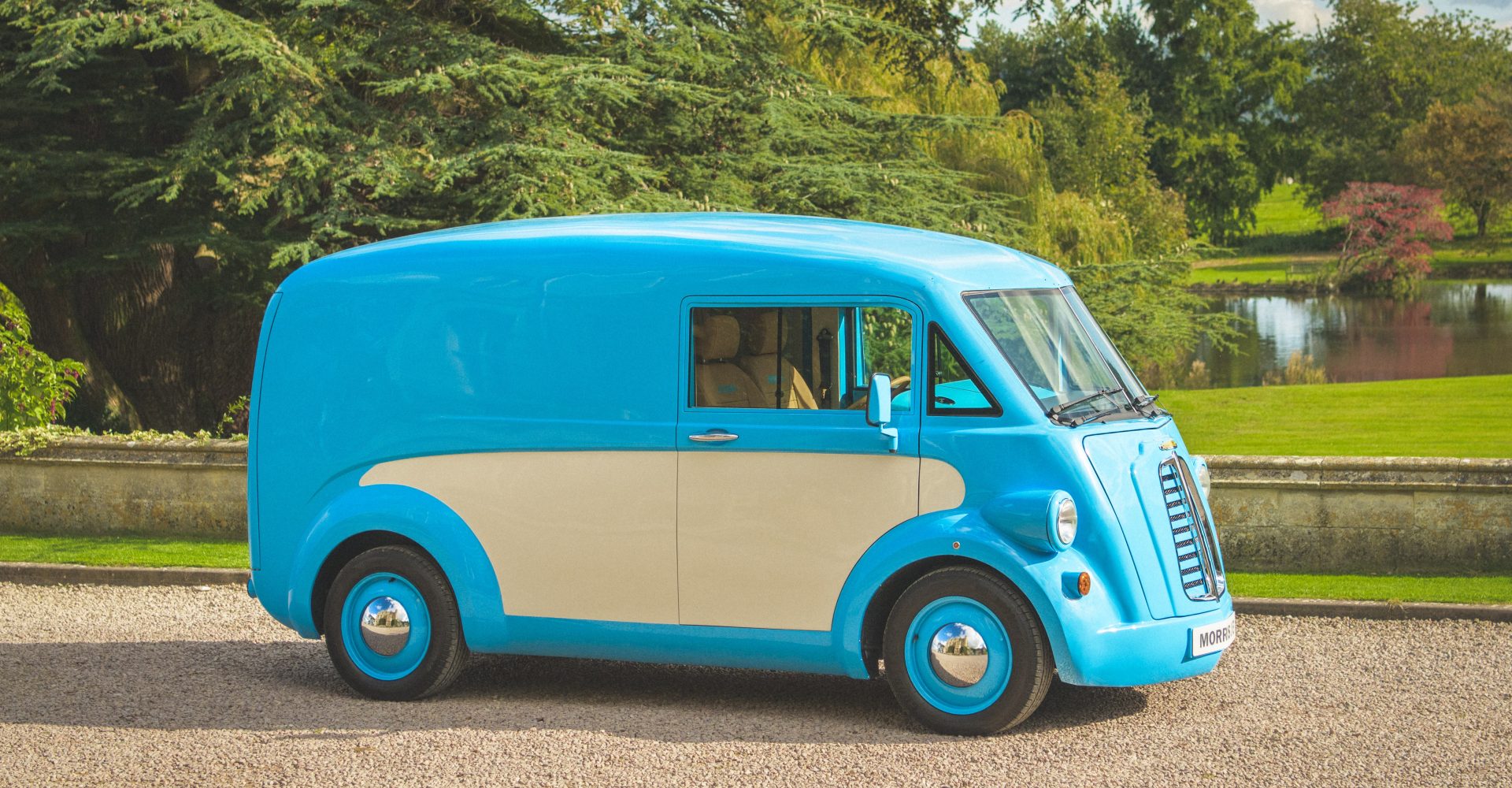 An all-electric van inspired by the classic Morris J-Type has been unveiled.

The Morris JE is the first model released by the Worcestershire-based automotive engineering start-up that bought the naming rights to Morris Commercial.

The vehicle has a carbon fibre body and an electric motor powered by a lithium-ion battery.

Morris Commercial believes its range of 200 miles makes it a “viable option” for businesses.

The van was showcased at The Design Museum in west London on Wednesday.

Morris Commercial chief executive Dr Qu Li said: “It is a delight to unveil the new Morris JE to the world and for us to show what we have been working so hard to achieve.

“From the outset, our vision was to bring a new concept to the light commercial vehicle market, not just in terms of the battery electric powertrain, but also to introduce a timeless design that takes the aesthetics and appeal of such a vehicle to a whole new level.

“What we have created is a beautiful, retro design that sits upon a cutting-edge, modular battery electric vehicle platform, delivering practicality and functionality to compete with the best in its segment.”

The original J-Type was launched in 1948.

It was marketed as a “big little van” and played an important role in promoting businesses in the post-war period.

The model was renowned for its distinctive design and was exported from the UK to more than 20 countries.