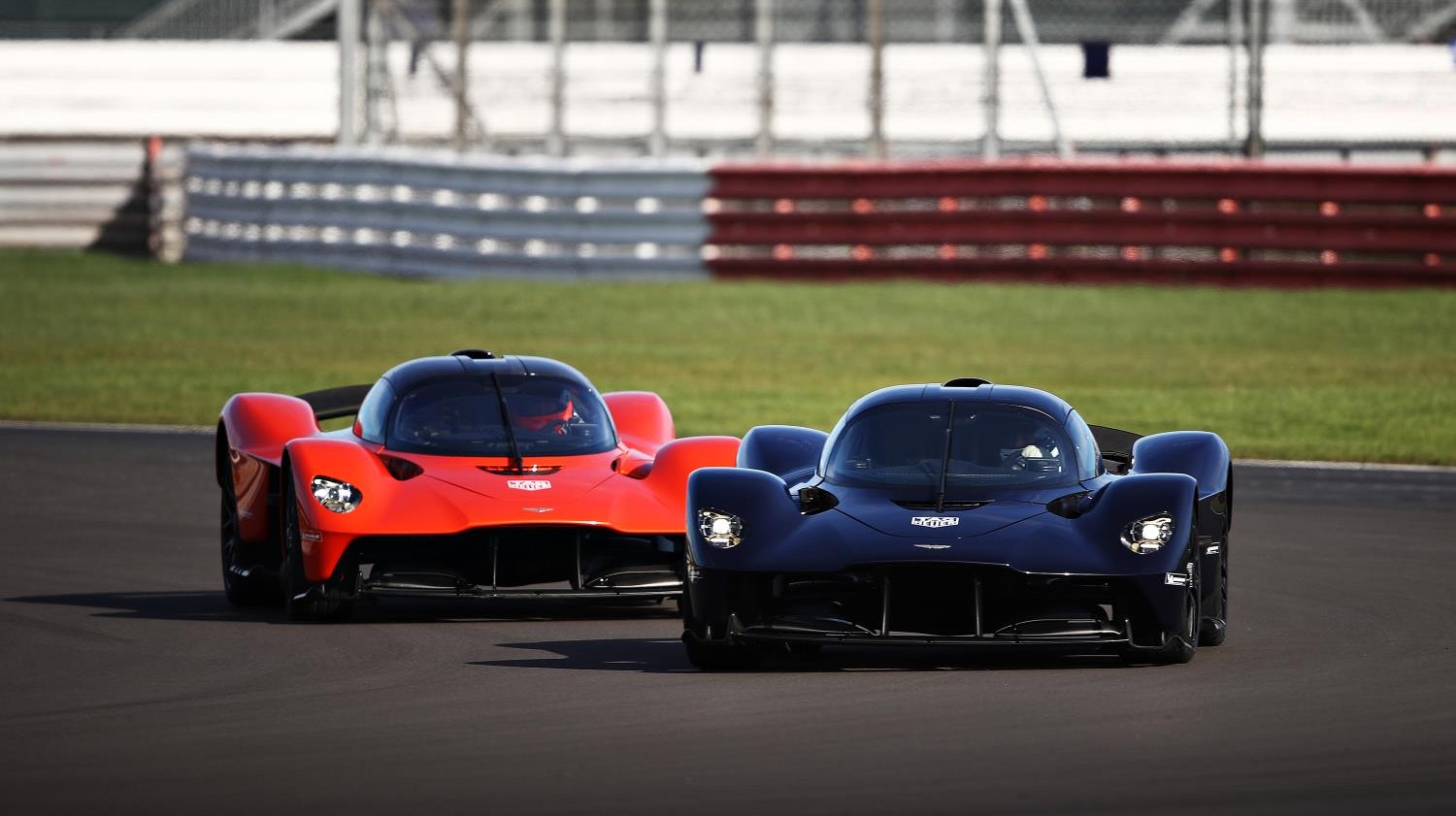 The Dutch and Thai racers were given their first chance behind the wheel of the British firm’s new hypercar, which has been built in collaboration with Red Bull Advanced Technologies, the energy drink maker’s automotive division.

The F1 stars drove the first ‘verification’ prototype, which made its public debut at the British Grand Prix, also at Silverstone, last year. They were joined by the second and third prototypes, which were being given their first real world test at the hands of Aston Martin’s test driver Chris Goodwin and World Endurance Championship racers Darren Turner and Alex Lynn.

Eight ‘verification’ prototypes will be built in total, with the purpose of undertaking intense testing programmes ‘designed to develop and validate specific attributes that contribute to achieving the performance of the world’s fastest ever road-going hypercar’. Verstappen and Albon were on hand to also give feedback to engineers about their thoughts on driving the car.

Verstappen said: “I was here at Silverstone to watch the first runs of the Aston Martin Valkyrie at the British Grand Prix last year but of course it’s always better to be behind the wheel yourself, and to be one of the first guys to drive an insane car like this was really exciting. It was amazing to get a first taste of it.

“The Aston Martin Valkyrie and its levels of downforce are incredible, and it looks super aggressive. It was a lot of fun out there.”

Albon added: “It was incredibly exciting to have this opportunity to drive the Aston Martin Valkyrie and the first thing that struck me was the visual aspect – it looks awesome! It also really feels like a racing car.

“Max had a go before me, so the anticipation was building, and to get a chance to drive it was really special. Obviously, there’s still some development to do, but already it feels very good, especially the balance between the corners. It’s light; it feels sharp. Sure, compared to an F1 car, you’re missing the outright downforce, but you still feel the Gs in the corners and it definitely reacts closer to an F1 car than a normal road car. It’s pretty special. I just need to get my hands on one!”

Aston Martin is aiming to begin customer deliveries of the Valkyrie in the second half of 2020.