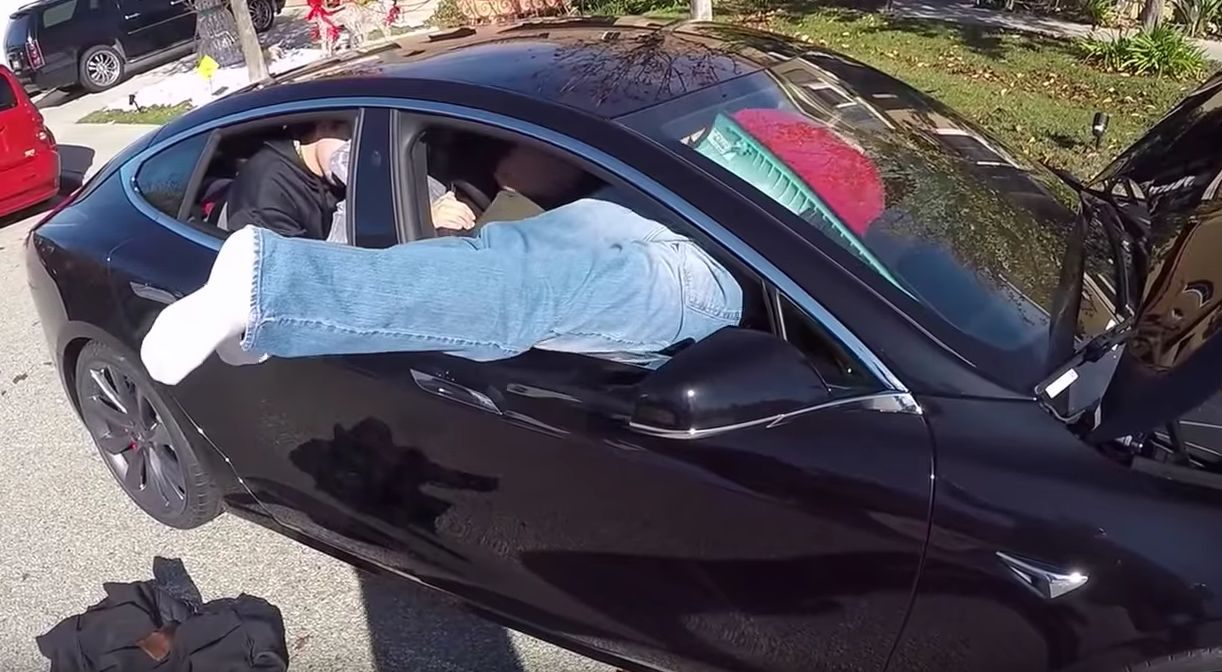 Officially, you can fit five people in a Tesla Model S – seven if you spec the extra kid-sized seats in the boot. Or 19 if you get creative…

Professional endurance driver Carl Reese is a fan of breaking world records. For example, he recently drove from California to New York in an electric vehicle in just 57 hours and 48 minutes.

Over the Christmas holidays, Reese had loads of family and friends visiting, so he decided to try to set a new record for the number of people in a Tesla Model S. With men, women and children all crammed into the large saloon car – and one in the ‘frunk’ – he managed an impressive 19.

So there you have it. The Tesla Model S is the world’s fastest production electric clown car!

See the record-breaking stunt below: