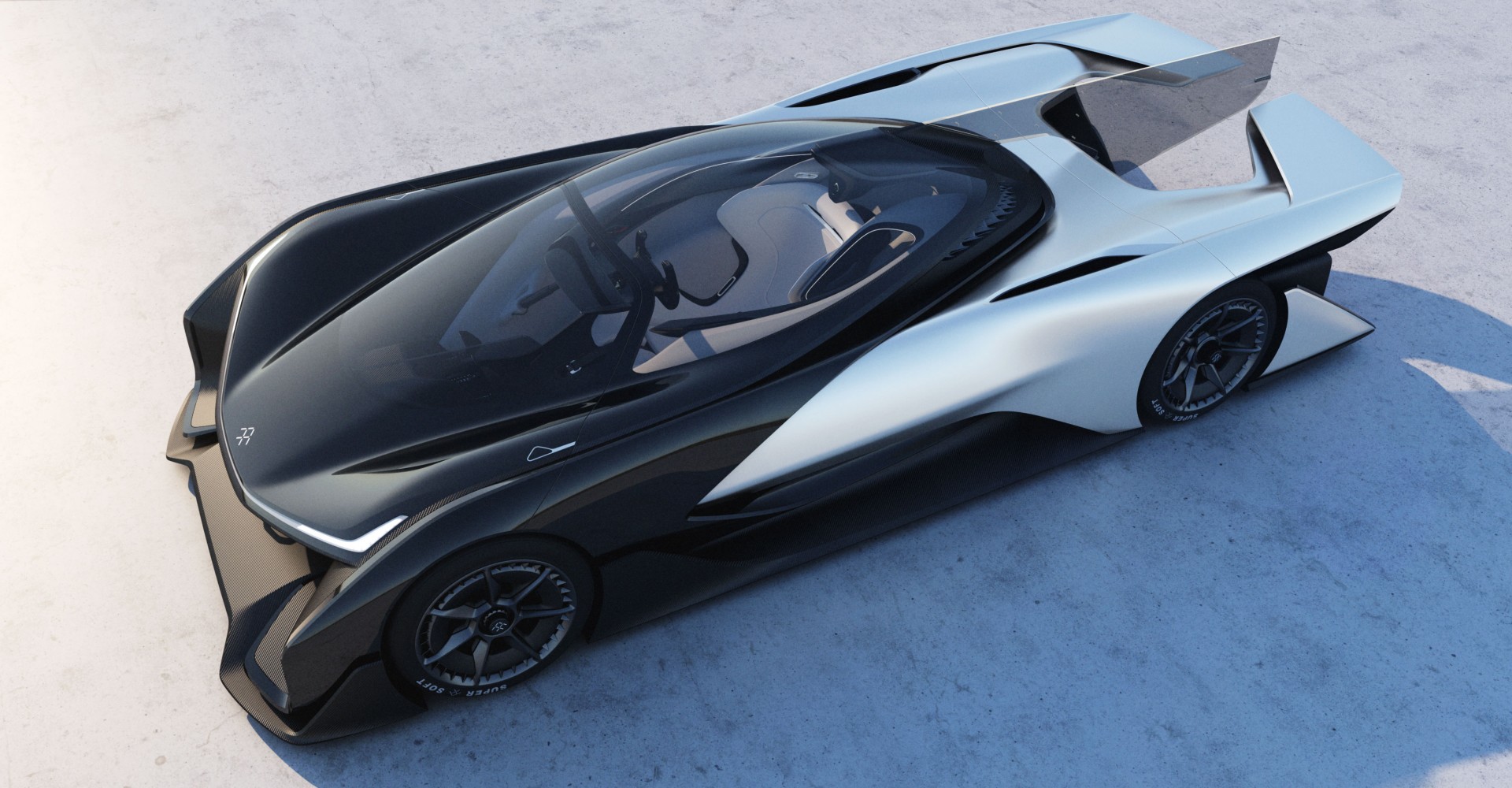 Now this is what we call mean, moody and magnificent!

Electric car firm Faraday Future has revealed to the world the battery-powered vehicle it hopes will take the automotive world by storm.

Looking like something that Batman would aspire to, the 1,000hp-plus FFZERO1 concept car was unveiled at the Consumer Electronics Show in Las Vegas.

The firm’s head of research, Nick Sampson, who jumped ship from Tesla where he was an engineer, said that because Faraday Future used ‘variable production architecture’ it could move quicker than others in bringing out various models with different priorities. Ouch!

The car can certainly shift, too. Nought to 60 in under three seconds and a top speed of more than 200mph.

One drawback is that the FFZERO1 can only seat one person, and the company, which has partnered with Chinese internet television provider LeTV, is also looking for a new chief battery architect, but we love some of the ideas, such as the steering wheel having a smartphone dock, and projections of augmented reality on the road in front.

The first production vehicle should be rolling out in 2018, with building work for the first factory – also in Las Vegas – set to start in a few weeks’ time. For now, though, you can see the concept in sleek action in full below and decide for yourself if the future is Faraday’s: