The Mercedes G-Wagen has been around seemingly forever, but it’s time to say goodbye.

Well, not to the G-Class completely, as a totally new car is in the pipeline, but the model that’s been around since 1979 is finally on its way out. 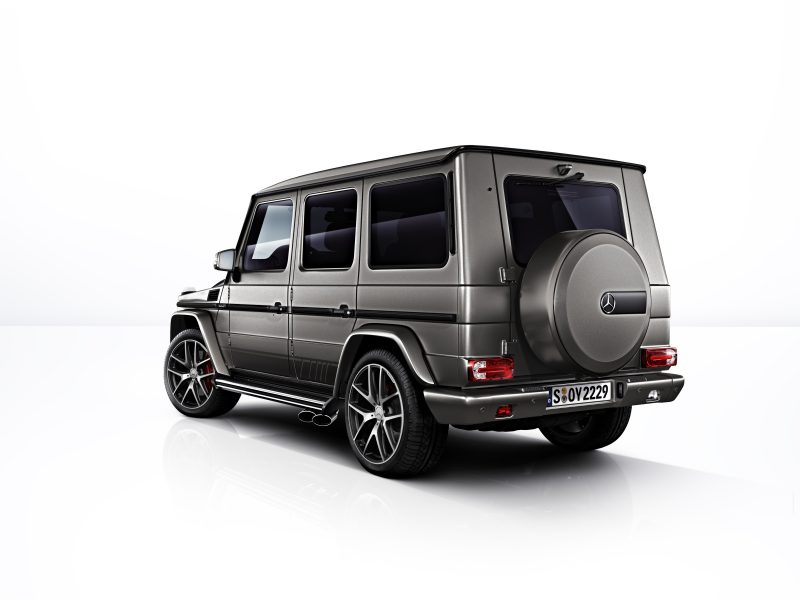 The German giant isn’t letting it go without a bang though, as two new AMG versions will bid farewell to the 4×4.

Introducing the Exclusive Edition, which adds a host of, er, exclusive additions to the G63 and G65.

So, what do you get? Well, aside from either a 5.5-litre V8 or a 6.0-litre V12, the exterior of the new model comes with AMG racing stripes, grey magno matte paint and 21-inch alloy wheels.

Inside the car, you’ll find a two-tone leather-trimmed instrument panel and AMG sports seats, with the option of carbon-fibre or piano-black trims. Other options include red seat belts, leather grab handles and a two-tone AMG Performance steering wheel.