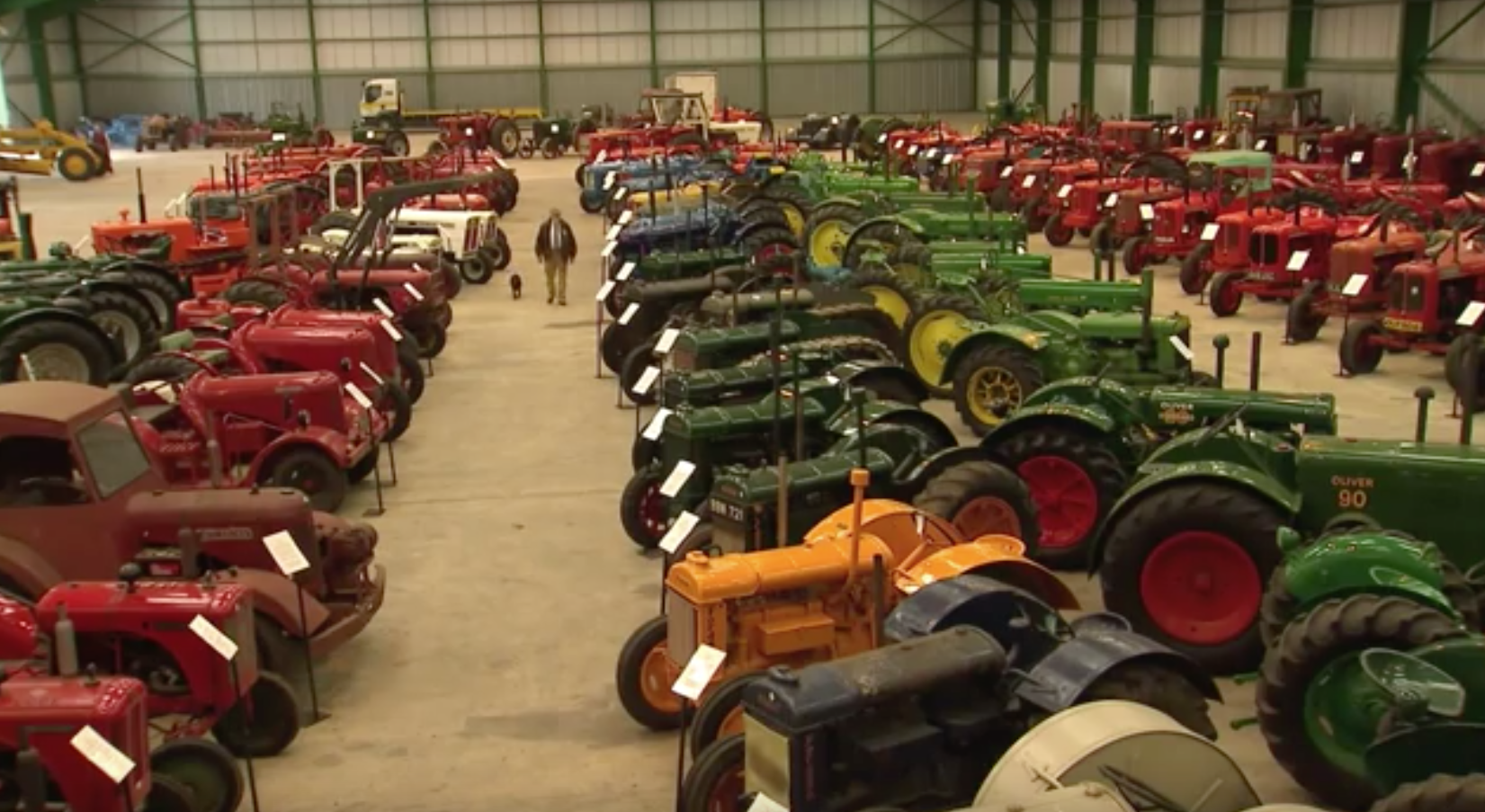 What do you do with 230 tractors that your family aren’t keen on?

This Norfolk farmer is clearly a fellow with panache, having amassed and restored the staggering collection – believed to be worth £2 million – over 25 years. Now, though, Paul Rackham is putting the lot of ’em up for auction.

The deeply impressive collection displays his obvious passion for restorations. Among his most treasured rare workhorses is an olive-green Holt, which is the only First World War example of its type in existence.

Having considered keeping the fleet among the Rackhams, the 79-year-old decided to auction it because his family ‘aren’t that interested’ plus he wanted to sort his affairs out ‘in an orderly way before I pop my clogs’ – that and find another challenge.

He doesn’t expect to make his money back, thanks to the eye-watering restoration costs, but we feel that isn’t really his aim. Anyway, at least he’ll have an empty building soon to house whatever that challenge turns out to be, Sir, we salute you!

See him talk about his amazing collection below: