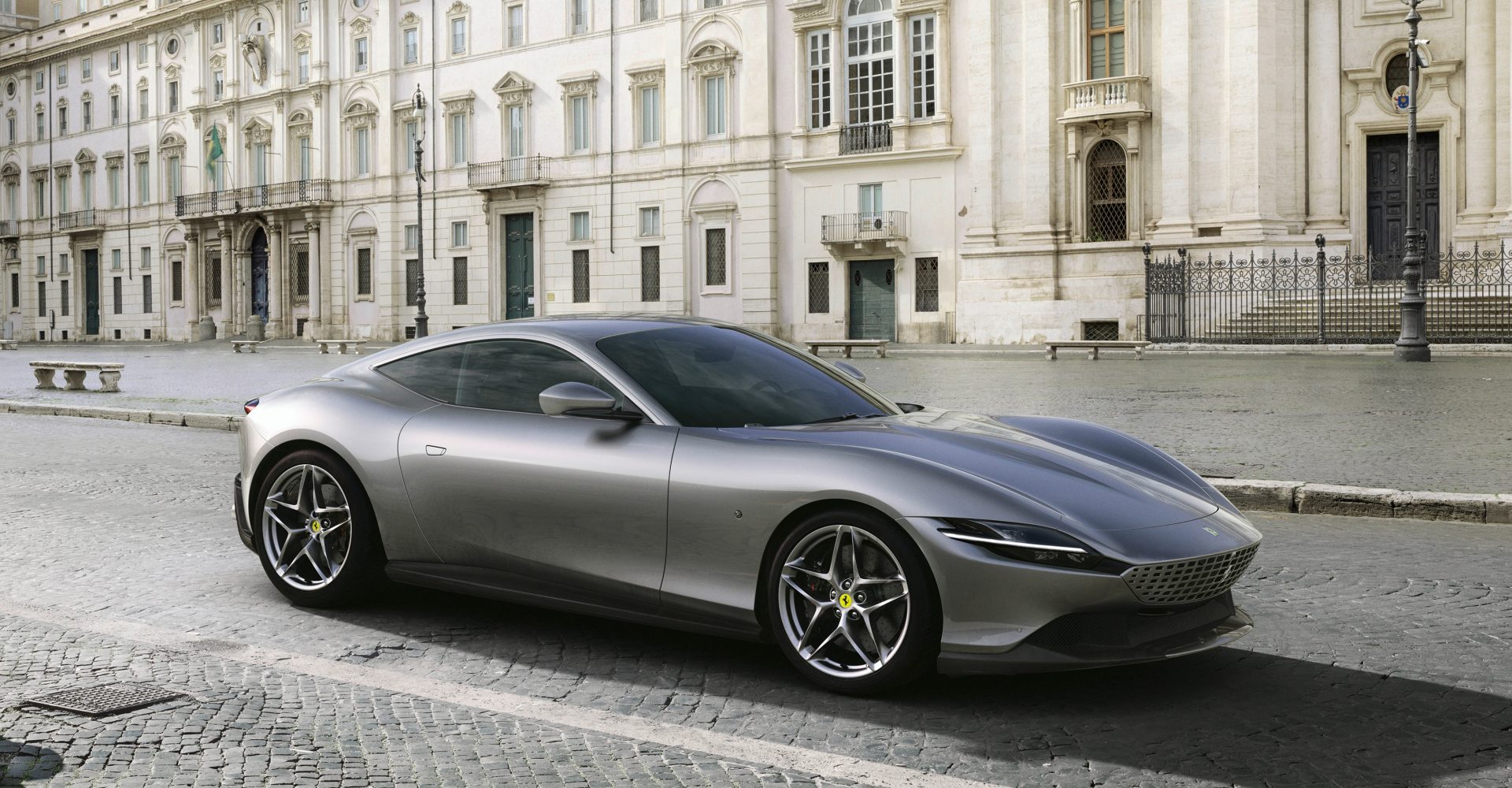 Ferrari has revealed a new coupe — the V8-powered, four-seat Roma.

Named after the Italian city of Rome, this grand tourer boasts 612bhp and 760Nm of torque from its 3.9-litre turbocharged V8 engine. Power is sent to the rear wheels via an eight-speed automatic gearbox. As a result, 0-60mph is covered in 3.2 seconds with the car’s top speed said to be in excess of 199mph.

The engine sits at the front of an elongated body, with the Roma taking on a classically-inspired look. Using hallmarks of the 250 GT of the ‘60s, it features sleek bodywork with minimal disruptions in its design, with a short rear overhang.

In order to keep grip at a high level without affecting the clean aesthetic, the Roma utilises a rear spoiler that deploys at higher speeds — then retracting to return the smooth silhouette of the car.

Ferrari describes the front of the cabin as containing two ‘cells’. In effect, this sees the driver’s and passenger’s side of the car split by a centre console that swoops down from the dashboard. This looks to create an almost single seater-like effect at either side.

A 16-inch digital instrument cluster sits in front of the driver in place of traditional dials and gauges, while a vertically-mounted 8.4-inch infotainment is housed within the centre console.

There’s also a rear bench to give the car the ability to carry four occupants at any one time, though based on similar efforts from other manufacturers, we imagine this ‘+2’ layout will serve better for children or as extra luggage room.

There is no word yet on pricing and availability for the Ferrari Roma as yet, but expect a mid-late 2020 arrival.