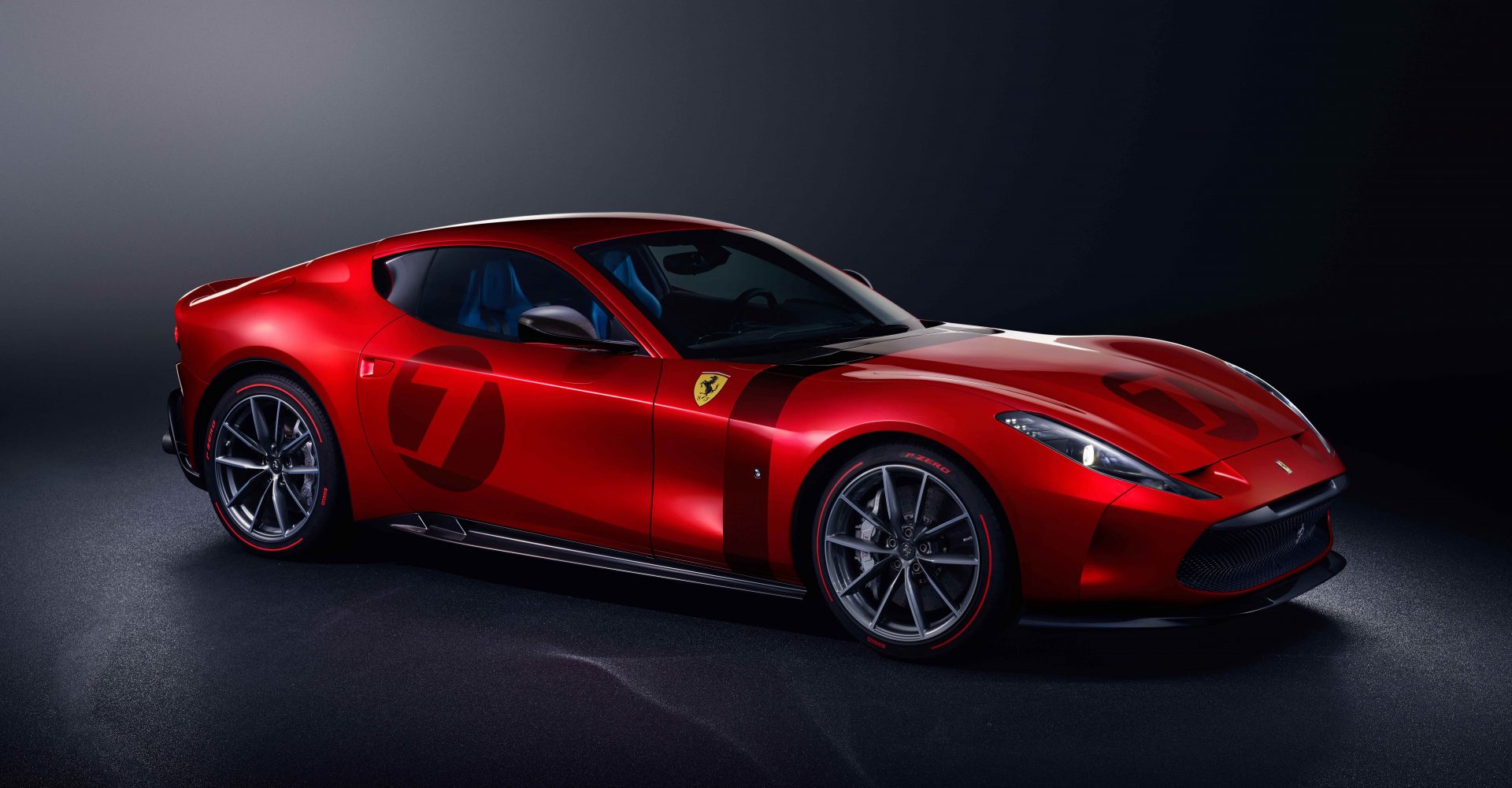 Ferrari has revealed a striking new one-off supercar – the Omologata.

At the heart of the Omologata is a powerful V12 engine, while a range of aerodynamic touches and bodywork tweaks have been applied to create one smooth bodywork.

The project to create the car took two years to complete, taking the same basic setup as Ferrari’s 812 Superfast and transforming it into this bespoke model.

It’s the first time that a V12-powered one-off Ferrari has been delivered since the P540 Superfast Aperta of 2009 – and takes its place as the 10th such car that the firm has ever produced.

Inside, the car features electric blue seats with four-point harnesses, while a lack of rear quarter lights or screen means that the cabin is kept quite dark which harks back to the purposeful interiors in cars ‘of a bygone era’, according to Ferrari.

A hammered paint effect – similar to that used in classic cars like the 250 LM and 250 GTO – has been applied to details such as the inner door handles too. A crackled paint finish has been used on the dashboard and steering wheel, giving it these areas a retro, worn-in appearance.

The Omologata was ordered and commissioned by a ‘discerning European client’ and finished in Rosso Magma. Though no price has been disclosed as yet, it’s likely to be considerably more than the £260,000 price tag which accompanies the regular 812 Superfast.