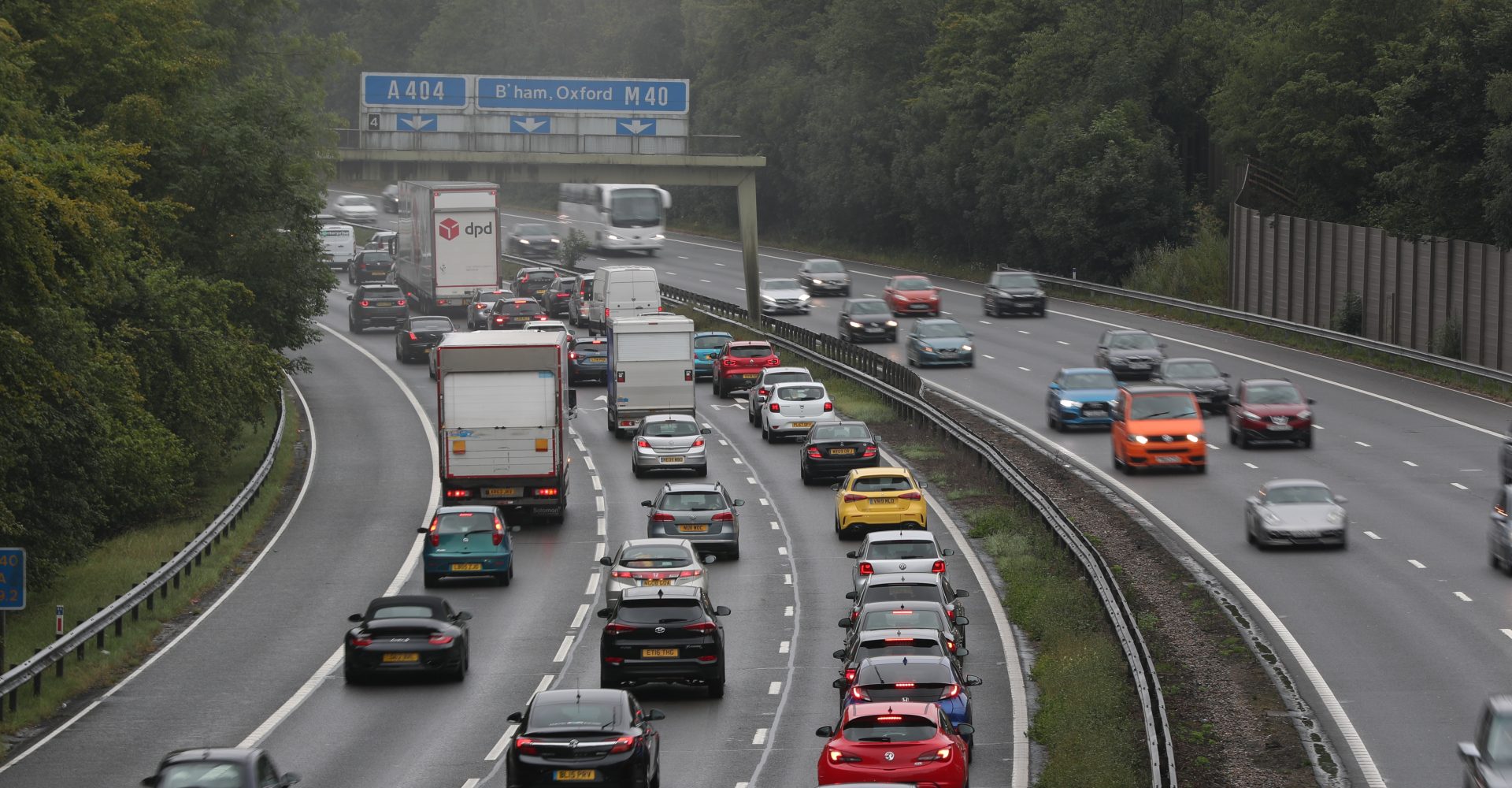 Christmas Day falling on a Wednesday is expected to ease some of the congestion on the roads during the annual festive getaway.

The AA predicts visits to friends and family are likely to be more spread out than normal.

Its survey of nearly 18,000 motorists suggested December 19 and 20 – the Thursday and Friday before Christmas Day – will be the worst for traffic jams as 53% and 52% respectively plan to drive on main roads and motorways.

That equates to more than 17 million people hitting the roads each day.

Among those battling for space will be people making an early festive getaway, last-minute shoppers and regular commuters.

Traffic is expected to reach a peak on December 20 after 4pm, with the M5 between Bristol and Weston-Super-Mare, and the M6 around Birmingham, identified as two roads where hold-ups are likely to occur.

Stretches of the M1 from Luton northwards and the M62 and M60 in the North West also often suffer from congestion due to incidents and breakdowns.

The AA survey suggests December 23 will be the third busiest festive day on the roads with 48% of drivers planning to use their car, followed by Christmas Eve (46%).

Shopping and other day trips are expected to reach a peak on the Saturday before Christmas Day, with almost one in four drivers (24%) planning an outing.

Christmas Day is likely to be one of the quietest days for traffic as just 33% of motorists say they will be making a journey.

AA patrol of the year Ben Sheridan advised drivers to plan ahead to make their festive trips as smooth as possible.

He said: “Check the traffic reports before you leave and try to travel when it’s quieter if you can, or consider taking a different route to beat the jams.

“The good news is that Christmas falling mid-week may help to spread journeys out. We still expect peaks in traffic as the staggered getaway from work and school is followed by last-minute shopping trips on Saturday, but visits to friends and family are more likely to even out over the week.”

Mr Sheridan added that drivers should carry out basic checks before embarking on long journeys to help avoid a breakdown.

Train journeys could also take longer than expected with Network Rail carrying out 386 engineering projects over the festive period.

Services in the South East will be worst hit by the closure of rail lines.

London Paddington will be shut from December 24-27 and a reduced timetable will be in place over the following four days as Network Rail carries out Crossrail work, affecting Great Western Railway, Heathrow Express and TfL Rail services.

The majority will be carried out on Christmas Day and Boxing Day – when most of the rail network is shut down every year – but there will also be limited trains from the station during the morning of December 27.

Other engineering work means Southeastern Highspeed and Eurostar trains will not stop at Ashford, Kent between December 26-29.

There are around 25% fewer engineers working this Christmas compared with 2018, meaning more lines and services will operate as normal.

Network Rail says doing work over bank holiday periods minimises the impact on passengers as trains are up to 50% quieter than usual.