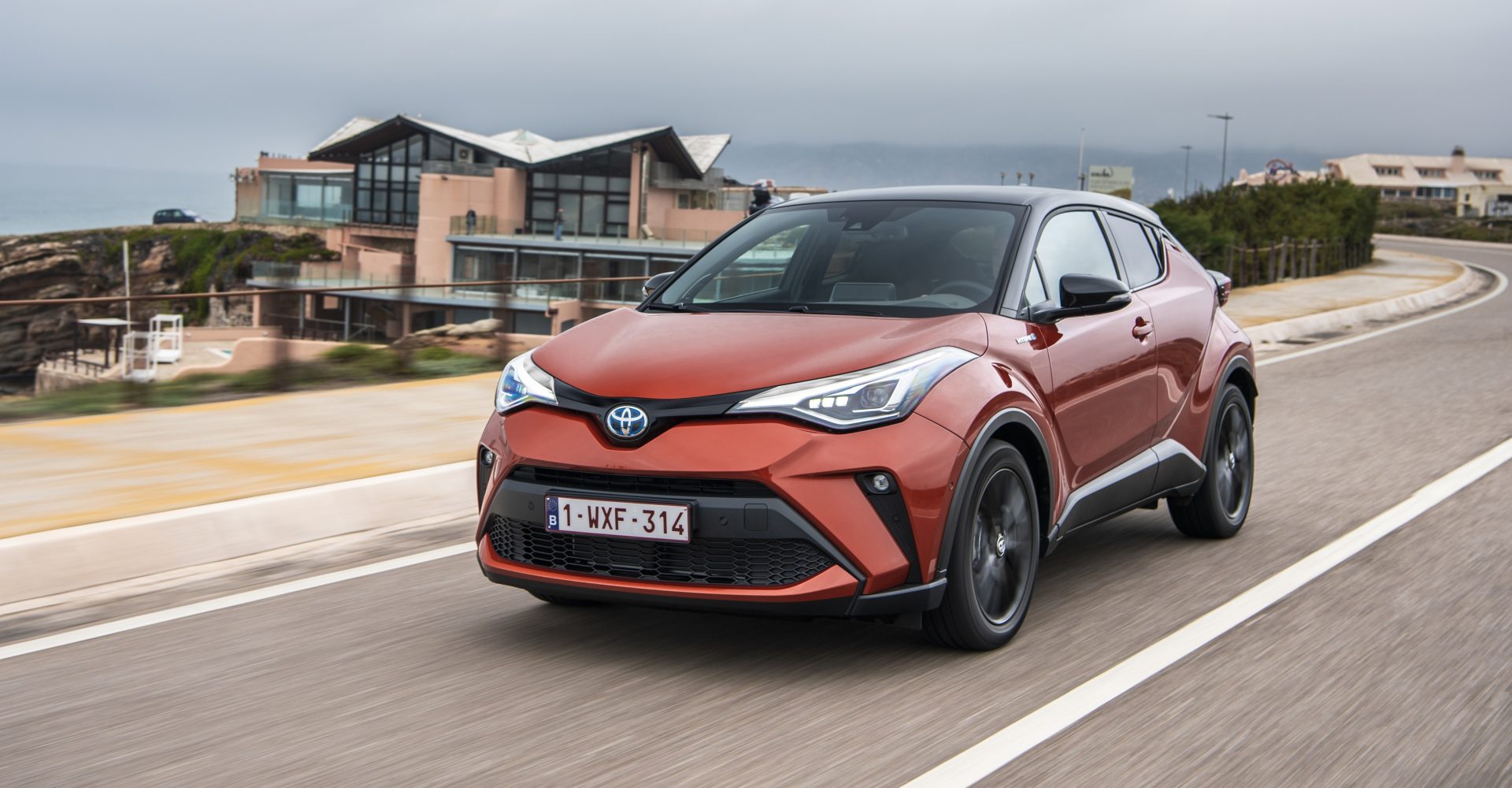 Though crossovers are all the rage in the new car market and the race to electrification is seeing a world of hybrids and EVs coming to the fray, the, err, crossover between the two has been rather minimal so far.

Sure, it’s possible to buy an electric MG ZS and a variant of the new Peugeot 2008 will be battery-powered too, but those seeking a more eco-conscious option from their pseudo-SUV have been largely restricted to the former and, in more recent times, Hyundai Kona variants.

There is an alternative, however, and one that has led the way in hybrid within its segment. That’s the Toyota C-HR, which has featured an electrified variant ever since its 2016 introduction. It’s been far from a flop either, with 14,600 shifted in its first year on the UK scene — though this does include pure internal combustion choices.

Keen to build on its success and perhaps even take on the class-leading Nissan Juke, Toyota has opted to refresh the car for 2020 — but is it enough to grab a stronger hold in arguably the most competitive new car arena?

Toyota is a firm proud of its ‘self-charging’ hybrid powertrains, and it’s decided to offer only electrified units in the refreshed C-HR. The previous 1.8-litre option remains with a little bit of fettling to boot and now lines up with a fresh 2.0-litre alternative drafted in from the Corolla hatchback. Examples powered by the latter see some suspension and soundproofing tweaks, too.

Visual changes are subtle but certainly present, with a little bit of a touch-up to the front and rear bumpers while head- and taillights receive updated LED tech.

Rounding out notable changes to the crossover is a (much-needed) upgrade for its infotainment system, which now also boasts support for both Apple CarPlay and Android Auto.

We’re behind the wheel of the refreshed Toyota C-HR with the new 2.0-litre unit sat underneath its bonnet. The four-cylinder unit is linked to a 650v electric motor, with the two combining to produce 184bhp. Power is fed to the front wheels via a CVT transmission.

As a result, 0-60mph takes eight seconds with a top speed of 112mph said to be possible. Toyota claims the C-HR returns 49.6-54.3mpg in mixed driving conditions with emissions weighing in at 92g/km.

Those looking for an engine that’s effortless and efficient should fix their eyes this way. It’s happy to sit in EV-only mode for most lower-speed driving, with the transition to using its petrol engine seamless. Power does thin out early in the rev band and its CVT does result in a fair bit of noise under heavy throttle usage, but low-end torque makes for a smooth driving experience.

If there’s one thing Toyota didn’t need to alter about the C-HR, it was the driving experience — and fortunately, it hasn’t.

Town capabilities are impressive as ever, with the car taking the difficulty out of driving thanks to its well-judged steering and compact dimensions, which is sure to win buyers over. Visibility is still compromised as a result of its unconventional styling, though.

Its strengths as an urban runaround don’t compromise its capabilities elsewhere, either. A supple ride and low wind noise make it relaxing at motorway speeds, while a keen chassis means there’s fun to be had on twisty roads — though the car will fight hard against any yobbish mannerisms with an intrusive traction control system.

Admittedly, your only way of distinguishing a new C-HR from an old one would be by lining up the cars side-by-side and having someone who already knew the difference pointing it out to you. That, or by looking for a post-69 registration plate.

It’s not without changes, though. Very subtle tweaks come to the front and rear bumpers of the car, while Toyota proudly boasts new LED tech in its head- and tailights. Fresh alloy wheels designs are introduced as well.

Though perhaps not as opinion-dividing as the previous Nissan Juke’s aesthetic, the Toyota C-HR certainly has a bolder approach to design than most conventional crossovers. We’ll let you make your own mind up whether that’s a good thing or not, but from our perspective, we’re quite taken by it.

You may have picked up on a theme of changes being minimal but effective, and that continues into the C-HR’s cabin. It remains spacious up front, with an impressive deployment of premium-feel materials around the cabin. Build quality continues to be impressive too — with the sense that nice stuff is built to last.

Boot space hasn’t been altered with the new powertrain, remaining at 377 litres with all seats in place. That puts it well below the new Nissan Juke’s 422 litres — giving its key rival a leg up.

The main change inside the C-HR is the new infotainment system. It’s an updated version of Toyota’s existing set-up rather than a total overhaul. It’s certainly better than before, but we still think there’s room for improvement — its satellite navigation can be slow to react, responsive isn’t up with the best and it’s far from the most intuitive option on the market. The addition of Apple CarPlay and Android Auto presents alternatives, but we think it’s time for a ground-up rethink of the Toyota software.

We’re behind the wheel of the car in an equivalent spec to the UK’s limited-run Orange Edition. Only 500 units of this are slated to arrive on our shores and brings with it 18-inch alloy wheels, rain-sensing wipers, heated front seats, keyless start, satellite navigation, blind spot monitoring, full LED headlights, a JBL audio system and that eye-catching orange paintwork among other goodies.

Though it’s certainly well-equipped in this spec, it does come in at £32,595 and is only offered on 2.0-litre engined cars. For our money, we’d look to drop to a lower-spec model.

Tweaks to the new Toyota C-HR may be minor, but they each enhance the overall package without compromising too much.

Its new powertrain immediately stands out as the sweet-spot in the line-up, though its high price point will likely steer buyers toward the smaller-capacity unit. The model is showing its age though, with its boot capacity now outclassed since the car’s original 2016 introduction. More needs to be done infotainment-wise to keep up with the times as well.

With that in mind, however, the C-HR continues to be an effortless drive, exceptionally stylish and offer a lot of equipment.