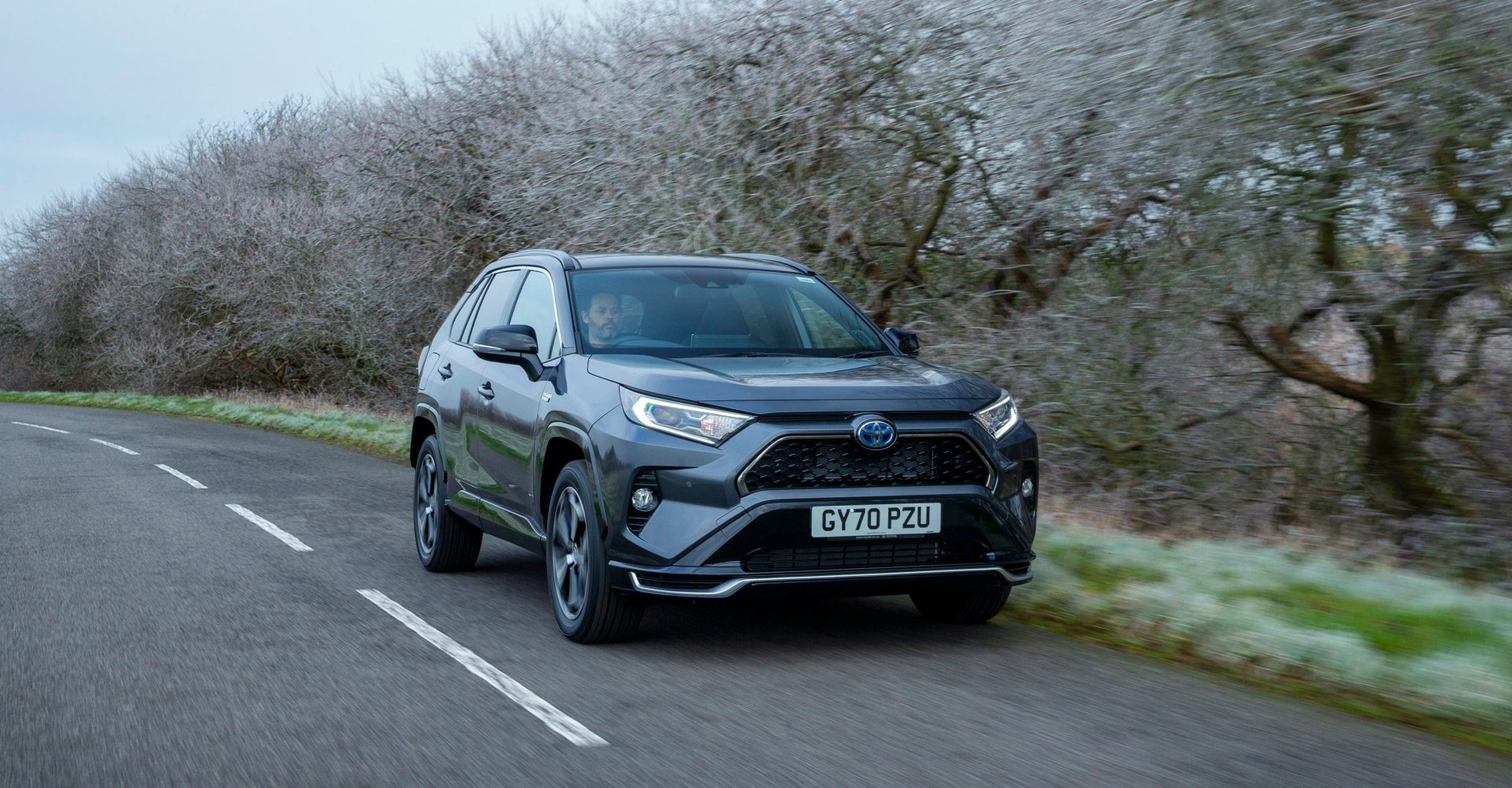 Toyota is a company which has been committed to an electrified future for some time. In fact, take one look at its current line-up and, save for a few notable mentions such as the GR Yaris and Aygo, its range is almost completely battery-assisted.

The vast majority of those, however, are so-called ‘self-charging’ hybrids, which cannot be topped up from the plug. Toyota’s popular RAV4 is already available with one such powertrain, but the firm has decided to up the ante by introducing a plug-in hybrid variant which boasts a long electric range and even lower emissions. Let’s take a look at what it’s like.

Let’s get something out there off the bat – prices for the RAV4 PHEV start from £47,395 which, in anyone’s money, is quite a lot. It’s just over £8,500 more than the equivalent Mitsubishi Outlander – a longstanding presence in the PHEV SUV segment – and considerably more than many conventionally-driven SUV.

But while the RAV4 PHEV’s high list price might put it out of the reach of many private buyers, this is a car which has been designed with business users in mind. Thanks to CO2 emissions of 22g/km, the RAV4 brings a benefit-in-kind rate from six per cent, meaning that a first year BIK for a 40 per cent taxpayer will be £1,136 – lower than the £1,765 an equivalent business user will have to pay for the Outlander.

The PHEV we’re driving here uses the same basic layout as the standard hybrid RAV4, but with several important tweaks. Of course, the ability to plug it in to charge is one of the main ones – a full charge will take around two and a half hours via a home wallbox – but there are other changes here, too.

Though the rear motor remains the same, the front motor increases from 88kW in the standard hybrid to 134kW here, while the battery capacity swells considerably from 18.1kWh from 1.1kWh. The 2.5-litre four-cylinder petrol is left unchanged, but the total power output stands at a considerable 302bhp and 227Nm – an 83bhp gain on the standard hybrid. Cleverly though, when the batteries are completely drained of charge, the RAV4 reverts to being a ‘regular’ hybrid – gaining small amounts of assistance from the motors with the last remaining energy – rather than relying solely on the engine.

Toyota says that you should be able to see up to 46 miles in fully electric mode as well as up to 282.4mpg with the batteries fully topped up.

With that headline power figure, it’s little wonder how the RAV4 PHEV manages to feel so brisk from behind the wheel. Of course, with its heavy batteries, the performance on offer isn’t supremely urgent, but the claimed 0-60mph figure of just over eight seconds feels on the money and more than adequate for a car of this type. The car’s various modes allow you to take control of the way the battery power is used, but we found that when left to its own devices the automatic setting intelligently deployed the electric power at the right time.

The ride is a touch brittle at slower speeds but composes itself at higher ones. There’s also an impressive amount of body control, too, while the silent running that the electric mode brings ensures that the RAV4 PHEV moves around town in comfortable silence. Oh, and once we ran out of charge we were still seeing around 70mpg – an added benefit of the car’s ability to revert back to a traditional hybrid once the battery charge is depleted, opposed to relying solely on the engine.

The RAV4 was already one of the most eye-catching SUVs on sale today, so Toyota has, understandably, kept that all largely the same for the PHEV version. There are a few notable differences, however, such as the dark mesh grille and metallic mouldings for the front bumper.Around the back, this metallic finish is continued, while on all four corners sit 19-inch alloy wheels which feature a design unique to the plug-in hybrid variant.

The RAV4’s interior has a pleasing focus on practicality and it’s good to see that this hasn’t been lost on the plug-in hybrid model. The rear seats, for instance, are spacious and offer up plenty in the way of both head and legroom. The boot, at 520 litres, is wide and easy to access thanks to the smallest of boot lips. Thankfully there’s a storage area under the boot floor where you’re able to keep the charging cables, so these don’t have to eat into your total load area.

Up front the cabin is bright and spacious, while the seats provide plenty of support. The view out of the front isn’t impeded too much by the pillars, either, meaning that visibility remains good. There are some harsher plastics used in certain areas of the cabin, but this is a largely well-made place to be.

Given that the RAV4 plug-in hybrid starts from just shy of £50,000, it’s a relief to see that Toyota has fitted it with plenty of standard equipment. You get 19-inch alloy wheels, dual-zone climate control with a remote function and a power boot all included, as well as Toyota’s Safety Sense 2 system, which incorporates adaptive cruise control, rear cross-traffic alert and a pre-collision setup – among other features.

‘Our’ range-topping Dynamic Premium car – priced at £50,895 – added black leather seats and a panoramic roof, as well as a premium sound system. A nine-inch touchscreen system is standard on both and while it does feature all of the main functions that you’d want, it falls behind rival systems in terms of outright design and ease of use.

For private owners, the RAV4 plug-in hybrid makes little sense. It’s simply too expensive compared with rival SUVs, despite its good amount of standard equipment. For these drivers, it’s likely that the regular – and still very accomplished – RAV4 will be more than adequate.

When it comes to business drivers and fleet operators, however, this plug-in hybrid’s low emissions and decent electric range will prove very attractive indeed. The fact that the RAV4 is good to drive and practical will only prove to be the icing on the cake for these buyers.